Legislators have proposed a new bill -- The Research Works Act (HR 3699) -- that would end the open access efforts by the National Institutes of Health and effectively prohibit any other federal agencies from implementing similar programs. The AAP, not surprisingly, is a supporter of the legislation. You can read my take on the bill over on Inside Higher Ed. Or you can just trust me when I say "this is bad, bad news."

Oooooo! Rumors about Apple! It's the Gatorade of technology journalism! And this time, the rumors are about education too. Apparently Apple will be holding a press event some time this month, and according to "sources close to the company" (or something) Apple will make an announcement about textbook publishing and iTunes U. The rumors are fed, in part, by Walter Isaacson's biography of Steve Jobs which suggested that the textbook industry was the next target on Jobs' list of who to disrupt. Last year, I questioned exactly how disruptive these plans really sounded. Stay tuned, I guess.

The Aakash Tablet -- an Android tablet subsidized by the Indian government so that it cost only $47 -- has run into some problems. According to The New York Times, the manufacturer sold out of the device after over 1 million pre-orders. But as The Digital Reader points out, that's likely to mean over 1 million angry customers as the cheap devices are... well... cheap.

A great tool for anyone who needs to pull together a bibliography, EasyBib has finally released the Android version of its app. With EasyBib, you simply snap a photo of the ISBN and the app will pull out all the information necessary for an MLA citation. (If you need to use APA or Chicago-style, that requires a subscription to the app which is otherwise free.)

Thanks to a tip from yours truly, my former colleague Sarah Perez did a little digging into the security of password changes in Chrome OS. When I did my regularly-scheduled password changes January 1, I was pretty shocked to see that my Chromebook did not update to my new Google account password. Sarah has more information over on Techcrunch. 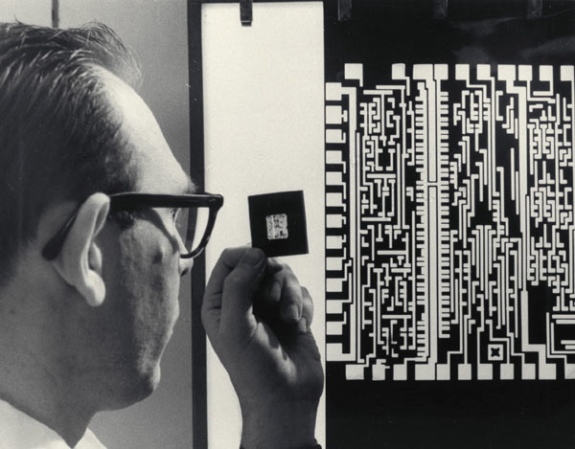 Joy of learning aside, I confess, I've always sort of wished we had the Matrix-like technology so that BAM! I could know kung fu. Science Daily reports that neuroscientists from Boston University and ATR Computational Neuroscience Laboratories in Kyoto, Japan have demonstrated that by manipulating a person's visual cortex they could "use decoded functional magnetic resonance imaging (fMRI) to induce brain activity patterns to match a previously known target state and thereby improve performance on visual tasks." In other words, without practice or knowledge, people's performance could be improved through this visual neurofeedback. Here's the link to the original research paper published in last month's Science.

The Chronicle of Higher Education covered research about textbook usage out of Daytona State College with a story titled "New Study Shows E-Textbooks Saved Many Students Only $1, prompting "CogDog" Alan Levine to question the article's headline and focus. No doubt pricing is an important obstacles to students' adoption of digital textbooks, but the original study published by EDUCAUSE is probably worth reading in its entirety for its other findings outside the obvious financial factors.

The tutoring website Tutorspree has released data about the "State of Tutoring", pulling information about the amount of money tutors make, the subjects they teach, and what subjects students are interested in. Math is the most frequently taught (28%) and has the highest demand (25%). Interestingly almost one-fifth of students say they're looking for a programming tutor, a subject taught by just 3% of tutors on Tutorspree.

A fascinating response over on the Q&A site Quora to the question "What's it like to have an understanding of very advanced mathematics?" Worth reading in its entirety, but here's a bit of the long, bulleted answer: "You are comfortable with feeling like you have no deep understanding of the problem you are studying. Indeed, when you do have a deep understanding, you have solved the problem and it is time to do something else. This makes the total time you spend in life reveling in your mastery of something quite brief. One of the main skills of research scientists of any type is knowing how to work comfortably and productively in a state of confusion."

Khan Academy announced this week that it was again expanding its faculty. The new hire: "mathemusician" Vi Hart. (Sal Khan himself also participated in a recent AMA (Ask Me Anything) on Reddit. You can read the Q&A here.)

Piazza, on online Q&A site for university classes, announced this week that it's raised $6 million in investment. The startup was founded by former Facebook engineer Pooja Sankar, who described some of her impetus behind creating the site in a blog post on Women 2.0 last year: "So when I got to IIT Kanpur as one of only three girls in the computer science program, I was well prepared academically but on a different planet socially. And when I saw the boys in my class collaborating on assignments, I understood that academic life and social life were one and the same. Until I developed the social skills to interact with my professors and my peers, I struggled academically."

The learning management system startup Coursekit announced that it's raised $5 million to, according to The New York Times headline "reinvent the classroom." I looked at Coursekit here and here when it opened to the public late last year. Unlike the traditional LMS, Coursekit isn't aiming for institutional contracts; rather it's targeting professors directly.

Reminder: the deadline for the "Badges for Learning" competition is January 17. For more information, visit the DML Competition's website.

Remember how I predicted robot graders in 2012? Well, the blended learning service provider Open Education Solutions is sponsoring a competition via the data science contest site Kaggle for just that thing.