More Digital Textbooks For Sale in More College Bookstores (So What?) 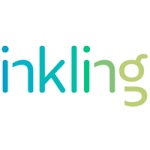 Interactive textbook publisher Inkling announced today that it’s struck a distribution partnership with Follett, the largest college bookstore retailer in the industry. Follett, which operates some 900 college bookstores, says it will make “hundreds of titles” from Inkling available to its customers in the fall.

Students will be able to buy the Inkling titles online or in their local bookstores, using multiple payment methods including financial aid. They’ll also be able to take advantage of Inkling’s “Pick 3” pricing alternative whereby students can opt to just purchase 3 digital chapters rather than an entire textbook.

Follett boasts some 5 million students across the campus bookstores it serves, and that number clearly bodes well for Inkling which will now have its brand and app in front of these potential customers.

But the operative word here might be “app,” as Inkling remains iPad only. The startup does say that an HTML5 Web app is in the works, but until then, its titles all remain bundled with a rather expensive piece of hardware. That’s not to say that college students don’t have or want iPads, of course. (They do.) But nor does that iDevice desire or ownership mean they necessarily want digital textbooks either. (Students’ attitudes towards them remain lukewarm.)

Read the rest of the story on Inside Higher Ed