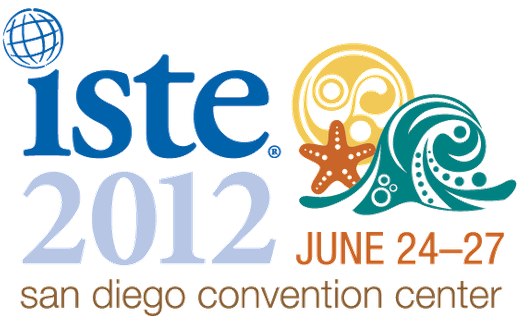 Apologies for the light posting this week. I’m currently working on a book chapter, an article for EDUCAUSE, a script for a documentary, and a keynote for the CALI Conference – all with deadlines this week. I’m also hitting the road today for a little jaunt down the left-hand coast, eventually ending up in San Diego.

San Diego is, of course, the location of this year’s ISTE conference. It’ll be the eighth one I’ve attended. In fact, the last time I was in San Diego was to attend NECC 1998 (NECC, the National Educational Computing Conference was rebranded to become the ISTE Conference in 2010). Lots has changed in my world in the intervening 14 years. So what’s changed in at the world’s largest education technology conference?

The major themes from NECC ’98 were:

No doubt, many of those themes remain awfully relevant today: tech integration, tech infrastructure, digital learning, Internet access. Gone are the CD-ROMs, sure, and we don’t talk much about “hypermedia” these days; there are new tools and technologies that you’ll see demoed in sessions and on the exhibit floor. And yet many of the brand names in that exhibit hall are fairly familiar too. The big publishing companies are there year after year, as are many of the big technology companies.

The exhibit hall at the conference is a strangely awful thing. It’s grown considerably over the last decade-and-a-half. NECC ’98 had 284 exhibitors. Last year in Philadelphia, there were over 500. It’s easy to criticize this aspect of the conference and argue that it’s a sign that ISTE is beholden to corporate interests. But I think too the exhibits reflect the (unfortunate) realities of the education market – the wooing and wowing of those who make purchasing decisions for schools and districts.

In the past, there have been few startups in the exhibit hall at ISTE. A booth is an expensive proposition, after all. Maybe it’ll be different this year, with so many educationn startups flush with investment cash. I hope not though. I think the promise of ed-tech startups lies in part in disrupting the old enterprise sales cycle and a lot of the incumbant players.

The exhibit floor at ISTE isn’t the place that I look for innovation. But it is a good place to look at how those incumbant players are responding to innovation elsewhere. Some of what I’m looking for from exhibitors:

Despite the work I do writing about technology companies, the exhibits really aren’t the draw for me. I’ve ignored almost all of the requests I’ve received for meetings. The keynotes at ISTE can be hit or miss (I am quite looking forward to Yong Zhao’s Tuesday morning keynote this year, however). And I rarely make it to many sessions.

Honestly, attending ISTE feels likes a social gathering as much as a professional one. It’s my annual opportunity to spend time offline with the folks I interact with online, with the folks that I envision as the audience for this blog, and with folks I’ve known a long, long time thanks in part to NECC and ISTE. It’s a little depressing then to look at the list of themes from NECC ’98 and consider what’s changed and what hasn’t since the last time I was in San Diego. So many of us have been at this so long. It’s exhausting.

But I’m feeling a little sad about the stability of the ISTE conference for other reasons: because it will be Anita McAnear’s last. She’s retiring from ISTE in July after being with the organization since its founding in 1979. She has been at the heart of the organization, the conference, its publications, its NETS standards. The heart and, as a recent L&L article called her, the human social network. She has so much history and knowledge about technologies and teachers stored in her head. (Confession: I feel a little sick to my stomach as I type that. OMG, I hope she’s written some of it down…) She is one of the kindest people I’ve ever worked with, and when people tell me that I’m well-connected or well-versed in ed-tech, I always want to say, “Yeah, but I’m no Anita McAnear.” (And I’m nowhere near as nice.)

Despite all the marketing spin on how the latest educational software or hardware will revolutionize teaching and learning, things don’t change all that much in ed-tech. If nothing else, ISTE is an annual reminder of that. But I think Anita McAnear’s retirement will mark a big change for the organization. I’ll guess we’ll have to tune in next year to see how it all plays out.

Meanwhile, you’ll probably be able to find me this year at the Bloggers’ Cafe. Hope to see you there.