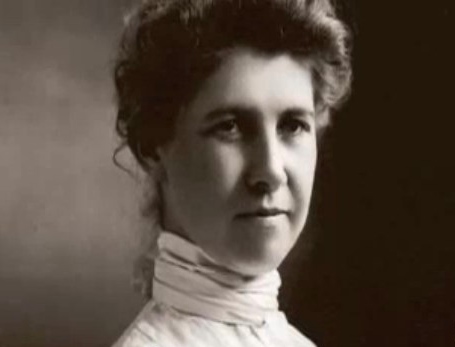 The teachers in the third largest school district in the United States went on strike on Monday for the first time in 25 years after failing to reach an agreement with the Chicago Public Schools. The issues at stake here aren’t simply matters of pay or benefits, although that’s how some in the media are portraying it, noting that the average salary for teachers in the city is $71,000. (In fact, Chicago is among the least well-funded large urban school districts in the country, and there is alarming inequity among those schools.) The strike is, in many ways, trying to put the brakes on a neoliberal future of education as envisioned by Democrats like Barack Obama, Arne Duncan, and Rahm Emanuel — all Chicagoans — and Republicans like Jeb Bush and Chris Christie: fewer unions, more charter schools, and more standardized testing used as a stick to punish teachers and schools. A recent poll says 55% of Chicagoans support the strike.

Google released Course-Builder this week, an open source platform that it utilized for its “Power Searching with Google” online course. I haven’t had a chance to dive into the code, but I really do like the analysis offered by Phil Hill who argues that this is less about open-sourcing a MOOC platform and more about offering a competitive service (that is, Google App Engine) to Amazon Web Services, the cloud infrastructure that most ed-tech is currently being built upon.

Not to be outdone by all the other big box retail toy stores (LOL), Toys R Us announced it would be launching its own tablet this week: the $149,99 Tabeo is a 7” Android 4.0 tablet with a soft, removable bumper case.

The Education Superhighway, a non-profit focusing on broadband speeds in U.S. schools, had its official launch this week with a “National Speed Test” so that schools (and the FCC) can identify the need for Internet upgrades. While 99% of K–12 schools in the country do have Internet access, some 80% have Internet that’s less than 100Mbps. You can test your school’s Internet speed here: SchoolSpeedTest.org.

EverFi, a company that offers schools software to help teach “life skills,” announced this week that it’s releasing the first open-source badging platform, called “Sash.” Sash uses the protocols and metadata formats laid out by the Mozilla Open Badges Infrastructure. The GitHub repository for EverFi Sash can be found here.

Unglue.it, a startup that helps crowdfund the “ungluing” of books (that is, releasing digital versions in openly licensed and DRM-free formats) has made available the book from its first successful campaign: Oral Literature in Africa. (See my coverage of the startup here for more details.)

Europe’s digital library Europeana opened up the data on some 20 million cultural items from its collections this week. The Guardian calls it “a coup d’etat for advocates of open cultural data.”

OER site Curriki has launched a free Algebra 1 course. I had a demo of the site last week, and wow, I’m really behind on writing up my OER research, huh.

This “update” from Hachette is a downgrade: Overdrive informed its customers this week (libraries and schools that utilize its e-book rental platform) that Hachette was raising the prices on approximately 3500 by an average of 220%. As The Digital Reader’s Nate Hoffelder points out, that leaves the current e-lending-to-library market looking like: “2 major publishers which charge high prices (Hachette, Random House); 2 major publishers which won’t sell at all (Macmillan, Simon & Schuster); Penguin, which is only selling ebooks to ibraries grudgingly and with support for the Kindle explicitly blocked; HarperCollins, which imposed a 26 checkout limit for library ebooks.”

Job openings are good news. Universities looking to hire tenure track faculty in English, also good news. But bad news out of Colorado State University: Old PhDs Need Not Apply. Rather, if you’ve received your degree before 2010, you’re sorta a has-been, your smarts have expired, or something. More on this in Inside Higher Ed.

The State of Georgia plans to close its archives to walk-ins as of November 1, making it the only state not to offer publicly accessible archives. There’s a Change.org petition being circulated. Georgia’s Secretary of State cites budget cuts as forcing the move.

The OECD released its latest round of education data this week. As usual, The Guardian’s Data Blog is the best place to go for visualizations as well as easy access to the data for you to download and play with on your own. The OECD “Education at a Glance” report is an interesting look at education spending, class sizes, and teacher pay. As The Atlantic’s Jordan Weissmann points out, these figures highlight “the glaring lack of education mobility” in the U.S. That is, if you were born to parents who didn’t make it through high school, chances are you won’t either. Furthermore, there are serious downward mobility trends in this country too, with many children being less educated than their parents. How is this related to economic mobility, which despite all the promises of the American Dream, seems to be missing in the U.S. as well?

Inside Higher Ed looks at some early data from MITx’s Circuits and Electronics class and finds that 80% of respondents said they’d already taken a comparable course at a traditional university before signing up for the MOOC.

A recent survey by the LEAD Commission has found that parents and teachers believe we should spend more money on classroom technology. Some 60% said they felt that the U.S. was “behind the curve” when it came to technology integration in the classroom.

Dell also released results from a survey it undertook with some 1500 students, parents, and teachers in the U.S., Germany, and China this week. (PDF) The results aren’t terribly surprising: much like the LEAD Commission, they suggest people don’t believe we’re using enough technology in the classroom. One interesting finding: Chinese respondents were more positive than others about the use of social media in the classroom. Of course, social media is strictly controlled in China, so I’m not sure how that shaped the responses.

Check out the interesting, interactive visualization in The New York Times about student loan debt and college costs.

It’s not really a “funding” story per se, but oh well: The New York Times reports it’s boom times for the debt collection agencies going after those who’ve defaulted on student loans.

But wait, this is funding news, right? We should be tracking on things like ed-tech startup investment alongside things like the fact that Pell Grant spending fell by $2.2 billion in the last year. One reason for the decline: the elimination of summer funding.

And in related news, Venture Beat reports that SoFi, a startup that connects student borrowers with alumni investors, has raised $77 million in investment. I guess I don’t see how this, as the headline reads, “solves the student debt crisis,” but what do I know.

News from two companies I’ve never heard of, I confess, but according to Techcrunch SimpleTuition, a student loan comparison site, has acquired ValoreBooks, an online textbook marketplace.

Never one to pass up on anything trendy in education, the Gates Foundation has announced that it’ll be offering grants of up to $50,000 for institutions that offer MOOCs in “high-enrollment, low-success introductory-level courses.” Because clearly the way you tackle low-success introductory courses is throw students into a scenario where the going rate of completion is about 10%.

Stanford University announced 16 new online classes that it’s offering this fall. Interesting to note: they’re spread across a couple of platforms — Coursera, the startup founded by Stanford professors Daphne Koller and Andrew Ng, and Class2Go, a platform created by some other Stanford engineers (and open-sourced this week), and Venture Lab, a third Stanford-created platform, this one focused on students working in teams.

YouTube is teaming up with Khan Academy to hold a competition to identify the “Next EDU Gurus,” that is talented video educators. The search begins now to find “10 super talented and engaging content creators who we’ll support with training, promotion, and a $1000 B&H gift card for production equipment, so they can take the next step in their YouTube - and education - careers,” says Google, and the contest closes October 1. I hope everyone who created a MTT2K video applies.