What Can We Learn From USV's "Research" into Online Education 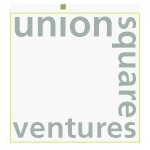 Union Square Ventures, a New York City-based venture capital firm, announced yesterday that it was opening up its research and sharing some of its hypotheses about tech startup markets and by extension its investment-making decisions. Kudos to USV because as is the case in many, many sectors, there are plenty of folks who argue that you must keep this sort of knowledge locked up and proprietary.

Of course, the investment firm already bucks the propensity towards “closed” with the prolific blogging of partner Fred Wilson, whose AVC blog offers insights into the business of technology startups.

Why should educators and ed-tech folks care about USV’s openness? For starters, because the firm has made a number of key investments into education startups, including Codecademy, Duolingo, Edmodo, and Skillshare. (USV’s portfolio also includes Tumblr, Etsy, Kickstarter, Zynga, and Twitter.) And in no small part due to Wilson’s thoughtful blogging, USV is incredibly well-respected in the tech industry.

But educators also need to pay attention here as the philosophies and practices of investors are a crucial part of “The Audrey Test, Part 2” — what every educator needs to know about tech. VCs own a stake in the companies they invest in; they sit on Boards of Directors; they can dictate -- or at least push -- those companies’ directions. With the explosion of interest in ed-tech entrepreneurship, the investors’ role shouldn’t be overlooked.

And most importantly in this case, educators should pay attention here because the first sector that USV has opted to open its research into is education.

USV’s Hypotheses about the Business of Online Education

USV has published both a Google Doc with its “overview of online education” as well as a list of its hypotheses about the sector. These are:

1.  We’re skeptical a business model that charges for content will work at scale and in the long run.

2. We expect education platforms that offer vertical content and/or specific education experiences will be more successful than horizontal platforms, though we think credentials and careers offer two opportunities for horizontal aggregation

3. Without credentialing or careers, online education seems aspirational and removed from the day-to-day of many people.

I think there’s plenty to question here with these 3 hypotheses. Will people really not pay for (educational) content? If we are to rely on free (user-generated?) content then (instead monetizing the platform it’s shared on, for example), what do those business models look like? (We can look to two USV investments — Tumblr and Twitter — for possible answers there.) How does that business model impact users’ ownership of their data, their content, their learning?

Are we still fetishizing credentials, right at the moment where the monopoly that higher education has over them seems the shakiest? In other words, as that monopoly starts to crumble, rather than broadly re-examining our demand for credentials, are we just going to have new providers and new markets rise up, competing for a slice of that old idea of degrees and diplomas?

And finally, how do we reconcile these three hypotheses with the USV portfolio? Do investments in Codecademy (no credentials, but WOOHOO! badges), Skillshare (no credentials), and Edmodo (a horizontal platform) make sense? With these hypotheses, what other startups will get (or could get) funded? What's being left out?

More troubling here — much more troubling — is the Google Doc with the firm’s “research” into online education. I’m using the scare quotes intentionally here because what USV has shared in it is shockingly bad. The "research" is a dozen or so blog posts and articles from the popular press, along with a handful of TED Talks. The closest thing to research included in the document is a Stanford University report on charter school performance in Pennsylvania. As Greg Wilson notes, “It appears USV doesn’t know there are people who actually study this stuff carefully, rather than just have opinions about it.”

I can’t help but invoke the blistering book review that Stephen Downes penned last year of Anya Kamenetz’s The Edupunk’s Guide to DIY Credentials in which he posits that she confuses "research" with doing a search on the Web. Indeed, what Union Square Ventures has published isn’t “research.” It’s not a literature review. It’s not a history. There's no explanation of the problem(s) of education -- their causes and what online education can solve. It’s not even a particularly good overview of online education in terms of potentials for learning (LOL "learning") or making money. It feels like the results of Googling “online education" -- maybe "education technology disruptive innovation."

The author of the report, Christina Cacioppo, commented on Greg Wilson’s blog, echoing his complaint that part of the problem with the sector is that a lot of academic research on online education remains paywalled. I do recognize that the traditional research and publishing practices are a major problem in higher education; but I’d love to see one example of a resource that Cacioppo opted to not include in her document because it wasn’t available on the open Web. Those still could’ve been included in the document, you know, with the suggestion you visit your local university library to read more.

She writes, “we do know people study pedagogy, online and off, and publish their research. Much of the research is paywall’d, as you point out; we’d love if more academics kept blogs, but they’re few and far between. If there are specific people we should be following, we’d love to hear about them.”

That feels pretty disingenuous to me, and not just because I know a heckuva lot of educators who blog (although yes, not nearly enough). But that statement neglects the history of open education and the decades of work by those in education (and in ed-tech) who have made their work publicly and openly and freely available. It also overlooks the history of the Web itself — that initial move by Tim Berners-Lee to make scholarly research more easily sharable. Of course, the future, as Fred Wilson has argued, isn't the Web, it's mobile. But I digress...

Once upon a time, someone asked me why I don’t offer my services to investors, and I laughed. I figured, heck, they can read my blog. (Well, if they can stomach it when I use expletives to describe their investments. Ooops. My bad.) And it's free (see USV hypothesis #1). But I figured too that with the money at their disposal and with the risk they were assuming that investors could (and they would) hire researchers and experts to help them make informed decisions -- not just about the markets and potential for return on investment. I guess that’s my naïveté. (It's also part of the inspiration for these Audrey Tests.)

If USV is any indication, there’s not a lot of research being conducted by investors into education and technology. (And again, this is a firm that is known for making smart tech investments, so make of that what you will). There’s a lot of interest. There’s a lot of deal flow. But if it’s based on TED Talks and articles in The New York Times and The Atlantic, then it’s a bit like the decisions made by the business folks who sit on the University of Virginia’s Board of Visitors, who read a David Brooks op-ed and fired the university president because they felt as though the school wasn’t jumping on the MOOC bandwagon with enough gusto. And we all know how well that turned out.

Of course, the decision-making process of the Board of Visitors wasn't done openly. We know about the thought-processes that went into firing Teresa Sullivan because emails were leaked, not because Google Docs were posted online.

The act of opening up the USV research is certainly a commendable one, and one of the benefits, if nothing else, is that it can prompt some discussions among educators and technologists alike about the substance (or lack thereof) of this research and about the future of online education and ed-tech. Because as it stands, this is pretty troubling for the future of online education and ed-tech.