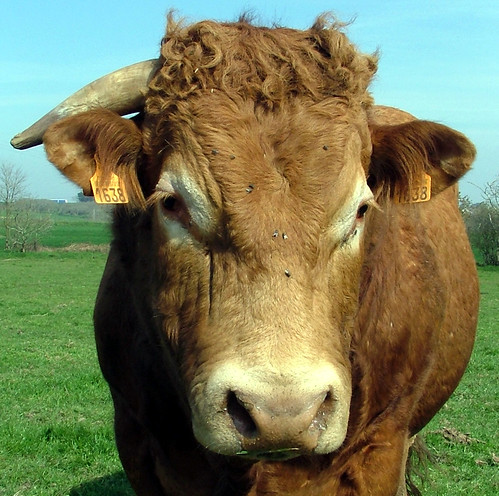 UC Irvine professor Richard McKenzie left his Coursera-run economics MOOC mid-stream this past week “because of disagreements over how to best conduct this course,” reports The Chronicle of Higher Education. According to the article, a UC Irvine dean said those disagreements stemmed from the professor’s “reluctance to loosen his grip on students who he thought were not learning well in the course.” Tweets from students in the class add another dimension to story — storified here. The course is continuing without him.

FutureLearn, the UK’s MOOC platform, announced that it’s expanding the number of university- and organization-members, with the universities of Bath, Leicester, Nottingham, Queen’s Belfast and Reading all joining, along with the British Library. [Insert Fathom joke here…]

6.003z, the learner-run MOOC created as a follow-up to the MITx class 6.003x (and one of my favorite education startups of 2012), is preparing to run again this spring.

edX, the non-profit MOOC platform funded initially by MIT and Harvard, announced a major expansion this week, adding six new schools to its consortium: The Australian National University (ANU), Delft University of Technology, École Polytechnique Fédérale de Lausanne (EPFL), McGill University, the University of Toronto, and Rice University. According to documents obtained by The Chronicle of Higher Education, edX plans to offer participating institutions two choices regarding revenue-sharing: one based on a self-service model and one based on an “edX-supported model.” It’s still not clear, however, where exactly this “revenue” is going to come from.

Shocking, I realize, but some other non-MOOC-ish things happened too…

Making the Grade… Or Not

Judge Emil Giordano ruled this week that there was no breach of contract in the case of Lehigh graduate student Megan Thode and that, as such, she was not eligible for the $1.3 million in damages that she’d claimed, stemming from the C+ grade she got for a class.

Johns Hopkins University professor Peter Fröhlich grades on a curve, whereby he gives the student(s) with the highest mark on an exam 100% of the points. It’s been the “most predictable and consistent way" of assessing students’ work, he says. Until now. The students in his fall classes all boycotted the final exam, and hence the zero points they received became the highest score — they all received full marks. He’s changed his grading policy now, but kudos to him for honoring it in the first place — and a big thumbs up to the students who hacked his system.

The test-prep company Kaplan announced that it was launching an ed-tech startup accelerator program in NYC, in partnership with Techstars. Techstars will invest $20,000 in the startups accepted to the program, who’ll get office space, access to the "Kaplan Way for Learning” proprietary program, and mentorship from “industry leaders” — a bunch of entrepreneurs and investors but according to the press release at least, not a single educator.

Pearson also announced that it was launching an ed-tech startup accelerator program in NYC. No funding involved with this one, although Pearson says it will mentor the startups (yay?) and then send them to London for a demo day (wheee.)

It’s time once again for the Microsoft-sponsored Imagine Cup, a student technology competition. Microsoft has doubled the cash prize amount this year and has also launched several awards aimed specifically at women developers: the Women’s Empowerment Award and the Women’s Athletics App Challenge.

Wordpress.com unveiled a new education vertical to encourage teachers to use the blogging platform. (Nicely timed with the news below, I guess…)

Twitter announced this week that it was closing down Posterous, a microblogging platform that it acquired last year. You have until April 30 to pull out your data before everything — about 4 million blog posts, links, and so on — goes kaput. Pro tip: if you are now considering moving from Posterous to Tumblr, you’re doing it wrong.

Oxford University announced this week that it was blocking access to Google Docs, stating that the tool had been used in a series of phishing attacks. While the shut-down only lasted a couple of hours, it served to highlight increasing cybercriminal activity (and concerns about cybercriminal activity).

Celly, one of my picks for the best education startups of 2011, announced this week that it’s raised $1.4 million in funding. Celly, which provides a safe text-messaging service for schools (and for other community organizations), also released a free iPhone app.

Quad Learning announced that it has raised $11 million in funding. The company is building a national network of honors programs at the community college level.

Tutorspree, which as the name suggests offers a platform for finding tutors, has raised $800,000 in a Series D round of investment, reports Techcrunch.

BrightBytes, a startup that helps schools measure whether or not technology is affecting student achievement, has raised $750,000 in funding from Learn Capital, New Schools Venture Fund, and, according to Techcrunch, “an unnamed ‘strategic investor in the education sector.’”

Student Loan Hero, described as a “Mint.com for student loans” has raised $100,000 in funding. Not much. But enough for a press release and a Techcrunch story. So there’s that.

Stanford became the first university to raise over $1 billion from donors in a single year, according to the Council for Aid to Education. Although charitable giving to universities did increase between 2011 and 2012, it still hasn’t returned to pre–2008, pre-recession levels.

The Washington Post reported a fourth quarter loss of $45.4 million and took a $111.6 million write-down of Kaplan Test Prep. So there are some great lessons there, I’m sure, if you plan to join the Kaplan ed-tech incubator program, right?

The Three-Fifths compromise was a good example of how compromise has helped the US “to form a more perfect union.” — Emory University President James Wagner.

"Education is the Afghanistan of technology.” — Google’s Peter Norvig.

Research and Data and Other Numbers-Related News Items

Teacher job satisfaction has reached a 25-year low, according to the 29th annual MetLife Survey of the American Teacher.

Non-US students perform better on the quantitative section of the GRE than do US students, says the Educational Testing Service. Cue the “schools are broken” meme.

According to a study conducted by Columbia University’s Community College Research Center, “students in demographic groups whose members typically struggle in traditional classrooms are finding their troubles exacerbated in online courses.”

Khan Academy bragged this week that it has recently surpassed one billion problems answered on its platform. “Why would students voluntarily complete one billion math problems?” Shantanu Sinha, the president of Khan Academy, wrote in a Huffington Post piece. Um, this Storify, gathered from students’ tweets, might give you some idea.

More and more jobs are requiring applicants have a college degree, even for positions that haven’t traditionally called for one, according to a story in The New York Times.

A study appearing in the Journal for Advancement of Marketing Education finds that college students continue to prefer print textbooks over digital ones. Some of the reasons: print offers fewer distractions, is easier to highlight and annotate, and offers better accessibility (h/t Nick Carr).