The Weirdness of SXSWedu 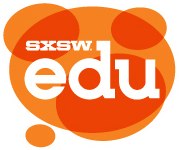 “Keep Austin weird.” That’s been a long-time slogan of the Texas town, adopted by the local business and artist community. It's a slogan that has always worked well in conjunction with the annual SXSW festival.

I like that weirdness, Austin’s blend of indie, counter- and subculture traditions.

But when I say that SXSWedu was “weird” that’s not necessarily what I'm referring to at all. I don’t actually mean it was terribly “funky,” “eccentric,” or “offbeat.” In many ways, I found this week to be more like some of the word's other meanings: “strangely unsettling” and at times “disconcerting.”

After last year’s SXSWedu, I thought hard about whether or not I’d come back. But I figured that as it was only the event’s second year, I’d give it another shot; I’d do what I could to improve things rather than to simply shrug and walk away. I sat on the event’s Advisory Board (meaning I reviewed proposals as part of the SXSW Panel Picker process) for example.

One of my criticisms of last year’s event was that it felt very much like the Pearson show. Indeed Pearson was a major sponsor. Pearson’s then-CEO was a keynote. Pearson people seemed to be on a lot of panels, and many of those panels reflected topics Pearson clearly wanted discussed. Educators were in short supply at the event. (I remember one of the parties, where two educators went around the room asking who was a classroom teacher. At a jam-packed event, they could only find two others who were.)

Unfortunately both these issues — the corporate-driven conference agenda and the lack of educators — seemed to be exacerbated this year.

According to The Chronicle of Higher Education, however educators did make up 60% of the audience. (Those that I informally polled about this pegged the educator presence as between 20 to 40%.) No matter the actual figure, the perception here matters — “this isn’t an educator conference,” one person said to me — as does the sense among many attendees that there were two distinct tracks at SXSWedu: one for entrepreneurs and one for educators, and to quote Rudyard Kipling, “never the twain shall meet.” And sadly worse — they do meet, but the gulf between them becomes greater. Such things happen when teachers hear things like “learning outcomes matter — once we make money for our investors.”

The event’s director Ron Reed told The Chronicle that “Frankly, we like that tension” between entrepreneurs and educators. No doubt these tensions exist — we needn’t manufacture them and we shouldn’t try to obscure them. And sometimes these tensions can be used quite fruitfully, if — if — we recognize them and, as such, have the difficult conversations that we must among educators and industry folks. (Note: this does not mean simply using SXSWedu as an opportunity to corner some teachers as a focus group for your startup ideas.)

It’s been a while since I reviewed panel proposals for SXSWedu, and I can’t remember any trends that really stuck out among those I looked at. But I thought the conference organizers did a pretty good job pulling together a program that covered a range of important topics and trends: MOOCs, Maker culture, gaming, entrepreneurship, data and analytics, and so on.

Return of the Weird?

Of course, event sponsorship is always awkward and frequently awful. And it’s rarely the panels or keynotes themselves that are the most rewarding at any conference. Rather it’s the hallway and dinner conversations. These are more likely when and where those difficult and productive conversations happen. I do appreciate that SXSWedu provided more physical spaces and allotted times to encourage this sort of thing; but I can’t help but think that a more unconference-y SXSWedu would be weirder, less scripted, less corporate, and as such mo’ better. Looking at what SXSW Interactive has become, however, I won’t hold my breath.

Like all events that I attend, it’s the people — face-to-face — that make the travel worth it. New friends. Old friends. People I haven’t seen since last year in Austin —that’s key and that could well be the makings of a nascent SXSWedu community. But it’s pretty damn nascent, and I do wonder how much damage that “tension” between educators and entrepreneurs and that obvious corporate agenda has done to it.

So will I go back next year? I don’t know. It depends on if you’re going. It depends on the major sponsor, and hence the keynote speaker. (I have my predictions already about who that’ll be. Do you?) And frankly I think it depends, a year from now, on how “weird” — “punk” weird or “puke!” weird — ed-tech has become. 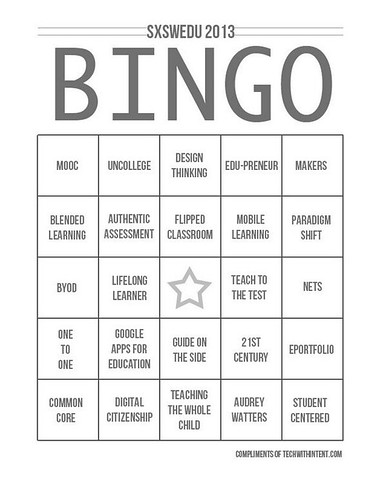