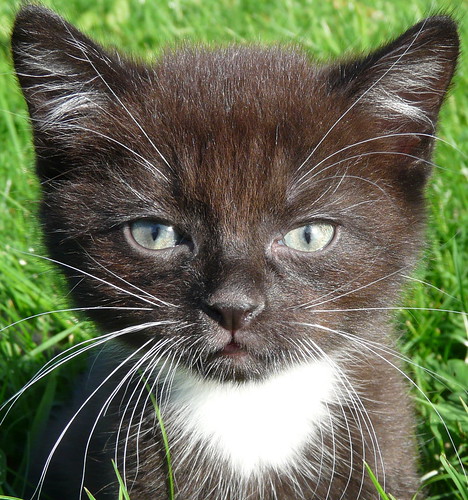 Thanks to the across-the-board budget cuts resulting from the sequester, NASA has suspended its public outreach and education programs, effective immediately. Good job, Congress. Way to support STEM education.

And because the U.S. legislative leaders are such smarty pants, they’re also making moves to restrict the National Science Foundation from awarding grants relating to political science, “unless the agency can certify them ‘as promoting national security or the economic interests of the United States." God forbid we study how democracy works — or, um, doesn’t.

The Supreme Court ruled this week in Kirtsaeng v. John Wiley & Sons, upholding the “first sale doctrine.” The case stemmed from a lawsuit by textbook publisher Wiley & Sons who sued a Thai student Supap Kirtsaeng who was purchasing cheaper versions of textbooks in his home country, then reselling them in the U.S. Wiley & Sons argued that copyright law bans this. “Nope,” said the Supreme Court thankfully.

The Department of Education released new guidelines this week to help higher education institutions navigate “competency-based education” and how and if they’re eligible to receive Title IV funds while doing so.

The city of Chicago says it is closing 54 public schools in order to address over a $1 billion in deficit that the CPS faces. Some 30,000 students will be affected by the decision. The majority of the schools are in Black neighborhoods. According to mayor Rahm Emanuel, the decision was a difficult one. (He’s been on vacation skiing, but did not offer a ski slope grading metaphor to explain just how difficult.) The mayor says the city closed the schools so that “all children in Chicago receive a quality education.” I call “bullshit.”

Maine plans to revise its contract for supplying the state’s public schools with computers as part of its one-to-one laptop program. That means schools can purchase tablets, not just laptops.

MIT says it plans to release documents relating to Aaron Swartz’s prosecution (Swartz, who committed suicide in January, was arrested in 2011 for downloading a massive number of JSTOR articles while using the MIT network.) More details via The Chronicle of Higher Education.

The Utah legislature has passed a law that would create a “cloud-based student achievement ‘backpack,”” allowing students and parents to access their education records from their entire school career, all in one place. Utah has earmarked $250,000 for this — a budget and a process to keep an eye on, particularly in light of the $100,000,000 that the Gates Foundation has poured into its student data infrastructure, InBloom.

California’s higher education faculty are pushing back on the proposed legislation that would require the state’s colleges and universities to grant transfer credit for online courses. In a letter, the UC Faculty Senate write, ““First, limits on student access to the courses this bill targets are in large part the result of significant reductions in public state higher education funding, especially over the last six years. Second, the clear self-interest of for profit corporations in promoting the privatization of public higher education through this legislation is dismaying. In fact, UC’s graduation rates and time to degree performance show that access to courses for our students is not an acute issue as it may be in the other segments. Lastly, the faculty of the University of California, through the Academic Senate, approves courses for credit at the University and reviews courses offered for transfer credit to determine whether they cover the same material with equal rigor. There is no possibility that UC faculty will shirk its responsibility to our students by ceding authority over courses to any outside agency.”

The Providence Student Union published this week the results of an experiment it conducted: giving 50 “successful adults” a math test based on the New England Common Assessment Program. In the state of Rhode Island, a new requirement says that students must achieve a score of at least “Partially Proficient” to graduate high school. 60% of the adults received a lower score. A publicity stunt? Sure. But it certainly does raise lots of questions about what sorts of things we should put on a test if we’re going to make a test mandatory for graduation.

“Coursera’s Contractual Elitism,” reads the headline in the Inside Higher Ed that examines the contracts that the online education startup is offering various universities who come on board. These contracts stipulate that Coursera will only partner with “elite institutions” (members of the Association of American Universities or “top five” universities in countries outside of North America). Funny way to “democratize higher education,” if you ask me.

Google launched a new free tool this week called Keep — a note-taking and storage app for Android phones. Considering the fate of Google Notebook (axed) and more recently Google Reader (axed), I’m not sure why anyone would want to use it to “safely store” anything.

Google also announced the availability of Chromebooks to schools in 6 more countries this week: Australia, Canada, France, Germany, Ireland, and The Netherlands.

Duolingo has released an updated version of its mobile app that includes offline mode and voice recognition. The language-learning and web-translation startup was one of my picks for the best education startups of 2011. More via Techcrunch.

Khan Academy says that teachers can now create accounts for students under the age of 13.

The launch of EA Game’s new SimCity has been fairly disastrous: issues of DRM, online-only requirements, and server failures. But hey, SimCityEDU has officially launched so I’m sure that’ll just be hours of problem-free city-building for schools to check out.

Microsoft unveiled a new programming competition this week, the Imagine Cup Kodu Challenge. The Imagine Cup is the company’s college-level contest; this new one is aimed at developers age 9 to 18 who develop video games with Microsoft’s Kodu software.

Formspring, the Q&A site that was enormously popular with teens (prompting concerns about cyberbullying from some) is closing down at the end of the month.

In news that should surprise no one, it appears that the Aakash tablet — the promised $35 device — faces an “uncertain future.” It’s already been plagued with problems: delays, the inability to meet demand. And now India’s Human Resource Development Ministry is expressing its doubts too, saying that it’s looking at other rival devices.

The Walton Family Foundation (of Walmart wealth and fame) has given the non-profit GreatSchools a $7.5 million grant, bringing the total its given to the site that encourages parents to rate and review their schools to $13 million.

The language-learning startup Babbel has acquired the iOS app-maker PlaySay, reports The Next Web. PlaySay will be shuttered and the app pulled from iTunes. It’s part of a move to help the Berlin-based Babbel expand into the US.

Techcrunch reports that Nearpod, an app that lets teachers project what’s on their screens onto their students’ iPads, has raised $1.5 million from New Schools Venture Fund.

EverTrue, an alumni social network, has raised $5.25 million in a Series A led by Bain Capital Ventures. More via BostInno.

The Chicago Public Schools have pulled copies of Marjane Satrapi’s autobiographical graphic novel Persepolis from classrooms and library shelves. There have been numerous, conflicting stories from the district as to why this occurred — a clerical error, said one source; denying the book was banned from another; arguing that the book was inappropriate, said another.

The entire editorial board of the Journal of Library Administration has resigned over disagreements with the publication’s publishers Taylor & Francis about issues of open access and authors’ copyright. (Taylor & Francis’ says it owns it.)

Another week, another reform group offers a report card for schools. This time, it’s the Digital Learning Now folks. (The organization is “a national campaign to advance policies that will create a high quality digital learning environment,” brought to you by former Florida governor Jeb Bush and former West Virginia governor Bob Wise — so you know, totally non-partisan and stuff.) The report card is based on on “ten digital learning elements,” such as student access, funding, and personalized learning. Congrats Utah on getting the only A (and it’s an A- at that.) As USF professor Sherman Dorn tweeted, “If someone will issue a “state report card” giving CT, IL, MA, & ND A’s, we’ll have perfection: EVERY state will have both an A and an F.”

The Chronicle of Higher Education published the results of a survey it conducted with professors who have taught MOOCs. (It was sent to 184 professors; 103 responded.) Among the findings: when asked if they believe “that students who succeed in MOOCs deserve formal credit from your home institution,” just 28% said yes. What can we learn from this? Well, among other things: that The Chronicle sorta sucks at making accurate pie charts. And that Techcrunch, which re-blogged the story with the headline “72% of Professors Who Teach Online Courses Don’t Think Their Students Deserve Credit,” can’t seem to regurgitate news accurately either.

Malala Yousafzai has gone back to school. The young Pakistani girl and education activist was shot in an assassination attempt by the Taliban last year and has been recovering in the U.K. since then. Over 32 million girls around the world are prevented from going to school, and Malala says she will continue to advocate for girls' education.