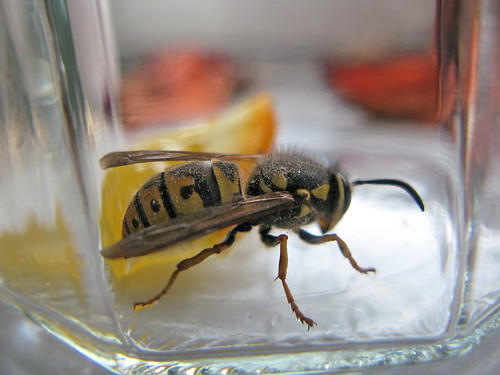 Udacity, Georgia Tech, and AT&T announced this week a partnership to offer an online Master’s Degree in Computer Science. The degree will cost less than $7000 (significantly cheaper than the MS that the university currently offers, in part because of the financial support for the program from AT&T), although anyone will be able to take the Udacity classes for free via its website. Udacity will take a 40% of the revenues, according to Inside Higher Ed, which also reports that Georgia Tech only plans to hire 8 or so more instructors to handle the new program, which is expected to have as many as 10,000 enrollees in the next 3 years.

Earlier this year Yale said it didn’t plan to “rush” into a MOOC decision, but this week it made public its plans to offer four courses via Coursera. This brings the number of institutions using Coursera as a MOOC provider to 70.

The University of Edinburgh has offered six classes via Coursera and released a report this week detailing its experiences. (PDF) Lots of details in the report about the university’s planning, course completion, and learners’ demographics (note: some 70.3% of those who responded to course surveys indicated they had completed a university degree.) According to the report, “It is probably reasonable to view these MOOC learners as more akin to lifelong learning students …than to students on degree programmes, which is a common comparison being made.”

Coursera announced this week that it’s partnering with a number of translation companies and philanthropies in order to translate its courses “into many of the most popular language markets reflected by Coursera students: Russian, Portuguese, Turkish, Japanese, Ukrainian, Kazakh, and Arabic.”

The Department of Education says it plans to fine Yale $165,000 for failing to report four forcible sex offenses on campus, as required under the Clery Disclosure of Campus Security Policy and Campus Crime Statistics Act.

California Governor Jerry Brown has proposed to spend $1 billion to help the state prepare for the Common Core. The money will include training, as well as funding for the technology infrastructure to comply with CCSS’s computer-based testing.

School’s out for summer for the 400 students in the Buena Vista school district in Michigan. And, to quote more Alice Cooper, it might be out forever as the district has fired all of its teachers and closed the doors to all the schools because it has run out of money. Students will be able to attend “skills camps,” for the remainder of the school year HuffPo’s Joy Resmovits reports.

Although the state of Maine chose HP as its vendor-of-choice for its one-to-one laptop program a few weeks ago, public schools in Auburn are ditching laptops altogether and adopting iPads for kindergartners through high schoolers.

Kiera Wilmot, the Florida teen arrested for causing a small explosion in her science class, will not face criminal charges, according to the State’s Attorney General. There’s no word if the arrest will be expunged from her record or if she can return to the school that expelled her. But and her twin sister are headed to Space Camp this summer, thanks to the former astronaut Homer Hickam and a fundraising campaign by the Internet.

Former Tennessee educator Clarence Mumford was sentenced to seven years in federal prison this week for his role in a test-cheating ring. Mumford charged $3000 to arrange for people to take a certification tests on behalf of aspiring teachers in Arkansas, Mississippi and Tennessee. More details via the AP.

The education-focused investment fund NewSchools Venture Fund has proposed the idea of a “Digital Depository,” which is says “represents a reimagining of the federal role in education.” The proposal would divide districts into consortiums managed by an “independent board of directors, some appointed by federal agencies, some by private business, and some by school districts themselves.”

The Saylor Foundation launched a new initiative this week, a suite of open online courses for K–12. Available courses include American Literature, Calculus, Algebra 1, Geometry, and Common Core 101. “Open” in this case means “open educational resources” for “open for business” which, let’s be honest, the “O” in MOOC certainly has become.

At its annual developer conference this week, Google announced Google Play for Education, an education-focused section of its Android App Store. My thoughts on Google’s long-awaited move into Android-for-EDU here.

Techcrunch’s Sarah Perez takes a look at a new feature launched in Kidaptive’s iPad app Leo’s Pad: “Parent’s Pad,” “an in-app, parents-only area that shows their child’s progress in reading comprehension and math skills, as well as in cognitive, emotional and social functions, meaning things like ‘being patient’ or ‘taking turns,’ for example.”

Aldebaran Robotics has made commercially available its ASK NAO ("Autism Solution for Kids") robot, which it says is able to “run educational, entertaining, and daily life assistance applications.”

More universities appear to have backed out of Semester Online, a consortium of schools that, through the 2U platform, would share online classes and offer credits. News broke a couple weeks ago that Duke was out; Inside Higher Ed reports that Vanderbilt University and the University of Rochester have also “quietly abandoned plan” to be part of Semester Online too.

The Higher Learning Commission of the North Central Association of Colleges and Schools is reviewing the University of Phoenix’s accreditation, and while there were some indications it might sanction the for-profit due to a lack of autonomy from its parent corporation, a committee recommended last week that the university just be put “on notice.” A final decision comes next month.

The University of Alabama plans to use drones to provide an “eye in the sky” for police to monitor students on campus.

The kids’ book subscription service Zoobean has raised $500,000 in seed funding from Kapor Capital and others. More details about the startup on Techcrunch.

AllThingsD’s Lauren Goode covers the startup Play-i. The company is building educational robots and hasn’t launched yet, but its founding team includes former Googlers and an Apple engineer and has raised $1 million in funding from Google Ventures.

The Chronicle of Higher Education posted a list of the best-paid university presidents in the US (there are now three whose salaries exceed a million dollars a year), and the Pacific Standard follows up with an examination of how much these schools cost (and how much these costs have increased in recent years). Topping the list, the now fired Graham Spanier who made $2,906,271 last year as Penn State in-state tuition increased 2.7% to $31,854. Number two on the list Auburn University's Jay Gogue, who earned $2,542,865 last year, while students at his school paid 6.4% more for in-state tuition ($23,788) and 7.1% more for out-of-state tuition ($39,532).

“Arthur Toga and Paul Thompson will move to the USC Keck School of Medicine campus next fall, along with scores of graduate students, postdoctoral fellows and staffers who now work at UCLA’s Laboratory of Neuro Imaging, known as LONI,” reports The LA Times. “In establishing a new institute at the USC campus in Boyle Heights, they will also move substantial government and private grants that fund the lab’s $12-million annual budget as well as some of the highly sophisticated equipment used to investigate the brain’s inner workings.” Move, that is, from a public to a private university. More thoughts on the Remaking the University blog on how this demonstrates the California legislatures’s lack of attention to public universities’ research mission.

Rutgers University has hired Julie Hermann as its new athletics director, a decision that comes on the heels of the school firing its basketball coach Mike Rice after he was show in video recordings shoving and verbally abusing his players.

The learning management system Instructure is offering a bounty to developers to build apps that utilize the LTI (learning tools interoperability) standard. This standard offers APIs and data integration so that apps can work across LMS platforms. Instructure will pay $250 bounty for each qualified app submitted, and the best apps are eligible for a $1000 prize. (Disclosure: I’m one of the judges for the latter.)

Stanford math education professor Jo Boaler is teaching “How to Learn Math” online this summer. The free course doesn’t offer any Stanford credit (although educators might be able to count it as PD hours), but it’s a chance to work with a great professor who’s helping topple many of the myths about both teaching and learning math.

Record producers Dr. Dre and Jimmy Irvine have given $70 million to the University of Southern California to “create a degree that blends business, marketing, product development, design and liberal arts.” More details in The New York Times.

The National Student Clearinghouse Research Center has released data about the Spring Term 2013 college enrollments. (PDF) It’s found that enrollments are down almost across the board (with the exception of four-year private non-profits), with 2.3% fewer students on campuses than there were this time last year. The biggest drop in enrollment has occurred at for-profits, down 8.7% from last year and down 17.2% from 2011.

Just in time for graduation, the Pew Research Center has posted a collection of data about student debt. Among the figures, “The average student loan balance outstanding in 2010 was $26,682,” but, for what it's worth 38% of those who graduated from a public university with a four year degree in 2008 had no debt at all. (Just 4% of those who graduated from for-profits, however, left with no debt.)

The New America Foundation has released a report on “using student data to evaluate teachers in the early grades,” that is, preschoolers through grade 3.

Wired reports on a new study that suggests stimulating the brain with a mild electric current while learning arithmetic helped them learn faster and retain a 30 to 40% "performance edge" six months later. Over/under on the Gates Foundation opting to fund this idea?