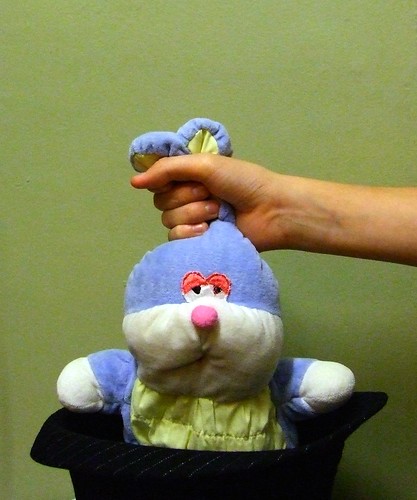 The New York State attorney general has filed a civil lawsuit accusing Trump University, Donald Trump’s for-profit business school, of engaging in a number of illegal business practices, calling the “university” an “elaborate bait-and-switch.” Business Insider has more details about the complaint, including the fact that the theme song to Trump’s show “The Apprentice” was played at the beginning and the end of each seminar.

The Department of Justice has filed suit to block Louisiana’s school voucher law, arguing that “the first year of private school vouchers ‘impeded the desegregation process.’” More details in The Times-Picayune.

The Department of Justice is also investigating Tiffin University and Altius Education to see if their partnership, Ivy Bridge College, violated federal financial aid rules. The university was recently ordered by its regional accreditor to stop offering associate degrees. Inside Higher Ed’s Paul Fain has a very thorough look at the accreditation and legal issues that the university and Altius Education face.

President Obama has suggested that one way to make college cheaper might be to shave off a year of law school, cutting it down from three to two. No word from the administration if its recommendations for restructuring law school would include axing the study of constitutional law, but all things considered, you gotta wonder.

The Politics of Education

CSCOPE, a curriculum tool used in Texas schools, has come under fire from the Tea Party which accuses it of being a “Marxist indoctrination plot.” The Texas Observer has the story.

If you’re looking for work as a teacher, you might not want to move to North Carolina as the state just ended tenure and pay raises for graduate degrees. But if you’re looking for work as a school superintendent, oh hell yeah North Carolina offers some great perks, along with a six-figure salary. The superintendent in Currituck County, for example, lives rent-free on school property, where her utilities including phone service are paid and $4300 was spent to put up a fence so that her 3 dogs could play and “not interrupt nearby school children.” More about the pay and perks from WRAL.

The Department of Education has awarded some $28 million in grants to states to help cover some of the fees for low income students taking AP exams.

San Jose State University and Udacity have released details about their summer pilot program, which just last month, was put “on pause” for the fall following grim results from the first trials. Now the results from the summer are being framed as “significantly better.” “Turns out,” writes Techcrunch, desperately insisting this initiative will “end higher education as we know it,” “the failure was premature.” Well, not really. What’s premature, I think, is comparing results from very different student populations and trying to convince us that things have improved. (“Magic formula” indeed.) I’ll echo Phil Hill here and say that we really need more transparency about this data.

“MOOC” (along with “selfie” and “bitcoin”) entered the Oxford Dictionaries Online this week. The definition provided: “a course of study made available over the Internet without charge to a very large number of people. anyone who decides to take a MOOC simply logs on to the website and signs up.” Tracing the origins of the word to MMORPGs, Stephen Downes notes the dictionary gets both the usage and the etymology of the word wrong.

And by that definition, the UT Austin online class Introduction to Psychology that costs $550 to register for is not a MOOC. But that’s not stopping the professors and the press from invoking the similarity and calling it a SMOC, a synchronous massive online course. Ugh.

Wuzzit Trouble, a new math game from InnerTube Games, hit the Apple App Store this week. (Among the creators of the startup and the game: NPR’s “math guy” and Stanford math prof Keith Devlin.)

Samsung announced its plans to make a Galaxy Tab “just for kids,” which according to Techcrunch’s Sarah Perez “will come pre-loaded with kid-friendly apps and games, a Kid’s Store, and parental control features that include whitelisting capabilities, time management features, password protected access, and more. Samsung will also offer an easy-to-grip Kids Case and, for drawing, a C Pen, which ships with the case.” No word yet on pricing.

Pearson and Knewton are rolling out more partnered content, bringing – according to the press release) – “continuously adaptive recommendations to more than 400,000 students across subject areas including biology, anatomy & physiology, chemistry, physics, finance and accounting.”

Edcanvas has changed its name to Blendspace.

Inigral has changed its name to Uversity. It’s also moving away from Facebook where it’s had its “Schools App” since 2007.

The Smithsonian Cooper-Hewitt National Design Museum has acquired a very interesting artifact for its collections: an app called Planetary. The app was released by the data design company Bloom, which shut its doors last year. More details on the museum’s plans for the software in the Smithsonian Magazine.

Speakaboos, a startup that offers a subscription-based service for children’s books, has raised $6.2 million in funding. More details via Techcrunch.

The for-profit Hondros College of Business is merging with Realty Continuing Education, which provides, um, continuing education for realtors.

Edsurge reports that myEDmatch, a service that matches teachers looking for work with schools looking to hire, has raised $2.6 million in funding.

Pearson has acquired the ADHD testing company BioBehavioral Diagnostics, which according to the press release, is “currently used in pediatric, neurology and psychiatry offices throughout the United States.” But golly gee, imagine how this could be integrated into textbooks and testing.

Devlin Daley, one of Instructure’s co-founders, announced on Twitter late last week that he’s left the company. Phil Hill has some thoughts about what the departure might mean to the LMS.

McGraw-Hill Education CEO Lloyd Waterhouse says he plans to retire at the end of the year, just 18 months after he took the company helm.

New York City released data about teacher tenure in the city. “Of the total, 53 percent received tenure and 3 percent were denied it, effectively barring them from working in city schools. The remaining portion — 44 percent — had their probationary periods extended for another year,” reports GothamSchools.

Red Burns, the founder of NYU’s influential Interactive Telecommunications Program, has passed away. She was 88.

Another report from the Pew Internet and American Life Project: this one on home broadband. According to its findings, 70% of American adults have high speed broadband at home. 3% still go on line via dial up. And while the study is focused on adults, it is really important to keep these figures in mind when we think about learners of all ages and their (purported) access to educational materials online.

The Washington Monthly has released its College Guide and Rankings, which include the schools it’s picked as the “best bang for the buck.” (Amherst College, for those keeping score at home.)

Inside Higher Ed has released its annual Survey of Faculty Attitudes on Technology. It “finds significant skepticism among faculty members about the quality of online learning, with only one in five of them agreeing that online courses can achieve learning outcomes equivalent to those of in-person courses, and majorities considering online learning to be of lower quality than in-person courses on several key measures (but not in terms of delivering content to meet learning objectives).”

New York City has made students’ test scores available to parents via an online interface, says The New York Times. It’s part of the Aris database system, a project that cost the city some $83 million and that “roughly 42 percent of teachers, assistant principals and principals did not even log on in each of the two prior academic years.” So letting parents have a peek at the data will totally boost those usage stats. Good work, NYC.

The Glendale Unified School District has hired Geo Listening to monitor the social media accounts of its 13,000 middle and high school students — updates to Twitter, Facebook and the like made both on and off campus. Says the company, “We monitor only public posts to social networks. We do not monitor privatized pages, SMS, MMS, email, phone calls, voicemails.”

Students in the Lodi School District have fought back against the district’s plans to create a new social media policy that would make the students “submit to the school’s disciplinary authority for what they say on social networking sites, even off-campus on their personal time.” Among the types of speech the policy sought to ban: cyberbullying, liking or retweeting prohibited content, and subtweeting. After protests and pushback and letters of support from the Student Law Center, the district has dropped the policy.

And speaking of drones, Chicago Alderman George Cardenas has suggested that they be used along the city’s “Safe Passage” routes. Because nothing says you’re working hard to make kids’ walks to schools safer like missiles and militarization.

College football kicks off this weekend, and just in time for the NCAA to deliver its sanctions against Aggie Johnny Manziel: he’ll be suspended for one half of one game for violating rule 12.5.2.2 – not doing enough to stop folks from selling his autograph. If a student-athlete’s name or picture appears on commercial items (e.g., T-shirts, sweatshirts, serving trays, playing cards, posters) or is used to promote a commercial product sold by an individual or agency without the student-athlete’s knowledge or permission, the student-athlete (or the institution acting on behalf of the student-athlete) is required to take steps to stop such an activity in order to retain his or her eligibility for intercollegiate athletics. Unless of course, that individual or agency is the NCAA, EA Games, ESPN, the BCS, or Texas A&M. Then it’s totally okay to profit off of student athletes, I guess.