Education is Broken and Someone Should Fix It. (Oh Crap. "The Fix" is Broken Too.) 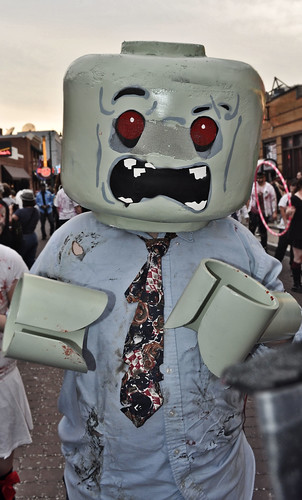 If you were getting bored of the “education is broken” narrative, here’s a new one for you to play around with: the “education technology startup ecosystem is broken.” That might be one moral of the story that started to unfold late last week when David Cohen, co-founder of the startup accelerator TechStars, published a lengthy anonymous letter from a startup founder describing a “horrifying” experience with another (competing) accelerator program, one specializing in a particular vertical, and its managing director. Despite Cohen’s insistence that he’d scrubbed identifying details and changed the gender of pronouns, it was pretty clear to readers that the vertical in question was education, the incubator program New York’s Socratic Labs, and the director Heather Gilchrist. More Hacker Newsy sleuthing uncovered the anonymous entrepreneur and his startup too: Julian Miller and Learnmetrics. The story made it to Valleywag (good job, team! That’s a great sign for the sector). And while there were lots of “no comments” from those involved when the tech bloggers bit into the story, Edsurge did give Gilchrist space for an op-ed on “lessons learned from an alpha cohort.” I’m just glad we’re all in this “for the sake of the children.”

UC Irvine will offer a MOOC in conjunction with the fourth season of its popular zombie show The Walking Dead. The MOOC, which will run on Instructure’s Canvas platform, involves several professors from different departments and will include topics on math, head-severing, and public health. Lo and behold, the future of education technology is, once again, television.

The language in the headline is fascinating: “A Star MOOC Professor Defects.” That’s Mitchell Duneier, a sociologist at Princeton, now described by The Chronicle of Higher Education as a “conscientious objector” as he says he’ll no longer offer classes via Coursera. Duneier pulled out after Coursera approached him to license his content so that other colleges could use it. “I’ve said no, because I think that it’s an excuse for state legislatures to cut funding to state universities.”

The UT Austin Intro to Psychology “SMOC” (synchronous massive online course, lol) has released an app for course members that “collects information about the user’s sleep, physical activity, sociability, mood, stress, and daily activities.” Because, hey, this is all one big higher ed experiment, right?

Inside Higher Ed does some math, counting the number of female and male professors teaching MOOCs and finding that men still dominate the offerings: “8 of the 63 courses listed on edX’s website are taught by women, and an additional 8 are taught by mixed-gender groups. Of Coursera’s 432 courses, 121 feature at least one female instructor and 71 taught exclusively by them. Udacity lists 29 courses on its website, and while only two are taught by women, many of them were created by female course developers.” Pro tip: don’t read the comments on this story.

Lego has become the world’s second largest toy maker, “after reporting a 13% increase in sales. It generated sales of $1.8bn (£1.2bn) for the six months to 30 June, up from the same period last year, overtaking US-based Hasbro.” (We'll pretend like there's an ed-tech angle here.)

And we'll pretend there's an ed-tech angle here too: Microsoft acquired Nokia’s device and services business this week. Although the education market wasn’t touted in Microsoft’s “strategic rationale” for the deal, Nokia does have several programs in the developing world that deliver educational content via mobile phone, and that's a market that many in the (ed-)tech industry have their eyes on. For totally philanthropic reasons, of course.

JPMorgan Chase says it will stop issuing student loans, arguing that “competition from federal government programs and increased scrutiny from regulators had limited its ability to expand the business.” Those pesky regulators.

University of Phoenix President Bill Pepicello has announced his retirement (he says he’ll stay in his position until a replacement is found).

The Politics of Education

The US Department of Education released a draft of new “gainful employment” rules, designed to crack down on for-profit universities and vocational programs that leave students with heavy debt burdens. (An earlier version of the rule was thrown out by a federal court last year.) More details on the proposal via The Chronicle of Higher Education.

The Los Angeles USD has plans to shell out a billion dollars for their new iPad initiative that’ll (eventually) give every student in the district a device. But they forgot to budget for keyboards – “recommended for students when they take new state standardized tests” – something that could cost an additional $38 million. Oops.

Maine governor Paul LePage has signed an executive order that “prevents Maine schools from adopting federally mandated educational standards.” We call this "appealing to the base," I believe.

I wouldn’t have picked it, but it looks like “lesson plan websites” and “edu content directories” are one of the hot ed-tech trends of 2013. Everyone is launching one, it seems. This week, it’s AT&T and GameDesk teaming up to launch Educade, “a revolutionary portal that meets the needs of teachers and parents everywhere by providing the largest online library of free, ready to use lesson plans paired with engaging and innovative learning tools.” And former Egghead CEO has launched LearnBig, a search engine/portal for educational content. Is the future of ed-tech a “portal” or “TV”? It’s so hard to tell!

Edsurge has details about Uncollege’s plans to expand from a collection of online resources to a year-long “Gap Year” program. “Hacking your education doesn’t come cheap. The one-year program costs $13,000 which covers the first three months of housing in San Francisco and travel and housing stipends for living abroad.”

From the press release: “The Texas Higher Education Coordinating Board and College for All Texans Foundation have partnered with Pearson to work with two state institutions — Texas A&M University-Commerce and South Texas College — to create a competency-based learning Bachelor of Applied Sciences (BAS) degree in Organizational Leadership.” From The Chronicle: “The curriculum will be offered in seven-week sessions and can be completed as slowly or quickly as a student likes, he said. Each session will cost less than $1,000.” Hey! That's cheaper than Uncollege-ing!

The Brookings Institution has released a report titled “The Algebra Imperative: Assessing Algebra in a National and International Context.” And the battle over Algebra II wages on.

Nielsen has released a survey on “connected devices” with details about students usage of tablets at school and at home. Among the activities students are using tablets for in the classroom: 51% say “searching the Internet,” but just 30% say “completing school assignments.”

The US Census Bureau released data this week on school enrollments, covering pre-school through grad school. Headline-making news: college enrollments were down in 2012, falling by almost half-a-million from the year before. It’s worth noting that the number of Hispanics enrolling in college rose by 447,000.

More education-related polling, this time from PACE and the USC Rossier School of Education on Californians’ thoughts on the state of education. (PDF) Related and worth reading, USC professor Morgan Polikoff’s “On Education Polls and Confirmation Bias” via The Shanker Blog.

The U.S. News & World Report college rankings are due out next week, and Inside Higher Ed reports on some of the changes to the ways in which these are calculated. More details to come next week, but let’s let the hype start now.

The Pew Internet and American Life Project has released a report this week on “Anonymity, Privacy, and Security Online.” Among the findings, “55% of internet users have taken steps to avoid observation by specific people, organizations, or the government.”

And in related news, “Revealed: The NSA’s Secret Campaign to Crack, Undermine Internet Security.” Encryption is broken. Someone should fix it. Oh crap... Not this story again.