The Dangerous Politics of Ed-Tech (Investment) 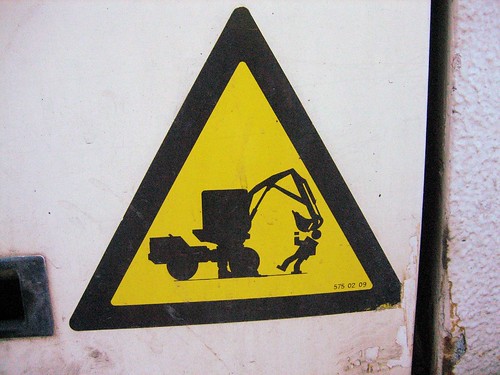 A curious yet significant event in ed-tech occurred last week. A tome of some importance was released – and no, I don’t mean the publication of either Ron Paul’s or Diane Ravitch’s new book.

I’m talking about a 118-slide presentation by Whitney Tilson (PDF). The investor, hedge fund manager, early TFA member, and long-time education reform advocate gave a presentation at an investment conference: “An Analysis of K12 (LRN) and Why It Is My Largest Short Position.”

In his presentation, Tilson argues that the online for-profit, which is trading “up 122% from its 52-week low and is near its all-time high,” is not a good long-term investment, despite the company’s strong earnings per share and growth and despite bullishness on the part of most other analysts. K12 is “absurdly overvalued,” Tilson insists, “and sure to collapse” – hence his recommendation to short the stock.

Of course, this isn’t the first time that someone has raised a red flag about K12’s practices. The Washington Post, The New York Times, The Portland Press Herald, The Tennessean, Politico, Mother Jones, The Nation, The Wall Street Journal, and others have covered the company’s taxpayer-funded profits, its political machinations, and its very very very questionable educational value.

But following (and even within) many of these stories, those within the education reform movement have responded by rebutting and ignoring the evidence against K12. K12 has its own spin machine too, challenging the suggestion that it’s failing to teach students and arguing that their poor performance stems from K12’s enrolling those most at-risk. Online education is a good thing, all of these folks insist. Charter schools are a good thing. Choice! Access! Tech!

No doubt too K12 has been an important lobbyist for related policies, particularly at the state level. A member of the ALEC (the American Legislative Exchange Council) Education Task Force, K12 has helped to shape legislation to promote school choice, digital and blended learning opportunities, and (virtual) charter schools. K12 has been a powerful supporter and financial sponsor of an agenda that many in the education reform movement support. And thus, many have turned a blind eye to its faults.

It is easy to dismiss Tilson’s decision to short K12 stock as simply a money-making move. (If his predictions hold true and K12 declines in value, then he stands to profit.) The presentation was given at an investment conference in Las Vegas after all.

But I think that’s too cynical a read here. And perhaps a too naive one would be to see this sudden fury and condemnation from an important figure within education reform as signaling a shift within that movement’s core – a willingness (a necessity, even) to call out and to sever ties with “bad actors.” (A story on K12 by Politico’s Stephanie Simon this week does quote iNACOL head Susan Patrick saying ““Unless we address these quality issues that have emerged quite profoundly,” the poor performance of cyber schools will “put the entire industry of education innovation at risk.” So maybe the message is getting out.)

But Tilson reiterates again in his presentation and follow-up remarks that his assessment here isn’t a condemnation of all charter schools or all online education, whether they be for-profit or not-for-profit. K12, he insists, is not representative of the rest of the education reform movement.

I’ve been thinking a lot lately about the politics of education and ed-tech – the allegiances and alliances; the “sides”; the pro and the con of “education reform”; the tech and who owns it, who profits; who gets to define what change and innovation looks like; the hypocrisy.

These are all purposefully vague observations here, I realize, and as such they stand in contrast to Tilson’s pointed and well-documented take-down of K12.

But my vagueness is intentional as so many education stories fit into these descriptions. Interpret as you will. And then ask: Why is this so?

What sort of future are we building? If we see ourselves as part of a movement – many do, I think – who are our allies? Who are our enemies? Why? What’s the origin of these allegiances? Why? Who do we question? Who don’t we question? Why? What do we tolerate among those we deem our allies – what do we know is wrong but we figure we’ll tolerate because it ain’t so bad and it helps further our cause? What are the limits of our political affinity?

On November 30 1999, I was one of the tens of thousands on the streets in Seattle protesting the World Trade Organization. It was a profoundly significant event, not simply because we managed to shut down the trade talks, but because the gathering brought together such a wide swath of political groups, united – albeit temporarily – in opposition to global capitalism and free trade. Farmworkers. Sierra Club members. Earth Firsters. Teamsters. Steelworkers. Pilots. Teachers. The Green Party. The Community Party. Fishermen. Grandparents. The Lesbian Avengers.

The coming together did not last.

But we shut the WTO down.

These ties are not bound in the things that are scripted, engrained, preordained, inherited, unquestioned, and assumed. And then again these ties might not form at all.

Where do we forge our education technology affinity politics? How do we build a movement from there? Where are we building political (and pedagogical) coalitions about learning and teaching with technology? With whom? Why?

Not all of us can or would want to make a 100-slide presentation about the terrible investments (and mean this metaphorically, not just financially) that we're making in education. Not all of us are willing to pen a caustionary tale to our buddies about what happens if we don't adjust our efforts (again: this might be a metaphor). Many of us might bristle at framing education questions this way, I recognize. But I think TIlson's presentation is important and eye-opening nevertheless.

It's easy to point out the hypocrisy of profiting on students' learning while arguing you're building a movement that cares about students. The harder thing is finding an ethical path forward, with allies that you can really trust.

No one in education has the monopoly on justice and integrity right now. No one.

So even if you aren't an investor, there are lessons to be learned from Whitney Tilson's call to short K12. And a question, perhaps, for all of us, about where in ed-tech we're ready to make the political and social and financial investments to "go long."