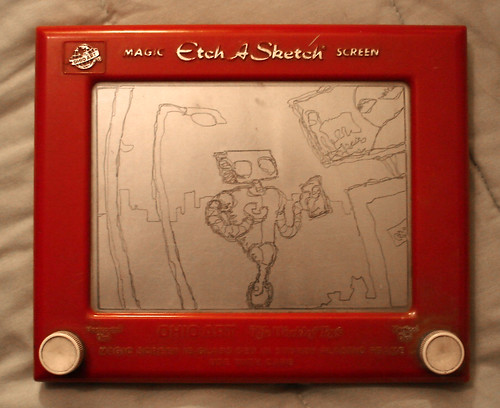 We spend a lot of time in ed-tech talking about the Internet, about the Web, about software. But it all relies on hardware. And I think this was a year in which we saw schools really (re)embrace and (re)up their hardware procurement. I add the re- prefix because this effort isn't new. I often exort folks to read Papert's Mindshift. I should add: read Cuban's Oversold and Underused.

Beyond "The Year of the iPad"


Way back in 2011, I chose the iPad as one of the top ed-tech trends of the year. I noted that I’d penned an op-ed in The Huffington Post in January, proclaiming it would be the year of the (educational) tablet. But I was wrong. It was the year of the iPad.

And arguably, 2013 was more of the same. During October’s quarterly earnings report, Apple CEO Tim Cook bragged that iPads have 94% of the education tablet market share. But Apple’s continued dominance in the tablet market is just one feature of the educational hardware market in 2013 – one that was fairly lively in part because of several headling-grabbing hardware rollouts. Hardware was interesting this year too because of rival tablet makers that are still trying to unseat the Cupertino giant, because of other education hardware makers that are still trying to sell their wares to schools (interactive whiteboards, for example, just won’t die), and because of a number of small and cheap computing devices that are part of the burgeoning “learn-to-code” and “maker” movements.

You can read the rest of this story here