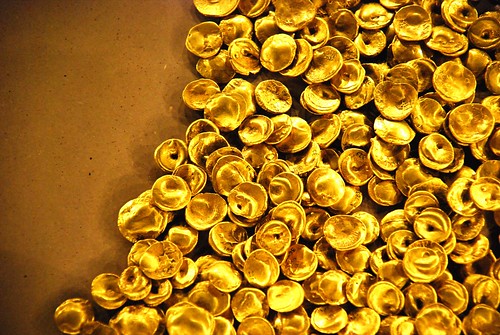 This is how much your kid’s school budget has been cut.

New Jersey governor Chris Christie says he will sign legislation that would allow undocumented immigrants in New Jersey to be eligible for in-state college tuition.

Teach for America affirmed its support for the Common Core.

Alabama joins those states (16 in total) that allow computer science classes to count as math credit towards graduation.

The Nation reports that “a small group of House Democrats, led by Representatives Rob Andrews of New Jersey and Alcee Hastings of Florida, are organizing an effort within the caucus to protect the for-profit career college industry from any meaningful regulation.” Not surprisingly, these two have received major campaign donations from for-profits.

Oh and look! The “gainful employment” negotiations have hit an impasse.

The Obama Administration is kicking off its “listening tour” as it prepares its proposal for a rating system for post-secondary institutions. More on the plans via Bloomberg Businessweek.

A number of New York state senators are questioning the state’s plans to share student data with inBloom. More details via the GothamSchools blog.

There’s also concern in Washington state about its plans to share data with media organizations. “KUOW obtained a copy of the two-year agreement between the Office of Superintendent of Public Instruction and The Seattle Times, signed last month, which authorizes eight Times journalists to work with, but not publish, confidential student and staff information, including names and Social Security numbers. However, OSPI says it will remove identifiable information, including names, from data it supplies under the agreement.”

“Under pressure from an oversight panel, Los Angeles school officials have sharply reduced the number of iPads they say are needed to carry out new state standardized tests,” reports The LA Times. Because we all knew that tests were why kids were getting these devices, right?

Unglue.it, one of my picks for the best education startups of 2012, is pivoting – away from “ungluing” books (that is, making a digital copy available openly licensed and for free through a crowdfunding campaign) to a “Bookstore for Books that Want to be Free.” More details via its blog.

VentureBeat reports that Datawind will bring its low-cost tablets to the US, with the cheapest going for just $38. I’ll believe it when I see it.

Davidson College has been awarded a Mellon Grant “to create a curricular model of digital studies that can be replicated by other small liberal arts college,” and as Jim Groom notes, one component is a “Domain of One’s Own”-like initiative.

Boundless has settled its lawsuit with publishers who’d charged it with copyright infringement for building its free textbooks based on their table of contents. The terms of the deal haven’t been disclosed, so it’s hard to say if this is a win or a loss for OER. But it’s certainly a win for Boundless, which can move forward unencumbered by the lawsuit that’s plagued its whole startup existence.

The tech blog VentureBeat is launching an education vertical, sponsored by a subsidiary of Apollo Education Group (parent company of the University of Phoenix). VentureBeat claims it is the “first major technology news organization to dedicate a channel to how technology is transforming the global education market” which is really a stretch (Chris Dawson ran one for ZDNet for a long time). But hey, with solid research into education history like this, you know the coverage is gonna be stellar!

Elsevier is continuing its efforts to demand authors remove their work from the Web, with takedown notes sent not just to Academia.edu (as I reported last week) and to individual scholars, but to universities as well.

ISTE CEO Brian Lewis and CoSN CEO Keith Krueger announced the closure of the Ed Tech Action Network this week. The ETAN website will be turned off December 31.

San Jose State University issued an update this week about the courses it has developed with Udacity. This spring, it will offer 3 – Elementary Statistics, Introduction to Programming and General Psychology. “The SJSU instructors who originally developed the programming and psychology courses with Udacity will continue to teach these classes to SJSU and CSU students this spring. The statistics course will be transitioned to a different SJSU instructor in the same department. SJSU will hire and train teaching assistants as needed. All faculty members and students will use SJSU’s learning management system, Canvas.” From this, it looks like the relationship between the two has come to an end.

According to a report by The Chronicle of Higher Education’s Steve Kolowich, edX had dropped its plans to serve as a recruitment tool, connecting students to employers. Of the 868 students recruited by edX for the program, “only three landed job interviews. None was hired.”

President Obama’s Council of Advisors on Science and Technology has issued a report about MOOCs that reads like it was written last year (that is, without much reflection on any of these hiccups): “Although the new technologies introduced by MOOCs are still in their infancy, and many questions and challenges remain, we believe that they hold the possibility of transforming education at all levels by providing better metrics for educational outcomes, and better alignment of incentives for innovation in pedagogy.“ ”Let the markets work it out" is the message. Wheeee.

Jonathan Haber is reflecting on his “One Year BA” project – that is, taking as many MOOCs as possible into one year in order to fulfill the hypothetical degree requirements of a liberal arts college. Was it really the equivalent of a four year degree? Yes and no.

The American Bar Association has given the green light to the William Mitchell College of Law “for a part-time J.D. program that blends face-to-face instruction with online courses.”

Knewton has raised $51 million in its latest round of funding, bringing the total raised by the adaptive learning company to $105 million.

On the heels of a report last week from the Institute of Education Sciences that “DreamBox Learning was found to have no discernible effects on mathematics achievement for elementary school students,” we learn that the company has raised another $14.5 million in funding. The round was led by Netflix CEO Reed Hastings and brings the total raised by Dreambox Learning to $32.6 million.

Koru, a Seattle-based startup that helps college students find jobs, has raised $4.35 million, reports GeekWire, in a Series A round with funding by Maveron, with Battery Ventures, Andreessen Horowitz and First Round and others.

Comcast and Khan Academy have struck a deal that, according to Fast Company, “includes millions in financial support, joint events, and PSAs that Comcast hopes will help raise awareness both of the thousands of free educational videos and exercises available through Khan Academy, as well as its own Internet Essentials program, which offers broadband access to poor families for $9.95 a month.”

Graphite, an education app review site, has received $3 million from the Broad Foundation.

Motion Math, maker of iOS math games, has received $300,000 in grants from the Noyce Foundation and the Gates Foundation to help it build “an educational learning A/B platform that will correlate mobile math learning experiences to assessment outcomes, engagement metrics, and teacher and school profiles.”

NewSchools Venture Fund has issued its year-end report on education funding. (Stay tuned for the last in my year-end series that covers the same topic, but not from a VC perspective.)

David Wiley is resigning his position as a tenured faculty member at BYU in order to go all in on his OER startup Lumen Learning.

University of Kansas journalism professor David Guth was suspended this fall for a tweet he made in response to the shooting at the Navy Yard. Pro-gun advocates were upset that the professor wasn’t actually fired. And now the Kansas Board of Regents has instituted a new policy that say employees can be sacked for “improper use of social media.” (“Improper use” includes that which “impairs discipline by superiors or harmony among co-workers.”)

Pay for college presidents continues to grow (and – here’s the Slate pitch, except it’s in The Atlantic – “that’s okay”). 42 presidents of private colleges were paid more than a million dollars in 2011, “up from 36 for the previous two years.”

The Gates Foundation has its new head: Susan Desmond-Hellmann, formerly the chancellor of the University of California, San Francisco.

The Pittsburgh school board has voted to rescind a contract with Teach for America, meaning that “30 teachers from the national program will not be coming to fill positions in some of the hardest-to-staff schools in the district.”

Results from the Trial Urban District Assessment arrived this week. Arne Duncan asserted that the results “show student performance in large cities continues to both improve overall and that large-city schools nationwide are improving at a faster pace than the nation as a whole.” Bruce Baker gives the results – and the accompanying hype – some much needed scrutiny.

Phil Hill takes a closer look at WCET’s Managing Online Education survey, the results of which were released this week. Here’s The Chronicle’s write-up. Lots of interesting data here, including this tidbit: “Only about one-third (30%) of institutions offer 24/7 technical support for students.”

The Shanker Institute’s Matthew Di Carlo has published “The Year in Research on Market-Based Education Reform,” his annual look at what we learned this year about charter schools, value-added models, and so on.

Students are bored in school, and Amanda Ripley is on it. She monitored Twitter for a list of their grievances. Another look at “bored at school” tweets is here.

In the future, says IBM in one of those god-awful year-end prediction posts that end up just promoting someone’s financial or political agenda, “the classroom will learn you.”

Harvard student Eldo Kim was arrested this week, after emailing a bomb threat to the university (ostensibly to avoid taking a final exam). Kim was identified thanks to metadata, despite his taking some steps to be anonymous.

RIP Charles Vest, former MIT president, who among his achievements while at the university’s helm was the creation of MIT OpenCourseware.