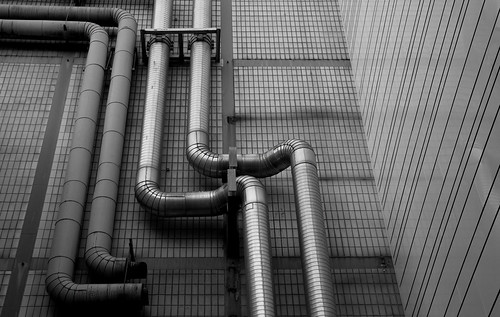 As part of the restructuring of the E-Rate program, the FCC announced it will double (to $2 billion) its spending on broadband for schools and libraries.

And as part of the push for more broadband in schools, President Obama also announced commitments from various technology companies, including Apple which says it will donate $100 million in iPads to schools and O’Reilly Media which says it will give every high school access to its Safari Books Online. The grand total for stuff and services: $750 million. Me, I’d rather see these corporate giants actually pay their taxes. That’s the way we fund schools, you know.

The White House will hold a Maker Faire. (Oh, I hope there’s a ton of drone-related projects and classes on lock-picking.)

A proposal by Tennessee Governor Bill Haslam would make two years of community college and technical school in the state tuition-free.

Florida legislators are weighing banning the collection of student biometric data. Some schools in the state use iris scanners and palm scanners in lieu of traditional school IDs.

Meanwhile in Kansas, the legislature was looking to block Google Fiber and stop cities from investing in broadband. ’Til the Internet caught wind of the plan, that is. Those meddling kids…

“A male University of Toronto student filed a claim with the Ontario Human Rights Tribunal accusing his Women and Gender Studies professor of discriminating against him when she failed him for never having attended the course.” So that happened.

Lots of folks are watching Vergara v California, a lawsuit in California that could change how the state handles teacher tenure.

The 3D printer maker MakerBot is partnering with universities to launch “Innovation Centers” “filled with 30+ MakerBot desktop 3D printer and scanners with the goal of helping train the next generation of engineers, architects, industrial designers and artists.” The first Innovation Center will open next week at SUNY New Paltz.

Thailand’s One Laptop Per Child initiative hit another roadblock as the manufacturer of the tablets has shut down its business in the country.

The O’Reilly School of Technology has launched a number of new math classes called “Making Math.”

The science crowdfunding site Microryza (one of my picks for the best education startups of 2012) has rebranded as Experiment.

BuzzFeed published its Style Guide, which is better than the AP Stylebook or Chicago Manual of Style. Because Internet.

Researchers from the University of Massachusetts have launched AcademicTorrents, a torrent site that allows academics to share papers and data. More via TorrentFreak.

Another new ed-tech accelerator program: the European Incubator for Innovation. (Is there an education technology startup incubator bubble? Good grief.)

Inside Higher Ed reports that Howard University has put on hold its partnership with Pearson to “create a flagship campus for distance education among historically black colleges and universities.”

Cengage has reached a deal with its creditors to exit bankruptcy. The company will “reorganize and eliminate more than $4 billion of its $5.8 billion in funded debt.”

McGraw-Hill Education has acquired the adaptive learning company Area9. (It purchased a 20% equity stake in the company last year.)

Flashnotes, a company that lets students buy and sell their course notes, has raised $3.6 million.

Remind101, a startup that makes a free messaging app for teachers, has raised $15 million in a round led by Kleiner Perkins Caulfield and Byer. (This brings Remind101’s total funding to almost $20 million.) VC John Doerr, who will join the startup’s board of directors, told Edsurge, "I’m looking for liquidity events as independent companies. Coursera should someday have an IPO. I don’t know why Remind101 would not.” Ummmmm.

Microsoft has a new CEO, Satya Nadella. Bill Gates is stepping down from his position as Chairman of the company in order to take up a new position as a product and technology advisor to the CEO.

CU Boulder has removed the faculty chairman and suspended grad student admissions to its philosophy department after an investigation found “pervasive sexual harassment and bullying” there.

Michael Feldstein has combed through data at Glassdoor to give a snapshot of how ed-tech industry employees view their employers. Popcorn

“New administrative positions — particularly in student services — drove a 28-percent expansion of the higher-ed work force from 2000 to 2012,” says The Chronicle of Higher Education. Ah, remember the Golden Age of higher education before administrative bloat?

“Plans for an extended stay hotel in downtown Evanston are drawing fears from some that it will attract the wrong kind of academics as guests.”

And speaking of the dismal state of science education: A fifth of Americans do not think (or aren’t sure) that the Earth revolves around the Sun.

The NMC Horizon Report for Higher Education is out. On the horizon: learning analytics and the flipped classroom.

So is EdNET Insight’s State of the K–12 Market.

Low wage workers have far more education than they did in 1968, and they earn far less.

I’m not sure what’s happened to the Library of Congress’s Twitter archives and its plans to make tweets available to researchers there. In the meantime, Twitter will now offer “Twitter Data Grants” “ through which we’ll give a handful of research institutions access to our public and historical data.”

P2PU has released its first report on “Assessment on the Web.”

T.H.E. Journal has a sneak peek at the results of the 2013 Speak Up Survey with a list of the major ed-tech trends.

Minecraft is (maybe) the best-selling video game of all time.

The plagiarism detection service TurnItIn released a report that found a decrease in “unoriginal writing” in universities that had used the service for more than 5 years. Inside Higher Ed suggests that the claims might be exaggerated. (Shocking, right?)

PBS premiered American Promise, a documentary about two Black boys’ experience at the elite Dalton School. (The film is available online for the next month.)

Christian author Ben Ham and “The Science Guy” Bill Nye debated creationism. (The video is here.) Because I guess in 2014 in America evolution is still up for debate.

The NYPD is beta-testing Google Glass.

What could possibly go wrong?