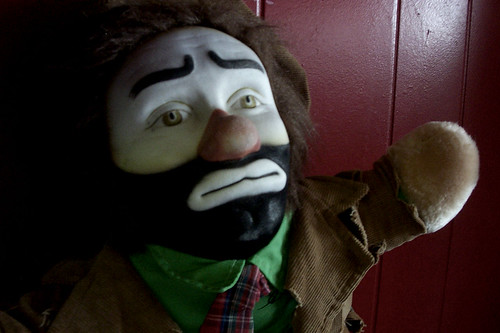 Michael Dunn was convicted on three counts of attempted murder but was found not guilty of killing Jordan Davis, the 17 year old African-American who Dunn shot and killed in November 2012 over a dispute about Davis’s loud music. The shooting and the verdict, both in Florida, were very reminiscent of George Zimmerman’s killing of Trayvon Martin. A group of educators and activists (myself included) pulled together a guide of sorts to help teachers address this in their classrooms.

The FCC promises that it will work to safeguard net neutrality. Mmmhmmm.

The New York Times covers a lawsuit filed against the for-profit education company Premier Education Group (which runs, among other things, the Harris School of Business chain). “The suit contends that while charging more than $10,000 for programs lasting less than a year, school officials routinely misled students about their career prospects, and falsified records to enroll them and keep them enrolled, so that government grant and loan dollars would keep flowing.”

President Obama apologized (with a handwritten note to art history professor Ann Collins Johns) for his anti-art history-major remarks. Florida Senator (and is it too early to say Presidential hopeful?) Marco Rubio called the apology “pathetic.”

“Missouri’s proposed budget includes billions of dollars for schools, millions more for scholarships and $8 for tin foil hats” for those paranoid about the Common Core.

Continuing to demonstrate its awfulness, a proposed bill in Kansas would ease the state’s restrictions on spanking “allowing parents, caregivers or school officials to hit children hard enough to leave redness or bruising.”

In California, State Senator Darrell Steinberg has proposed a data privacy bill that would “prohibit education-related websites, online services and mobile apps for kindergartners through 12th graders from compiling, using or sharing the personal information of those students in California for any reason other than what the school intended or for product maintenance.”

Phil Hill and Michael Feldstein of MindWires Consulting have launched e-Literate TV. “Our goal,” they say, “is to create multiple entry points into a conversation about the issues related to the use of technology in support of education.”

From the Boing Boing blurb: “Shubham Banerjee, a seventh grader in Santa Clara, California, invented a Lego Mindstorms-based Braille printer called the Braigo. He’s declared his intention to release his printer – which costs about $350, much less than traditional $2000+ Braille printers – as open source hardware so that it can be improved by a wider developer community.”

PBS’s MediaShift has launched a new journalism education site, EducationShift. “The new site will include increased coverage of innovation in the classroom as journalism and communications schools around the globe are coping with massive technological change — both for classroom learning and for graduates in the workforce.”

Edsurge has the list of the first cohort of London-based education accelerator “Edtech Incubator.” They’re all “teacherpreneurs,” apparently, which let’s be honest, is the worst word in education technology buzzword land.

You can now get Pearson content on your Windows 8 devices. Whee.

The Georgia Tech Library plans to move its print collection out into an offsite facility. Because “strategic objectives.”

The University of Tokyo has joined edX.

“MOOCs are proving to be a great tool for employee training,” tweeted Coursera co-founder Andrew Ng (a little bit of a different message than “democratizing higher education.” But there ya go.)

And speaking of “democratizing higher education lulz,” Inside Higher Ed looks at what Cornell, Princeton, and Yale think about MOOCs.

“The first British massive open online course to offer students the option to pay for academic credit has ended, with none of its participants opting to fork out for official recognition,” writes the Times Higher Education. Nice lede. Important detail: the class was on Vampire Fictions, which probably isn’t something folks are clamoring for formal recognition of, ya know.

It looks as though there’s growing interest in using MOOCs to teach AP classes. According to Campus Technology, “The University of Houston System is launching its first three massive open online courses (MOOCs), two of them targeted to high school seniors preparing for advanced placements tests and one for K–12 teachers. The classes will be offered free through Coursera.”

Paging physics teachers: join a MOOC to build a MOOC on introductory physics course. This course is being organized by Dave Cormier, so it’s “cMOOC meets xMOOC.”

NewSchools Venture Fund has raised another $12 million for its seed fund, which in turn funds education technology startups.

Google Capital, a VC arm of Google, has invested $40 million into Renaissance Learning, maker of Accelerated Reader and Accelerated Math.

Duolingo has raised $20 million from Kleiner Perkins. This brings to over $38 million the total investment in the language-learning / Web translation startup.

Chegg’s shares have fallen sharply (more than 22% last Friday) in recent weeks. According to The Motley Fool, “investors are understandably upset” about the company’s margins.

Online education platform 2U has filed the initial paperwork for an IPO. (Hopefully its stock will perform better than Chegg’s!)

Who gives a damn about the so-called STEM worker shortage – there is a looming clown shortage!!

The faculty at the University of Illinois at Chicago went on strike for two days this week, picketing in the hopes of sending a message to administrators about unresolved contract issues.

Amanda French, who’s coordinated the digital humanities THATCamp project for the past 4 years, will be leaving George Mason University.

Coursera has hired Vivek Goel, the former Provost of the University of Toronto as its Chief Academic Officer.

Buzzfeed has hired Molly Hensley-Clancy as its new education reporter.

And in other education reporter news, Libby Nelson – currently of Politico’s new education vertical and previously of Inside Higher Ed – is heading to Ezra Klein’s new news site.

The White House Office of Science and Technology is looking for (unpaid) interns.

The Hewlett Foundation funded a study, published by GettingSmart (the consulting site of investor Tom Vander Ark), that examines the cost-savings associated with robo-grading. (PDF) The study says that machine grading can be up to 75% cheaper than humans – pretty cheap considering how little the big companies like Pearson and the College Board pay the people who grade for them.

Here’s part 3 of P2PU’s series on “Assessment on the Web.”

The University of Maryland revealed this week that some 300,000 records of students and staff had been stolen as part of a security breach. Social Security numbers were taken; academic data were not.

The Secretary of Education “dominated” in the NBA All-Star Game. Because of course he did.