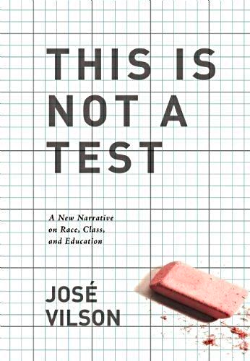 Some recent literary critics have argued that the genre of the bildungsroman in particular is a conservative one, in no small part because the classification originally described stories from nineteenth century Europe with a young protagonist going out to find his fortune. His fortune. (Charles Dickens’ Great Expectations, for example.) Nineteenth century female protagonists “matured” differently; their stories often ended in marriage. (Like Charlotte Brontë’s Jane Eyre.)

It’s easy to argue we simply shouldn’t impose Eurocentric views and genres onto other texts. And yet we group together narratives for the purposes of teaching and marketing all the time.

What then do we make of coming-of-age stories, particularly those that crack open experiences – or expectations of experiences – with schooling? Perhaps our task as readers and critics can be to see how certain stories might reclaim or decolonize these older genres, how they highlight the power dynamics and the cultural values we don’t often recognize or confront, and how they prompt us to consider not just whose stories get told but how these stories get told.

José Vilson’s soon-to-be-published book This Is Not a Test: A New Narrative on Race, Class, and Education does just that.

Vilson’s memoir traces his experiences growing up in New York City, his education in the city (and later, in New York State – at Syracuse University), and his return to the classroom as a NYC math teacher.

That’s a terrible oversimplification of the book’s trajectory, one that makes it sound a lot more like a “hero’s journey” and “hero’s return.” Instead, all along the way, Vilson subverts the features of the traditional coming-of-age-through-education story. This isn’t so much about chronicling how one becomes a product of school (and in turn, as a teacher, part of the system of production); instead it’s about chronicling the process. That process emphasizes that learning is ongoing – as teacher and student. There is no identity to become; there is just becoming.

There is no fixed or singular identity here either. There are border crossings and hyphenations. Dominican, but not. Haitian, but not. Black Latino. Father. Poet. One of the fiercest writers I know. One of the most tender. Back-and-forth between Spanish and English. Rakim name-dropped alongside Ravitch. Some references cited and explained – Paolo Freire, for example – but the hip hop lyrics aren’t; it’s up to the reader to decode, not to Vilson to translate. That flips the rules of power and culture and literacy in schools, of course. Recounting a run-in with a teacher when he was in seventh grade when Vilson failed to respond to a question in “proper English”:

“I could blame Mr. Missile’s punishment on a misunderstanding, but I also see it as symptomatic of the schooling process which often fails to account for other children’s literacy, as if the code that children speak has no value compared to the King’s English.”

In This Is Not a Test – in Vilson’s story, in Vilson himself – explanations and expectations are defied all along the way.

It’s not surprising that the Vilson gives a nod to Jaime Escalante, the East LA high school math teacher whose story was the basis for the movie Stand and Deliver – probably one of the most well-known stories of contemporary (math) education. Vilson admits that Escalante’s story influenced his decision to become an educator, and there are some similarities: Latino educators working with disadvantaged students.

But the story of Escalante and his students centers on a test – the AP Calculus exam. The title of Vilson’s memoir gestures elsewhere: This Is Not a Test. Indeed, when picked up and told by Hollywood (by Washington Post reporters, etc), education stories do take a different bent; they become stories of redemption, for example – neatly packaged in narratives that resolve far more neatly than real life could ever afford us. In the movies, there’s a trial – a test – and a triumph. All in 103 minutes.

Moreover, our current education system isn’t focused on a test; rather it’s become a regime of year-round testing. (Testing is a touchstone again and again in Vilson’s memoir.) He writes that

“I can’t help but feel that when my students walk out of their exam, they aren’t just frustrated by the inordinate amount of testing they’re subjected to. They’re starting to sense that the process of schooling in and of itself was not actually designed with them in mind — a feeling those of us born into poverty and racism know all too well.”

The onslaught of testing means that, unlike the story of Stand and Deliver, we aren’t working with a narrative in education that affords a win - for teachers or for students – based on the scores of a single exam. The wins are to be achieved elsewhere. And they’re complicated, not the things captured on multiple choice exams or in grade-books. (This is not a test. This is life.)

The students and their stories, they’re complicated too. But instead the education system often sees students, particularly students of color, as pathological. “When we assume poor kids behave as they do just because of their poverty and not as a manifestation of their frustration with poverty,“ writes Vilson, ”we do an injustice to their humanity.”

I’d add too that we do an injustice to the humanity of educators when we pretend as though they are not “whole people,” when we demand their private lives and their personal beliefs be “pure” by some ridiculously paternalistic (and gendered and racialized) standards.

There is much justice and much humanity and so much bravery in this book. But that’s José Vilson.

And full disclosure: he’s my friend. I’m cited in the book for things I’ve written and things I’ve said, specifically for a session on education and privilege that we facilitated at Educon earlier this year.

One of the things that privilege affords you is that your stories get told. Your voice gets heard. Your coming-of-age narrative fits neatly into – hell, makes – the bildungsroman genre, if you will, because you become the individual that society wants or expects.

Vilson offers instead, as the subtitle of the book suggests, “a new narrative of race, class, and education.” The stakes are high in doing so, and they are, no surprise, incredibly political. (Vilson’s popular blog remains blocked in NYC public schools, it’s worth noting.) After all, we aren’t simply talking about a new entry into the coming-of-age literary genre. The book is an entry into the ideological battles in education and education reform – battles that draw on narratives about grit, for example, and “no excuses,” narratives that I’d argue, configure students of color as objects to be transformed and assimilated, not as subjects to seize their own learning and lives and tell their own story.

In This Is Not A Test, José Vilson writes a personal narrative that counters folks like Coleman’s concept of education, literacy and language, their valuation of people’s voice and experience. This Is Not a Test is a refusal to be silent. It’s a refusal to capitulate or conform. It’s an expression of a vision where we do give a shit about what you feel or what you think, because we care about people. Because in doing so – particularly in education – we help support one another in growth, in coming-of-age, in learning, and in liberation.

José Vilson, This Is Not A Test: A New Narrative on Race, Class, and Education, Haymarket Books, 2014. (Amazon affiliate link)