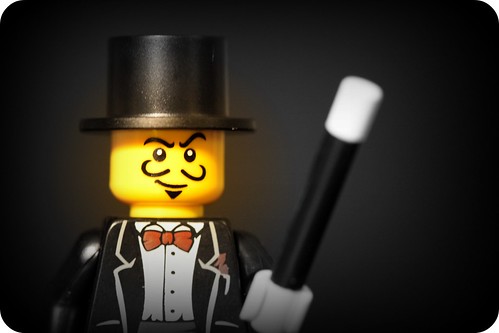 60 years after Brown v Board of Education, ProPublica’s Nikole Hannah-Jones examines the re-segregation of US schools.

The Florida House of Representatives has passed legislation that would protect student privacy, phasing out the usage of Social Security numbers as student IDs and banning biometric data collection. (I guess this only applies to school districts in the state though. I imagine MOOC providers will still be able to do so, right?)

The US Department of Education has put out an RFI (Request for Information) about how it could “use APIs to increase access to higher education data or financial aid programs.” So guess what we’ve been talking about here at my house this week, eh?

“The Maryland Higher Education Commission is cracking down on institutions that provide distance education to students in the state,” reports Inside Higher Ed.

The Virginia Supreme Court has ruled that a UVA climate scientist’s emails were protected and exempt from public records requests. An anti-climate change organization had sought the researcher’s emails, “hoping that exchanges among climate scientists might cast doubt on views of the environment backed by most scholars.”

The Huffington Post reports that Sallie Mae has “cheated active-duty soldiers on federal student loan,” according to sources close to the federal investigation into the company.

The online for-profit school K12 Inc is being sued for misleading investors “by putting forward overly positive public statements during much of last year, only later to reveal that it had missed key operational and financial targets.”

In Nigeria, some 129 girls were abducted from their school by the Islamist militant group Boko Haram which opposes Western education. There are conflicting reports about whether or not the girls have been freed.

Here’s How NOT to Address Bullying in Schools

A Pennsylvania special education student, unable to get help from his school to stop fellow students from bullying him, tape-recorded one of his tormenters. He’s now being charged with felony wiretapping.

The fifth graders at Zeman Elementary School in Nebraska were sent home a guide on how to handle bullies: Rule #7: Do not tell on them.

MOOCs: Free as in "Bullshit"

Udacity announced this week that it would phase out free certificates for those who successfully complete its classes because students demanded more rigor. For reals?! No specifics on how much the startup is going to charge for the certificates now – Sebastian Thrun says “a relatively modest tuition fee.” Currently Udacity charges $150 a month for a mentor and feedback. MOOCs: free as in “bullshit.”

The New York Times interviews the new Coursera CEO, former Yale president Richard Levin. Levin says that “I think we can become financially viable certainly within that five-year framework.” Good luck with that, particularly as Mike Caulfield notes, you’re not really being honest about why other online initiatives you were involved with in the past failed.

edX is teaming up with Coursetalk, a service that lets reviewers rate MOOC courses. “Four stars: would enroll but never actually click on anything again.”

The Mid-Continent University in Kentucky has laid off all its faculty and staff and will close its doors by June 30.

How’s Cooper Union’s plan to charge tuition for the first time in its history going? Well, the university saw a 20% drop in applications, if that’s any indication.

Online learning pioneer Tony Bates has announced his retirement in this week’s “must read” blog post:

I am concerned that the computer scientists seem to be taking over online education. Ivy League MOOCs are being driven mainly by computer scientists, not educators. Politicians are looking to computer science to automate learning in order to save money. Computer scientists have much to offer, but they need more humility and a greater willingness to work with other professionals, such as psychologists and teachers, who understand better how learning operates. This is a battle that has always existed in educational technology, but it’s one I fear the educators are losing. The result could be disastrous.

CUNY’s Income Inequity Institute will pay economist Paul Krugman $25,000 per month to “play a modest role in our public events” and “contribute to the build-up” of a new “inequality initiative.”

Graduate students at the University of Connecticut have won union recognition and will be represented by the Graduate Employee Union/United Auto Workers.

The University of Illinois at Chicago faculty union has reached a tentative agreement with the administration, averting a strike scheduled for next week.

NPR has hired Anya Kamenetz as part of its expanded edu coverage.

The University of North Carolina continues to go after whistleblower Mary Willingham, who helped leak information to the press about fake classes for athletes at the school. More via Bloomberg Businessweek.

Oh, you say you never heard about the rape charges against Florida State University star football player Jameis Winston? That’s because “there was virtually no investigation at all, either by the police or the university.”

The Digital Public Library of America celebrated its first birthday this week with the announcement of six new partners: the California Digital Library, the Connecticut Digital Archive, the US Government Printing Office, Indiana Memory, the Montana Memory Project, and The J. Paul Getty Trust.

The College Board released more details about the revamped SAT this week, which were a) covered by a lot of major media outlets, b) an attempt to compete with the growing popularity of the ACT test, c) merely “cosmetic surgery,” or d) all of the above.

Education Week published several stories this week on ed-tech and privacy, including a review of the privacy policies of Khan Academy, Pearson, and Edmodo. Edmodo responded with a blog post, insisting it cares about privacy, bragging about its implementation of SSL (but failing to mention OpenSSL and the Heartbleed bug).

Google has updated its Terms of Service to reflect that fact that, yes, “automated systems analyze your content” for the sake of ads, customization and security.

Oplerno, a startup that enables adjuncts to teach online courses, has received the okay from the Vermont State Board of Education for their classes to be accepted for credit at universities in the state.

According to the Nashville Ledger, Rocketship, a teaching-machine-centric charter school chain, “is dumping a controversial online teaching program before it opens a school in Nashville, company officials say.” The online program, which has a 50-to–1 student-teacher ratio, “has contributed to a drop in test scores for Rocketship students.”

Knewton continues to extend its partnerships with the publishing world, this week announcing that the Scandanavian publisher Sanoma will use its API.

Lumen Learning, the OER startup co-founded by David Wiley, has received an additional $700,000 from the Shuttleworth Foundation.

Textbook rental company Chegg has acquired the student-oriented “daily deals” site Campus Special for $17 million. Are “daily deals” still a thing? Or is ed-tech just always a couple of years behind picking up on trends?

The publisher Wiley & Sons has acquired the French e-learning company CrossKnowledge for $175 million.

JumpStart has raised $13 million in debt financing from Hercules Technology Growth Capital. It’s 2014, and investors are still pouring millions into the maker of Math Blaster.

The peer-to-peer lending company Lending Club has acquired Springstone, a financer of “private education and elective medical procedures.” “Hey, can I borrow $5000 for some cooking classes and botox?” Awesome.

Press4Kids, which makes a news app for kids, has raised $1 million in seed funding.

“According to the British Association of Teachers and Lecturers, children who are 3 and 4 don’t have dexterity in their fingers because they’re too addicted to swiping tablet screens. The children know how to use the devices, but they barely know how to play with actual toys.” We’re doomed.

Badass of the Week

13 year old Ashol-Pan from western Mongolia, who hunts with her golden eagle.