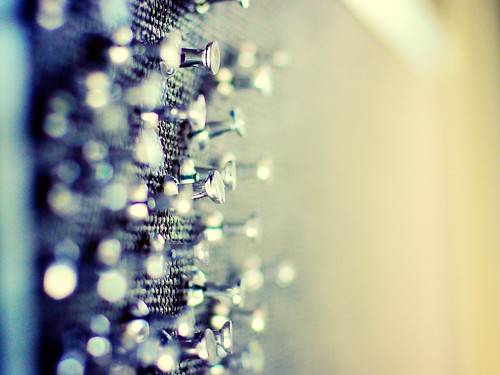 New Orleans becomes the first all-charter school district in the US.

Professors and students (past and present) from Cooper Union have filed a lawsuit in Manhattan Supreme Court seeking to block the school’s plans to begin to charge tuition.

The ACLU has filed a class action lawsuit against the state of California, “claiming that high poverty schools in California are denying students the learning time they need to succeed.” More via NPR.

The Obama Administration’s new college rating system is "like rating a blender,” according to Jamienne Studley, a deputy under secretary at the Education Department. So that’s reassuring.

“Nevada education officials this month told a local man it would cost more than $10,000 to access the data the department has collected on his four children.” More via Education Week.

COSN and the EducationSuperHighway organization estimate that it’ll cost $3.2 billion in E-rate subsidies to connect all the schools and libraries in the US at a level sufficient to support “1:1 digital learning.” Their full report is here.

NASA is partnering with Khan Academy.

Opposition to the Common Core continues to bubble up across various states, with the Oklahoma legislature recently passing a bill to withdraw its support for the standards. Oklahoma governor Mary Fallin has not indicated yet whether she’ll sign it.

MOOCs and Other Online Edu

NPR’s Anya Kamenetz has a look at knowledge.tt, a new online education portal sponsored by Trinidad and Tobago that will link to MOOCs and other online courses and will offer government-issued certificates for participation.

6 students of UC Santa Barbara were killed last Friday night in a shooting rampage. The killer, who subsequently shot himself, had posted videos to YouTube indicating his intentions to punish women for rebuking him.

The Chilean artist “Fried Potatoes” has removed some $500 million in tuition contracts from the for-profit Universidad del Mar and burned them. “It’s over. You are all free of debt,” he told students.

Inside Higher Ed takes a closer look at Temple University’s new IT policy and its focus on data security.

1 in 5 NYC high schoolers has a commute to school that takes at least 45 minutes.

A call for PhD reform – sorta – in the "Report of the MLA Task Force on Doctoral Study in Modern Literature.”

Robert Buckingham, the professor who was recently fired from the University of Saskatchewan after criticizing its restructuring plans, will not get his deanship back, according to Inside Higher Ed.

Former NSA head General Keith Alexander will teach a class on cybersecurity at Harvard. Maybe Edward Snowden can Skype into the class as a guest lecturer or something.

John Easton, director of the Department of Education’s research wing, the Institute of Education Sciences, join the edu-research-oriented Spencer Foundation this fall.

The LMS startup Instructure has launched a white label distance learning platform – “a new service for schools, colleges and universities that lets them host their own branded distance courses and course catalogs online — Canvas Catalog.”

GIS software maker Esri says it will donate $1 billion in licenses to US public schools as part of the Obama Administration’s ConnectEDU program.

RRKidz, the for-profit company that bought the rights to the public TV show Reading Rainbow, is holding a Kickstarter. It’s raised over $2.5 million already. Ah nostalgia. Funds will go to pay for Web access to the materials and discounts for poor kids. Because apparently the $3 million venture funding the startup raised a couple of years ago couldn’t pay for that. You know, if equity and access are your company’s priority, you build for the web in the first place. Also:

On the heels of reports about education reform fail related to his $100 million donation to the Newark schools, Mark Zuckerberg says he’s giving $120 million to the Bay Area schools. For what it’s worth, Facebook paid zero taxes – to the feds or the state of California – in 2012 (the last year I can find records for).

Edsurge has raised another $960,000 in funding from Steve Blank, Catamount Ventures, Dale Dougherty and the Women’s Venture Capital Fund. This brings to $2.86 million its total venture funding.

Tinybop has raised $5 million in Series A funding. This brings to $6 million the total raised by the children’s app maker.

Job placement startup Koru has raised $100,000 from the hip hop artist Nas, who’s also agreed to establish a scholarship funds for students who participate in a Koru program. The investment brings the total raised by Koru to$4.56 million.

“Tute, a UK-based social education platform which connects students with tutors via a virtual classroom environment, raised a venture round led by Leaf Investment with participation of existing investor Holidaybreak Plc,” reports Edukwest. Terms were not disclosed.

“Silicon Valley Firms Are Even Whiter and More Male Than You Thought,” says Mother Jones which has been trying for years to get Silicon Valley to turn over data about its workforce diversity. This week’s statistics come from Google and I hope they make everyone that cooed over recent stories about how Google doesn’t care about your grades think twice about calls to model hiring practices after the search giant.

Pearson has released an efficacy report on “college and career readiness” which finds its products to be effective. Mmmhmmm.

The Pentagon and the NCAA will undertake a $30 million study on concussions in youth sports.

The Condition of Education in 2014

“Is College Worth It?” asks David Leonhardt in The New York Times. Sara Goldrick-Rab has the best response to the question, IMHO.

Sriram Hathwar of Painted Post, New York and Ansun Sujoe of Fort Worth, Texas have been declared Scripps National Spelling Bee champions – it’s the first time in 52 years that two spellers will share the title.