The FCC has approved a plan to “modernize E-Rate” and expand funding for WiFi networks at public schools and libraries.

Senator Claire McCaskill released a report on sexual assault at colleges and universities. Among the findings, “More than 40 percent have not investigated a single case of sexual violence in the past five years.” (In related news: see updates from the University of Oregon basketball team below.)

“A Virginia teen is facing felony charges for allegedly sexting his girlfriend a video of his penis, and the authorities want to photograph his erect genitalia to bolster their case.” WTF.

Former Indiana Superintendent of Public Instruction Tony Bennett has reached a settlement with the state over charges of ethics violations. (“Bennett is alleged to have improperly used state resources to work on his 2012 re-election campaign.”)

Arizona State University professor Ersula Ore pleaded guilty to resisting arrest, although other charges against her (stemming from her violent arrest by a campus cop) have been been dropped.

A class action lawsuit has been filed charging that the Los Angeles Unified School District does not provide students with enough PE.

Higher Education Act reauthorization maybe: “Members of the US House of Representatives’ education committee took the first step on Thursday toward renewing the nation’s chief higher-education law, approving a trio of bipartisan bills that would promote competency-based education, expand financial counseling for student-loan borrowers, and streamline the information the government provides to prospective students.” More via The Chronicle of Higher Education.

The US House of Representatives also passed the Workforce Innovation and Opportunity Act.

The FTC filed a lawsuit against Amazon, claiming that it billed parents for millions of dollars in unauthorized in-app purchases made by kids.

AFSCME, a union that represents ~1.6 million workers, says it is cutting all ties with the United Negro College Fund after the latter accepted a $25 million grant from the Koch Brothers.

More education and library groups are speaking out against the FCC’s plan to end net neutrality. 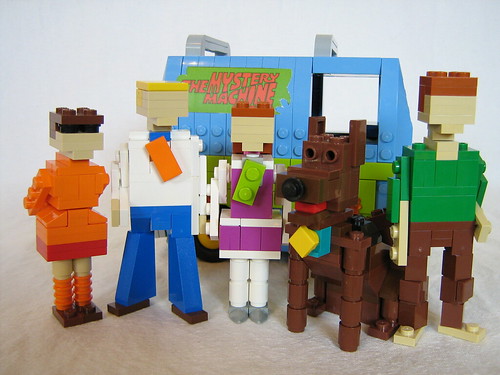 WTF happened to the #massiveteaching MOOC?! After what appeared to be a psychological? / pedagogical? experiment on the students (that included deleting the course), professor Paul Olivier Dehaye was removed from the Coursera MOOC “Teaching Goes Massive: New Skills Required." New skills indeed. See What You Should Know This Week over on EML for more links to what has to be the weirdest MOOC story to date.

Corporate MOOCs maybe not that big a trend after all.

The Oregonian examines how the University of Oregon basketball players, team, university, and victim might move on from this year’s high profile sexual assault case. One of the accused players, Brandon Austin, is reportedly heading to Hutchinson Community College. Austin came to the UO after being suspended from Providence College for sexual assault. Good to see everyone’s priorities are in order here.

“Prosecutors have dropped a felony charge against Julius Nyang’oro, the former department chair at the center of an academic scandal that has rocked the University of North Carolina at Chapel Hill,” reports The Chronicle of Higher Education. Nyang’oro is now cooperating into investigations into fraudulent classes offered by the university to student athletes.

The NEA passed a resolution calling for Arne Duncan’s resignation.

The other major teachers’ union, the AFT, is teaming up with the nonprofit Freelancers Union to offer contingent faculty members access to health insurance benefits.

Despite an attempted “coup” on the Fourth of July (LOL, Texans), UT President Bill Powers will continue to head the university ’til the summer of 2015, when he’ll step down from the role.

Eric Sheninger is stepping down as principal of New Milford High School to take the job of “Senior Fellow and Thought Leader on Digital Leadership” at Scholastic’s International Center for Leadership in Education.

Torture memo writer John Woo has been given an endowed chair by the UC Berkeley School of Law. Because “law.”

The publisher SAGE has retracted 60 articles from its Journal of Vibration and Control after it discovered a fraudulent peer review ring. You crazy criminally-minded academics.

Prince ordered a hackathon, sponsored by Facebook, to address the digital divide.

After a blog post by Bill Fitzgerald calling the company’s Terms of Service “about the worst I have ever seen,” Digedu says it’s revised its policies.

Sarah Houghton, “Librarian in Black,” discovered that Rosetta Stone “was setting ad tracking cookies (without disclosure or consent) on the personal computers of any library users who used the Library Edition that is offered through their libraries. This applied not only to the full product, but also to any library offering a temporary trial of the product.” Rosetta Stone say they’ve addressed the issue.

“LG has announced a wrist-worn device designed to let parents keep track of where their child is and listen to what they are up to,” reports the BBC.

The Sloan Consortium has rebranded and is now the Online Learning Consortium.

Mark Zuckerberg says that his plan to bring the Internet to poor countries “could save children’s lives.” “His nonprofit [Internet.org] wants to convince service providers to offer some free apps with every smartphone, ones that can be used without a data plan. The hope is that people will love the internet so much that they’ll scrape up the money to buy a data plan to use it more.” What a fucking saint.

A Kickstarter campaign to make some potato salad has surpassed its $10 goal, raising $46,597 because people are horrible pretty much.

Blackboard has acquired the help desk company Perceptis. You can write your own punchline for this one, folks. And/or you can read Michael Feldstein’s analysis of what the acquisition means.

Comfy, a start that helps college students find housing off campus, has raised a $600,000 seed round. It’s “eHarmony for student living,” according to the founder, who apparently knows little about eHarmony’s history of discrimination.

The Gates Foundation is backing the development of a birth control chip that lasts up to 16 years and can be turned on and off via remote and omg what could possibly go wrong.

The US Department of Education is spending $3 million on research to gauge the effectiveness of Khan Academy. And I’m like

The privatization of education harms women and girls, according to a report delivered to the UN.

“More than 180 neuroscientists have signed an open letter to the European Commission calling on it to reconsider the technical goals and oversight of one of the world’s largest brain-mapping projects, predicting it is likely to fail.”

“Python is Now the Most Popular Introductory Teaching Language at Top U.S. Universities”

“Wall Street as cause and beneficiary of skyrocketing university tuition”

The Wall Street Journal says that Thomas Piketty’s Capital in the 21st Century is this summer’s “most unread book.” Not sure I buy the methodology. Regardless: bonus points for me as I finished it.

And hey. the OECD predicts the collapse of capitalism. So there’s that to look forward to, I guess.