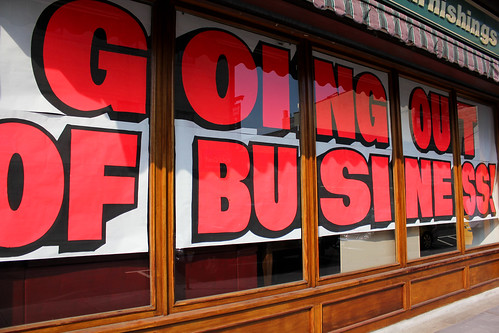 So Long and Thanks for All the Fish

I just got off the phone with Mike Lee, the founder of Edshelf, a startup that recently announced it was closing its doors at the end of the month.

There’s been a grassroots hashtag campaign on the part of some educators to #saveedshelf, and while I understand the good intentions — Mike is a great guy, and it sucks that his startup isn’t successful — I’m not sure I understand why this particular startup should be saved. I’m not sure why we’d believe that an expression of support via social media would trump revenue. Retweets don’t pay the bills, yo. Indeed, I think the whole thing comes close to reinscribing a dangerous narrative being promoted by investors and ed-tech industry cheerleaders that scale scale scale matters and then magically the money will follow.

The nature of the startup beast is failure, of course; most startups don’t make it. Most businesses don’t make it, true, but venture capitalists are playing a different game than are, say, the small business loan department at the local bank. VCs place a lot of bets, hoping at least one of their gambles pays off and pays off big.

I think education startups have an even more difficult road to travel that other consumer or enterprise-focused venture-backed tech — issues of school culture, budgets, bureaucracy, tradition, test score mania, not to mention industry behemoths who’ve lobbied their way into the decision-making at almost every levee of government. It doesn’t help that many ed-tech startups receive lousy advice from folks who don’t know jack shit about how schools work and are hoping instead to “disrupt” that process so that their own financial interests and processes and politics can triumph. Anyway...

I don’t have a strong background in business (disclosure: I have zero background in business) but I’ve been wondering for a while now if we’re on the cusp of a "moment of reckoning" for venture-funded ed-tech startups. (Oh sure, I realize that’s not the news you get from the sunny side of the street — you know, the news that’s also funded by investors.) But here’s the thing: startups have a fairly small window of opportunity in order to do something once they receive venture capital. Scale scale scale is one thing, sure. Find a business model is another. Ya know, make some money. Improve learning outcomes, LOL.

That window may be closing (has closed?) for the startups who raised money when this most recent ed-tech hype cycle started. Can they demonstrate scale and revenue? Is there a return on investment? Do they have a clear exit strategy? (That is what investors want, after all.) I sensed this last year, and I wrote a piece reviewing the status of the startups that I covered when I was working at ReadWriteWeb, from the spring of 2010 to the summer of 2011. It's a good post. Go read it. Because in part I talk about what has survived (tl;dr it's not Google products; it's open source initiatives run by universities.)

Truthfully, I was actually surprised then to see that of the 25 ed-tech startups I covered, all but one were still in business (and that one had been acquired by Amazon).

One year later, it’s a pretty different story. 5 of those companies have now been acquired. Two pivoted away from education. Several rebranded. One is dead. A couple are mere shells, seemingly kept alive by a single developer. Some people are less than transparent about what’s happening to their company (doesn’t really encourage folks to trust you, but hey…). Founders have left about half of these startups. The venture capital continues to flow to a handful. (Here's a link to a Google spreadsheet with the details about various updates.)

As I note in that original article, and I’ll reiterate here, these startups aren’t a great sampling of what was happening circa 2010. I was discouraged from writing about ed-tech when I worked for RWW (it’s why I founded Hack Education), and I had to choose my stories carefully.

Founded around roughly the same time, for example: Knewton (going gangbusters as it crafts the narrative about what we mean by “adaptive learning"), 2U (just IPO’d), Livemocha (acquired by Rosetta Stone), TenMarks (acquired by Amazon), Khan Academy (not only math-messianic but oh so flush with cash), the first cohort of the education startup incubator ImagineK12, and Edmodo.

Do Not Go Gentle Into That Good Night...

Ah Edmodo. This is the one to watch, I think. The company has raised about $40 million in venture capital. Its last round of funding, according to Crunchbase, was 2012. Since then, there have been leadership changes: a new CEO Crystal Hutter (incidentally, married to Rob Hutter, a partner at Learn Capital, one of Edmodo’s investors. I’m not sure what role founders Nic Borg and Jeff O’Hara play any longer.) And while the company can tout an ever-growing number of users (not active users, mind you. users), what it can’t boast — at least from what I can tell — is a path to profitability. The company, which still offers its core product for free, has tried a number of premium features — wholesaling apps via an app store and a premium analytics feature for districts.

And I dunno. Maybe it can eek out enough revenue to support the 110+ employees on “the team.” Maybe Edmodo is “too big to fail.” It does, after all, represent what has been the mantra I’ve heard investors preach to so many startup founders: Make your product free. Pitch to teachers. Avoid district bureaucracy. Grow big. Then raise VC. Sell to districts eventually, using your star teachers as leverage, particularly via social media. It’ll all work out. Magic formula. And such.

Or perhaps, before we lose more smart and kind founders like Mike Lee from ed-tech because they start to realize it's mostly frustrating bullshit, we can have some honest conversations about what’s working and what’s not working in the business of ed-tech.