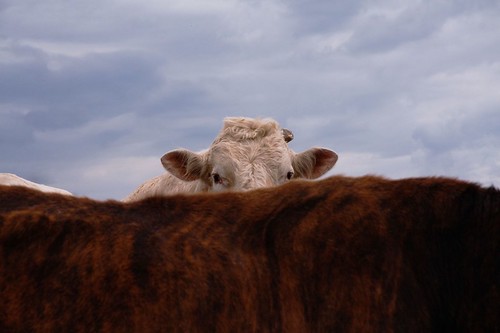 A Malaysian Airlines jet carrying almost 300 people was shot down in Ukraine this week. On board: about 100 AIDS researchers, heading to the 20th International AIDS Conference in Australia.

Israeli troops have started a ground assault into Gaza. “291 Palestinians – most of them civilians, of whom at least 50 were under the age of 18 – have been killed since fighting began on July 8.”

Some 52,000 unaccompanied children from Central and South America have arrived at the US border since October. The children are seeking asylum here. And the response from many in the US has been so ugly.

Debra Harrell, a 46-year-old African American woman from South Carolina, was arrested for letting her 9-year-old daughter play in a nearby park while she was at work at McDonalds. Officials have put the child into foster care. Because oh yeah, that’s just sooooo much better for the girl.

News broke this spring about an assignment given to middle-schoolers in the Rialto Unified School District asking them to argue whether or not the Holocaust had occurred. Not surprisingly, many were incensed, but the school district asserted that none of the students actually argued that it hadn’t. Not so, according to the Daily Bulletin, which obtained copies of students’ essays. Dozens argued the Holocaust was fake. Teachers praised some of those for their well-reasoned arguments.

“School choice” – code for “vouchers” – didn’t work out so well for Sweden, I guess.

“How The Koch Brothers Are Buying Their Way Into The Minds Of Public School Students” – good reporting from HuffPo’s Christina Wilkie and Joy Resmovits.

The estate of Arthur Conan Doyle asked the US Supreme Court for a stay after an appeals court ruled earlier this year that Sherlock Holmes should be in the public domain. But the Supreme Court Justice Elena Kagan rejected the request without comment. “Chalk up another (small) victory for the public domain,” says Techdirt’s Mike Masnick.

“The Trials of Graham Spanier, Penn State’s Ousted President” in The NYT Magazine: “The case against Spanier is at best problematic, at worst fatally flawed. More than 20 months after the state branded him a criminal, he still awaits a trial.” Hmm.

Following in the footsteps of the recent call by the NEA for Arne Duncan to resign, the other major teachers’ union, the AFT, says the Secretary of Education needs to be put on an “improvement plan” or Obama should fire him. No Secretary Left Behind.

Apple might have to pay $450 million to settle antitrust claims related to e-book price-fixing. (However, Apple can appeal, and the settlement could change.)

edX and Saudi Arabia’s Ministry of Labor announced the launch of a MOOC platform that will “deliver vocational & employability skills to women, youth, persons with disabilities and citizens in rural communities.”

Princeton history prof Jeremy Adelman won’t be teaching on Coursera any longer, but is moving his courseware over to the NovoEd platform. More from Jonathan Rees on the switch.

MOOCs might destroy MBA programs, according to research by two Wharton School professors. Here’s hoping that one certain Harvard business school prof is the first to be disrupted. *side eye*

After a long history of complaints, the State of Texas will revoke the charter of Prime Prep, a charter school founded by former NFL star Deion Sanders.

Microsoft plans to fire 18,000 employees – about 14% of its staff. Most of the layoffs will come from the Nokia division (Microsoft acquired the handset maker last year).

Desire2Learn rebrands as Brightspace. The new LMS is BS. Or something.

Pearson has launched a “competency-based education framework and readiness assessment for post-secondary education.” It’s fascinating to me how CBE is being touted as this new and exciting thing when the GED has been around for over 70 years.

Blackboard has a new UI for its LMS.

Facebook says it’s providing “free Wi-Fi access to a small number of students in the neighborhood surrounding the Rutherford Opportunity Center.” The company has a data center nearby.

“LeapFrog has long been a leader in the world of educational technology,” reads the lede in a Wired article this week. ORLY. Anyway. The company has some new hardware out.

Mozilla has launched its annual Maker Party, its “annual campaign to teach the culture, mechanics and citizenship of the Web through thousands of community-run events around the world.”

Moody’s Investors Services released its latest outlook for US higher education: and as it has been in recent years, that outlook (a rating of creditworthiness) is negative. This is “What You Should Know This Week,” a weekly feature on Educating Modern Learners. Chris Newfield also has a good response to what this means in terms of “permanent public university austerity.”

K12 Inc has opened a “family support center” in Alcoa, Tennessee. The facility, which won’t be used for teaching classes, will employ 150–300 people who will “help” families choose to put their kids into what remain incredibly lousy virtual classes.

Amazon has announced its plans to released “Kindle Unlimited” this fall, a $10/month subscription service for up to 10 titles a month to read on one’s Kindle or Kindle app.

“Italian intellectuals up in arms over hotel named after Antonio Gramsci.” Because hegemony.

Warren Buffett has donated $2.8 billion to the Gates Foundation.

Clusterflunk, which Edsurge describes as a “startup [that] takes the bro-speak marketing to another level,” has raised $1 million. This brings to $1.1 million the total raised by the startup.

Datawind, the maker of the low-cost Aakash tablet, has raised $28 million via an IPO.

A study has found that text message to high schoolers don’t do much to encourage them to fill out their FAFSA forms for four-year colleges, but those who are headed to community college respond a bit better to the messaging.

From law professor James Grimmelman, who’s been leading the charge questioning the ethics of the research and publication of the infamous “Facebook study”: a lengthy letter (PDF) demanding a retraction of the PNAS article and a review of the practices surrounding human research and social media.

An interactive visualization from the US Census on where (STEM) graduates work.

“In a study released today (July 16), two academics from the University of Pennsylvania’s Wharton School of Business estimate that the cost of a single scholarly article written by B-school professors is an astounding $400,000.” The disruption of business school professors! It's coming!!!