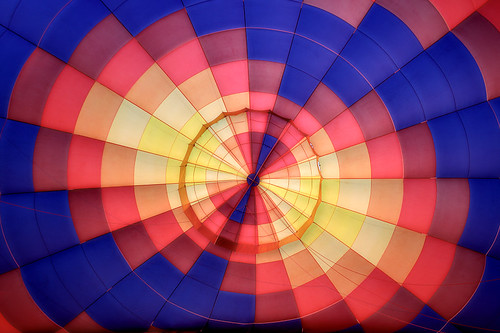 Rolling Jubilee, a group that grew out of the Occupy Movement, announced this week that it has purchased “for about three cents on the dollar, of nearly four million dollars’ worth of private debt from Everest College, which is part of the for-profit Corinthian Colleges system. The debts had been incurred by more than two thousand students.” The group then notified students that some of their debt had been canceled.

Missouri legislators are proposing that high school students take and pass a citizenship test in order to graduate.

The Texas State Board of Education has voted to require the state’s AP history classes to use state-mandated curriculum, not the new AP curriculum that has conservatives up in arms.

A New York judge has merged the two anti-tenure lawsuits in the state (much to the plaintiffs’ chagrin).

BC teachers are voting today on a new contract that would end the union’s strike.

“In 19 states, it’s still legal for personnel in schools to practice ‘paddling.’”

edX is relicensing some of its open source software, moving from the AGPL to the Apache license. The latter allows for more commercial and even proprietary software development. Because open.

“The MOOC Where Everyone Learned” is an actual headline.

“What UBC has learned about doing MOOCs”

The UT System will continue to offer MOOCs. (Of course, it’s invested $5 million in edX and earmarked $5 more for MOOC course development.)

Marks & Spencer will offer a MOOC with Leeds University.

Oakwood University will launch the first MOOC developed by a HBCU.

AT&T will offer 200 scholarships to underserved students to enroll in Udacity MOOCs.

A 95-page report from the American Institutes for Research (AIR) has evaluated LAUSD’s “Common Core Technology Project.” Only 1 teacher out of 245 classrooms reported using the Pearson curriculum. (It’s costing the district about $200 per device for a three-year licensing deal.) 80% of high schools reported they “rarely used the tablets.” The report found that the district was so busy dealing with the distribution of the iPads, it never really addressed using them in the classroom.

In other LAUSD news, the district will return three grenade launchers to the Department of Defense, but will keep 61 rifles and a Mine Resistant Ambush Protected armored vehicle.

Meanwhile on Other Campuses

The University of California has launched UC Ventures, a $250 million investment fund. (Some implications.)

Powerful tech incubator Y Combinator will offer classes at Stanford. Because of course it will.

Despite a popular online petition, Schenectady High School senior Draven Rodriguez will not be allowed to use a picture of him, his cat, and lasers as his senior photo.

6-year-old Salecia Johnson was arrested after she threw a tantrum at Creekside Elementary School. Any guesses on her race?

Brendan Iribe, CEO of Oculus VR, has made a $31 million donation to the University of Maryland, prompting this from The Chronicle of Higher Education: “Will the Next Classroom Disruption Be in 3-D? Facebook’s Virtual-Reality Company Thinks So”

The principal of Fiorello H. LaGuardia High School of Music and Art and the Performing Arts has declined Nicki Minaj’s offer to come and speak to her alma mater.

Heisman Trophy-winner FSU quarterback Jameis Winston was suspended for half a game for vulgar comments.

Gillian McGoldrick, the editor-in-chief of the school newspaper Playwickian was suspended for one month and faculty advisor Tara Huber for two days without pay over student editors’ efforts to remove the word “Redskins” from their newspaper. More via the Student Press Law Center.

After news broke that Microsoft had indeed acquired Mojang, the company’s founder “Notch” says he quits.

George Bradley, the president of Paine College, has resigned. The HBCU was placed on probation by its accreditor earlier this summer.

Over 475 custodians are being laid off in the Chicago Public Schools (although these are not directly CPS employees as the district has outsourced custodial services to other companies).

Via The Atlantic: “How Sugar Daddies are Financing College Education.” “The popular website Seeking Arrangement sets up ‘mutually beneficial relationships’ between wealthy older men and young female students. What the site doesn’t talk about is sex.” Oh. I see.

Textbook rental company (that now wants to extend its tentacles in all aspects of education services) Chegg has launched an online college counseling service.

Learnsprout has partnered with Pearson, announcing in a blog post that the startup has “been given the proverbial ‘keys to the kingdom’ and now have access to PowerSchool test servers, APIs, demo data sets, documentation and support.”

Urban Outfitters has apologized for marketing a “vintage” Kent State University sweatshirt that sure looked like it was covered in bloodstains and bullet holes.

Google has hit the road with a traveling Chromebook Lending Library, that’ll lend college student Chromebooks for a week.

“The unstoppable TI–84 Plus: How an outdated calculator still holds a monopoly on classrooms”

“At a New York state elementary school, teachers can use a behavior-monitoring app to compile information on which children have positive attitudes and which act out. In Georgia, some high school cafeterias are using a biometric identification system to let students pay for lunch by scanning the palms of their hands at the checkout line. And across the country, school sports teams are using social media sites for athletes to exchange contact information and game locations.” What could go wrong? More in The New York Times on concerns about data collection in schools. Marketplace covers the topic more gleefully.

Congratulations to this year’s MacArthur Fellows.

Terrance Paul, who created the Accelerated Reader software (which later became Renaissance Learning), died this past week. He was 67.

Microsoft has acquired Mojang, maker of Minecraft, for $2.5 billion. Ugh. Are we taking bets on how long it takes Microsoft to screw up schools' experiences with the game?

Ed-tech blog Edudemic has been acquired by an “organic search marketing company.” Top 10 Reasons Why This is Hilariously Perfect.

Rockit has raised $500,000 from Learn Capital, John Katzman, and Formation 8 for its online education platform, currently focused on the test prep market in Vietnam.

Salesforce has made a $5 million gift to the San Francisco public schools and a $1 million donation to Code.org.

“According to the latest figures from UNICEF, nearly 30 million children worldwide are not in school because their countries are embroiled in conflicts or have suffered other disasters.”

COSN's latest “K–12 IT Leadership Survey” found that just 34 of those working in IT leadership positions in are women. 48% of men surveyed said they earn $100,000 or more, while 36% of women reported earning that amount.

Spotify has data-mined what music college students listen to. Among the findings: BYU students do not listen to Iggy Azalea, something should all aspire to not do as well.