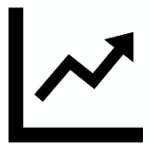 I don’t really/regularly pay attention to metrics like pageviews. Are writers supposed to? I dunno… I write because it helps me think. I don’t write so that people will click, although I am glad that some people do. Indeed, with the revamp of this site, I’ve ditched Google Analytics. So this time next year, I’ll just shrug and say “I guess some folks read some stuff.” This year, however, I can still be specific about what that stuff was:

This Year’s Most Clicked-On Posts


1. The Wrath Against Khan: Why Some Educators Are Questioning Khan Academy, July 19, 2011

12. Hacking at Education: TED, Technology Entrepreneurship, Uncollege, and the Hole in the Wall, March 3, 2013

A Couple of Observations on the Clicking


Hate-Clicks: Once again, my stories on Khan Academy and Codecademy remain the most trafficked pieces on this site. They also generate the most hate-mail. So that’s fun.

The Business of Ed-Tech: There’s an appetite for analysis of the business of ed-tech apparently, as folks clicked on some fairly old posts about startups and investors. I guess I could look to see how quickly those readers left this site, but that would mean opening Google Analytics again.

Talk Transcripts: These sorts of lists are biased towards blog posts from previous years – that is, those old ones get a full 12 months’ worth of traffic. Just 7 out of my top 20 stories were written this year. Of those, 5 were transcripts from my talks – validation, I suppose, for posting them online. I’m not sure it proves that people will actually read long-form content about ed-tech (again, that would require looking at Google Analytics). But I am very pleased that some of the work I’m most proud of this year made the list: Men Explain Technology to Me and Ed-Tech’s Monsters.