The Department of Education announced that it had reached an agreement with Harvard University after finding its law school in violation of Title IX for its response to sexual harassment and sexual assault complaints.

Georgia state lawmakers have passed legislation to reform lobbying, but have created a loophole so that they can still get freebies like college football tickets. Because ethics.

New York Governor Andrew Cuomo vetoed a law (that he’d initially supported) that would have protected teachers from receiving a low job performance rating based on their students’ test scores.

From The New York Times: “A state court panel in Kansas ruled on Tuesday that public schools were being unconstitutionally underfunded, though it stopped short of ordering a specific increase in education dollars.”

From Politico: “Republicans on the Hill are finding unusual common ground with teachers unions about an overthrow of the annual testing mandate embedded in No Child Left Behind.”

Inside Higher Ed reports that “What’s left of the bankrupt Lehman Brothers is suing Saint Louis University for about $18 million. Lehman Brothers Holdings, the legal remnant of the investment bank that went bankrupt in 2008, alleges the university failed to uphold its side of a complicated financial deal known as an interest rate swap.”


Purdue has partnered with edX.


“One bad tweet can be costly to a student athlete” as more schools monitor what students and recruits do online. 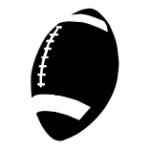 “What Made College Football More Like the Pros? $7.3 Billion, for a Start” (featuring a great quote by Ohio State quarterback Cardale Jones): “Why should we have to go to class if we came here to play FOOTBALL, we ain’t come to play SCHOOL, classes are POINTLESS.”

Ohio State will play the University of Oregon in the championship football game on January 12. The former beat Alabama and the latter beat Florida State yesterday.

Jessica Luther has the transcripts from FSU quarterback Jameis Winston’s disciplinary hearing. (The university opted not to punish him for sexual assault, despite detailed testimony from the alleged victim.)

Some University of Oregon football players celebrated their Rose Bowl win yesterday by singing “no means no” to the tune of the FSU war chant. UO coaches said the school will discipline them.

The Oregonian investigates the gang rape of Brenda Tracy by Oregon State University football players: “Our own review of the case found that the university community failed Brenda Tracy. The school never responded after she reported the assault. Pervasive conflicts of interest clouded judgment. The betrayal included hasty and questionable decisions made by local police and the district attorney’s office. Evidence was destroyed years before the statute of limitations expired – despite the strong urging by a deputy district attorney to preserve it.”

Via The Chronicle of Higher Education: “Confessions of a Fixer: How one former coach perpetuated a cheating scheme that benefited hundreds of college athletes.”

San Francisco 49ers coach Jim Harbaugh is returning to his alma mater, the University of Michigan, to be head coach. He’s signed a seven-year contract with a base salary of $5 million (more than double what the previous coach made).

Fort Bragg High School banned the boys and girls basketball team from Mendocino High School from competing in a tournament in the school after the teams wore “I Can’t Breathe” t-shirts, protesting the murder of Eric Garner by a NYPD officer. The school district later reversed the decision.


From The Washington Post: “Former Florida governor Jeb Bush, moving closer to a possible presidential run, has resigned all of his corporate and nonprofit board memberships, including with his own education foundation, his office said late Wednesday night.” (And a good chuckle from The New Yorker’s Andy Borowitz: “Jeb Bush Resigns as George W. Bush’s Brother.”)


Edsurge shares its list of the “Top Ten S’Cool Tools of 2014.” (Here’s my pick for the top ed-tech startups of the year.)

The New York Times profiles School Guard Glass, “a strong glass intended to thwart intruders for a minimum of four to six minutes.” Because this is how America addresses gun violence and school shootings: building and buying a product.

Via the World Bank’s Michael Trucano, “Translating and implementing the Khan Academy in Brazil.”


Snapchat has raised $485 million in investment, bringing to $611 million total raised by the messaging app. (Not education-related per se, I realize, but certainly one of the most popular apps used by teens.)


From the Pew Research Internet Project: “Technology’s Impact on Workers.”

NPR looks at the Sesame Workshop’s research (and app development) on toddlers and tech and vocabulary-building.

Via Tony Bates: “Are rich media better than single media in online learning?”

Via Bill Fitzgerald: “Resources on Disproportionate Suspension Rates and Law Enforcement in Schools”

According to the AP, the “The gap between what wealthy districts and poor districts [in Pennsylvania] spend to educate children has widened dramatically in the four years since GOP Gov. Tom Corbett took office….”