President Obama unveiled his budget this week. (The data is on GitHub.) Among the education-related items: an increase in $2.7 billion for Elementary and Secondary Education Act programs, including $1 billion for Title I; more details on “America’s College Promise” (that is, two years of free community college); $29.7 billion for Pell Grants; a rebirth (sorta) of the Enhancing Education Through Technology program. The budget would close a loophole that “sends billions to for-profit schools.” The budget also revealed that the student loan program had a $21.8 billion shortfall last year. Via The Chronicle of Higher Education: “What Obama’s 2016 Budget Means for Higher Ed.” Chance of Congress accepting this budget: unlikely.

FCC Chairman Tom Wheeler unveiled new rules this week that would preserve net neutrality by reclassifying broadband as a telecommunications service, governed by Title II. The FCC will vote on the rules by the end of the month. Broadband providers promise to sue. 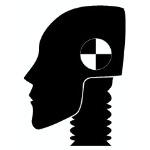 WTF, Wisconsin. So, Governor Scott Walker proposes cutting $300 million from the state’s public higher education system. He proposes scrapping the “Wisconsin Idea,” changing the mission of the state system from the “search for truth” to focus on meeting “the state’s workforce needs.” He wants to get rid of the regulatory board that oversees for-profit education in the state. He’s also proposing cutting funding for Common Core tests.

Following up on President Obama’s SOTU call for legislation protecting student privacy, Representatives Jared Polis and Luke Messer say they’ll draft a bill to do that. Polis has been a critic of the NSA’s massive data collection efforts, so maybe the bill will adequately address security and privacy and surveillance. LOL. Who am I kidding.

Kansas Governor Sam Brownback has announced a $44.5 million budget cut to education in the state.

Via Vox: “A program that provides contraceptives to low-income women contributed to a 40-percent drop in Colorado’s teen birth rate between 2009 and 2013, according to state officials.”

Also via Vox: “Cursive handwriting is useless, but politicians want students to learn it anyway.”

Via The Huffington Post: “Earlier this month, the outgoing head of Arizona's education department, John Huppenthal, said the ‘culturally relevant’ curriculum offered by Tucson schools violated a 2010 law restricting ethnic studies. The letter of noncompliance cited the teaching of Mexican history, a Rage Against the Machine song and a KRS-One essay called ‘An Introduction to Hip Hop’ as examples of the illegal promotion of ethnic solidarity or the overthrow of the U.S. government.” So KRS-One went to Arizona and gave a three hour lecture on the history of hip hop to students at Tuscon’s Cholla Magnet High School.

England’s Education Secretary Nicky Morgan has announced a “war on illiteracy and innumeracy.”

The French Parliament has passed a bill banning WiFi in nursery schools.

Education and the Courts


Buzzfeed’s Molly Hensley-Clancy looks at a lawsuit filed by students at the for-profit Walden University that “alleges that the school's rapid growth and focus on profit and marketing have created a dragged-out and misleading dissertation and thesis process, forcing students to spend more money on tuition.”


From The Australian Financial Review: “The company’s co-founder, Daphne Koller, said Coursera was rebuilding its ­platform ‘from the ground up’ to allow students to commence courses ‘on demand’ and to give university ­instructors access to student data on progress and performance. She said these two changes would allow universities and colleges to use Coursera’s online teaching packages in place of regular lectures allowing them to teach in areas where they don’t have enough in-house expertise.” The arc of ed-tech “innovation” is long and it bends towards the LMS, I guess.

You can watch video lectures on Jet Blue and on Virgin Airlines, says Time. The Onion responds:

The publisher Springer says it’ll offer some MOOC students discounts on some textbooks.


Fourth-grader Aiden Stewart has been suspended from school for allegedly possessing Sauron’s One Ring and threatening to use its magical powers to make a classmate disappear.

Harvard has officially banned professors from having sex with undergraduates. (I guess sex with grad students is still permitted?)

Uber and Carnegie Mellon University announced a strategic partnership that “includes the creation of the Uber Advanced Technologies Center in Pittsburgh, near the CMU campus. The center will focus on the development of key long-term technologies that advance Uber’s mission of bringing safe, reliable transportation to everyone, everywhere.”

The University of Vermont “recognizes a third gender: neutral.”

“The University of Missouri at Kansas City gave the Princeton Review false information designed to inflate the rankings of its business school, which was under pressure from its major donor to keep the ratings up,” reports Inside Higher Ed. The Princeton Review responds.

A shooting at the University of South Carolina left two dead in an apparent murder-suicide.

For-profits Globe University and the Minnesota School of Business are shutting down programs – “the latest development for the schools, which have been under increasing scrutiny since Minnesota Attorney General Lori Swanson filed suit accusing them of using high-pressure sales tactics to mislead students about their job prospects after graduation.”

The Zenith Education Group (a.k.a. student loan debt collector ECMC) has finalized its acquisition of 50+ Everest and WyoTech campuses from the for-profit Corinthian Colleges.

Students at Corinthian Colleges will have their student loan debt forgiven, reports NPR.

The Chronicle of Higher Education asks “Should Colleges Be Forced to Swiftly Report Rapes to the Police?”

Kieran Healy has another look at the California vaccination data.

California legislators are considering ending the personal belief exemption that allows parents to opt their public school children out of mandatory vaccines.

Via The Atlantic: “How Schools Are Dealing With Anti-Vaccine Parents.”


Fewer students are taking the GMAT.

From Indiana Public Media: “When Testing Technology Fails, Students Fear They Will Too.”

The Mississippi House of Representatives has passed a bill that would “ban use of a Common Core-related test, end high school exit exams in biology and U.S. history and push the state Board of Education to adopt standardized tests published by the ACT organization.”

Via the AP: “Stressed-out students who thought their completed ACT exams had gone missing can relax: The nearly 200 college-entrance exams they completed in December have been found at an Iowa grocery store.”


The University of Phoenix doesn’t field a football team. But it does have its name on a football stadium, the site of this year’s Super Bowl.

Should student-athletes be allowed to major in their sports?


Marquette University is taking steps to revoke the tenure and fire professor John McAdams for statements he made (and blogged) about a graduate student instructor.

Rob Grimshaw is the new CEO of TES Global.

For the second year in a row, reports NYT’s Motoko Rich, the number of applicants to Teach for America has dropped. TFA has “advised schools that the size of its teacher corps this fall could be down by as much as a quarter and has closed two of its eight national summer training sites, in New York City and Los Angeles.”


This year’s John Newberry Medal goes to The Crossover by Kwame Alexander. The Randolph Caldecott Medal goes to The Adventures of Beekle: The Unimaginary Friend, illustrated and written by Dan Santat. The full list of this year’s ALA Youth Media Awards is here.

Go Set a Watchman by Harper Lee will be published by HarperCollins this summer – 55 years after the publication of her only other novel, To Kill a Mockingbird. Hmmmm.

The Raspberry Pi 2 is coming soon. Still $35, the minicomputer will have “a 900 MHz quad-core central processing unit, or C.P.U., compared with a 700 MHz single-core C.P.U. in the older version and features one gigabyte of RAM memory, or double what was previously included.”

Neverware, which offers a virtualization solution so that schools can get better performance out of old computers, is releasing a cloud-based OS. More via Edsurge.

Remodeling efforts at Bletchley Park have discovered some of Alan Turing’s notes (which were thought destroyed under wartime secrecy rules). Apparently the pieces of paper were used as insulation in Hut 6.

Ada Developers Academy, a programming school for women, is spinning out of the Seattle-based Technology Alliance in order to form its own non-profit organization.

The anti-bullying business is booming.

The Chronicle of Higher Education takes a look at Pocket Points, an app that rewards students “with coupons for local businesses when they exhibit self-control and leave their phones untouched during class.”

Google has partnered with Disney for a new cartoon series, Miles from Tomorrowland, that aims to inspire kids to code.

The original wiki is now a federated wiki.

Interactive timeline tool Hstry thought it was a good idea to re-enact the murder of Emmett Till on Twitter. WTF. Needless to say, the Twitters did not agree. The company says it’s sorry.

The Ford Foundation will now require a CC BY Creative Commons license on projects that it funds.

NMC has launched a crowdfunding campaign, hoping to expand the reach of the next version of its Horizon Report.

Coursmos has raised $600,000 from Altera Capital Group and Imperious Group. The startup, which offers “mobile-friendly micro-courses,” has raised $1.3 million total

CampusQuad has raised $5 million from ICG Ventures. The startup, which offers a “mobile student engagement platform,” has raised $6.9 million total.

Google has acquired Launchpad Toys. Terms of the deal were not disclosed. The startup is shutting down its ToonTube network where the stories made with its Toontastic app could be showcased. (Be sure to download your kids’ stories!)

Follett has made a “strategic investment” in Vocabulary.com.


The 94-year-old company Radio Shack has filed for Chapter 11.


“The emotional health of incoming freshmen is at its lowest point in at least three decades,” according to the American Freshman Survey. More about the survey via Inside Higher Ed.

A report from the Pell Institute on higher education and equity finds that the family income drives access to college education and the gap between rich and power is widening.

According to the International Data Corp, global shipments of tablets are falling.

According to a report from the Georgetown University Center on Education and the Workforce, the US spends $1.1 trillion on college and workforce training.

According to commentary published in the journal Pediatrics, “Using a smartphone or iPad to pacify a toddler may impede their ability to learn self-regulation.”

This week in charts and graphs: “Today’s College Freshmen, Explained in 4 Charts” from Vox. “The vast income gap in college degrees, in 3 charts” also from Vox. Where are Teachers Really Paid Most?“ from Edsurge. ”Gendered Language in Teacher Reviews“ from Ben Schmidt. ”Where the Senate Went to College in One Map“ from The Washington Post. ”The MOOC Hype Fades in 3 Charts" from The Chronicle of Higher Education.