SRA Cards: A History of Programmed Instruction and Personalization

Don Parker described his development in 1950 of what became the ubiquitous SRA cards like this (PDF):

Here I was facing thirty-two rural seventh graders, not knowing what to do. It was necessity that started to hatch a plan in the back in my head. The school didn’t have the money to buy new workbooks for every student, but I knew a series of ten workbooks that cost only a dollar each. Each book contained forth lessons. The plan and work method of the lessons were pretty much alike across all levels.


By cutting these books up into separate lessons and putting each lesson in a folder, I could let each student complete a folder and pass it on to the next student at that level. Next day, another student could use the same folder. And if the written work were done on a separate piece of paper, the folders would always be reusable.


Being ignorant of what a teacher should do (after all, I was a psychologist), I didn’t correct the students’ work. Instead, I made keys so that they could correct their own work each day.


And of course, I had to put all that stuff in something, so I found an old tomato box. To avoid embarrassing anyone, I didn’t designate the levels by grade numbers, but instead colored a band around the edge of each folder. The students would say “I’m working in green” (or orange, or purple, or whatever). There were ten color-coded levels.


To give students still more responsibility for their learning, I had each one keep a chart of his or her daily progress. When the chart showed that the student was maintaining high comprehension, vocabulary, and word-analysis scores, it was time to move up to a higher color-level. 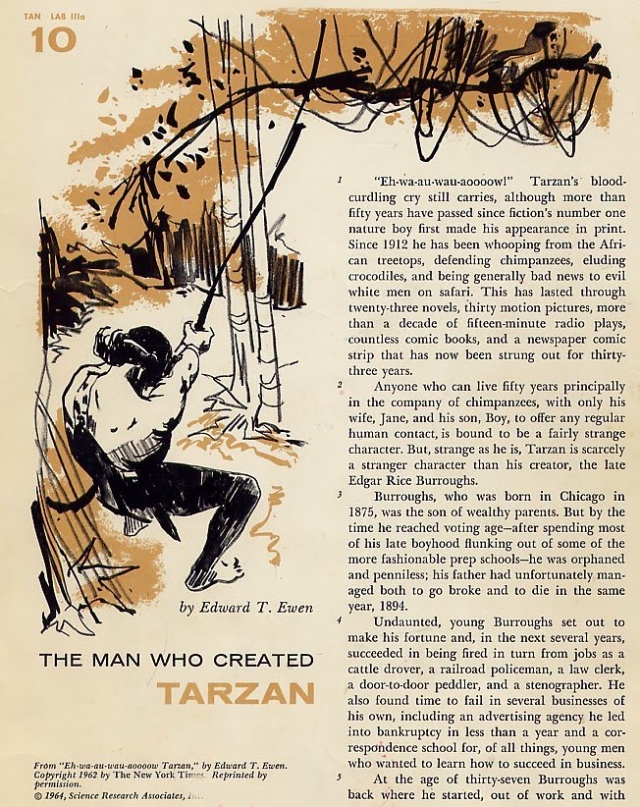 In 1955, Parker pitched the “multilevel reading” product to Science Research Associates, a small Chicago-based publishing company (founded by Lyle Spencer in 1938) that produced primarily aptitude and vocational tests. The company, looking to expand into the growing educational materials market, struck a deal with Parker, who helped develop the commercial product and eventually became the company’s “scientist in residence.”

The SRA Reading Laboratory Kit was first published in 1957, with a suggested sale price of $39.95 per box.

IBM acquired SRA in 1964. It sold SRA to Maxwell Communications Company in 1988, and when the latter tried to stage a hostile takeover of CTB/McGraw-Hill the following year, the SRA assets became part of a new company, Macmillan/McGraw-Hill.

McGraw-Hill continues to publish the SRA Reading Laboratory – in print and as software – to this day. Over 127 million children have used the product. 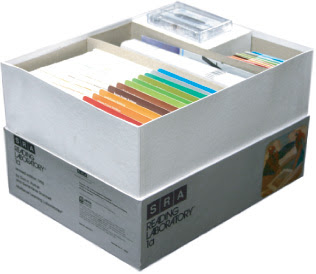 Those "classic" SRA cards, so popular in classrooms in the 1960s and 1970s, were clearly not “ed-tech.” Yet we can see in the product some of the motivations behind many teaching machines, both new and old.

The cards were purposefully designed as an alternative to whole class instruction, so that students could focus on activities aimed at their particular (reading) level and move forward at their own pace. “I wanted, somehow, to individualize instruction,” Parker says in his story. Individualized instruction is often branded as “personalization.”

Like many education technology advocates today, Parker’s own history of the SRA cards – at least as packaged by McGraw-Hill (circa 2002?) - rails against traditional classroom practices as “educating for the Industrial Age” and “a world that no longer exists.” Parker connects the “basic human needs that were met by that old tomato box” to the hope and potential for a future of electronic reading cards and even - someday - “teledemocracy.” (Thankfully, that hasn’t become a buzzword.) 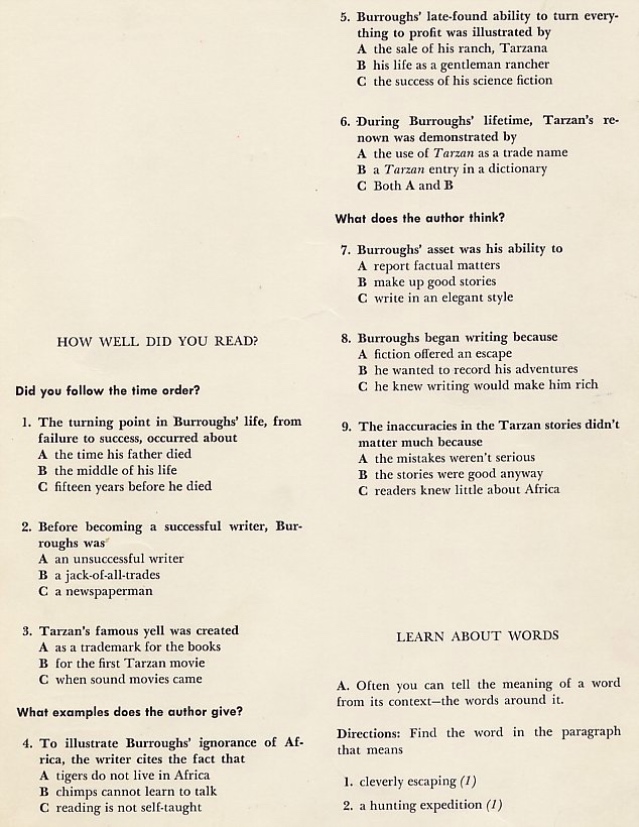 While the old SRA cards were not programmed instruction via machine, they were still programmed instruction in terms of process if not philosophy: a fixed set curriculum – fiction and non-fiction reading passages (and later math and science content) for every grade level – designed for students to move through systematically and have their progress and their good behavior rewarded along the way. The product is called "laboratory," but the experiments with reading, quite limited, quite scripted.

I mention behavior here because, of course, “programmed instruction is a phrase” coined by B. F. Skinner, and the SRA cards are in many ways a behaviorist educational tool, relying heavily on positive reinforcement (and with just a few exceptions, fulfilling educational psychology's definition of "teaching machine.") The development and commercialization of Parker’s “multilevel reading” cards occurred just as Skinner’s ideas were becoming popularized and commercialized – just as Skinner himself was also trying to convince publishers and IBM to develop programmed materials and teaching machines. IBM's acquisition of SRA in 1964 fits in quite neatly with these efforts. (IBM had already developed test scoring machines in the 1930s and was an assignee for the patent of one of Skinner's devices in the late 1950s.)

A Fondness for Behaviorism


Much of the nostalgia I’ve found online for the SRA cards notes, quite fondly and probably quite unintentionally, that behaviorism. Folks talk about being sent to “the box” as a reward for completing other class assignments. They speak of the pleasure of moving on and up to the next color. (There are few stories from struggling readers, those stuck reading from the colors that everyone knew were on the bottom of the rainbow scale.)

Me, I don’t share that fondness. I remember thinking mostly that the reading passages were incredibly dull. The behavior I learned: burn through the cards as quickly as possible and once you finish the last color – was it purple? – the teacher shrugs and lets you choose your own reading.