The earliest teaching machines – those built by B. F. Skinner and Sidney Pressey, for example – were not adaptive. They did promise “personalization” of sorts by allowing students to move at their own pace through the lessons, but that path was quite rigidly scripted. The machines only responded to right or wrong, allowing students to proceed to the next question if they got the previous question right. And the point, particularly of machines designed around Skinner’s theory of “operant conditioning,” was for the student to get it right, that is to maximize the positive reinforcement. As Paul Saettler writes in his 1968 book, A History of Instructional Technology, “Effective Skinnerian programming requires instructional sequences so simple that the learner hardly ever makes an error. If the learner makes too many errors – more than 5 to 10 percent – the program is considered in need of revision.” These machines could not diagnose why a student got an answer wrong or right; again, according to behaviorist theory, the machines were designed so to make sure students got it right.

Despite initial excitement of learning with a new technology like one of Skinner’s teaching machines, many students found these devices to be quite boring. “The biggest problem with programmed instruction was simply that kids hated it,” writes Bob Johnstone in Never Mind the Laptops. “In fact, it drove them nuts - especially the brighter ones. The rigidity of the seemingly endless, tiny-steps, one-word-answer format bored clever students to tears. They soon found ingenious ways of circumventing the programs and even, in some cases, of sabotaging the machines. A well-placed wad of chewing gum could throw a whole terminal out of whack.”


Best known for Conversation Theory, the British cybernetician Gordon Pask designed a different sort of teaching machine – an adaptive teaching machine – patenting it in 1956. This patent provides the basis for the self-adaptive keyboard instructor (SAKI), which the theorist Stafford Beer described as “possibly the first truly cybernetic device (in the full sense) to rise above the status of a 'toy' and reach the market as a useful machine.” 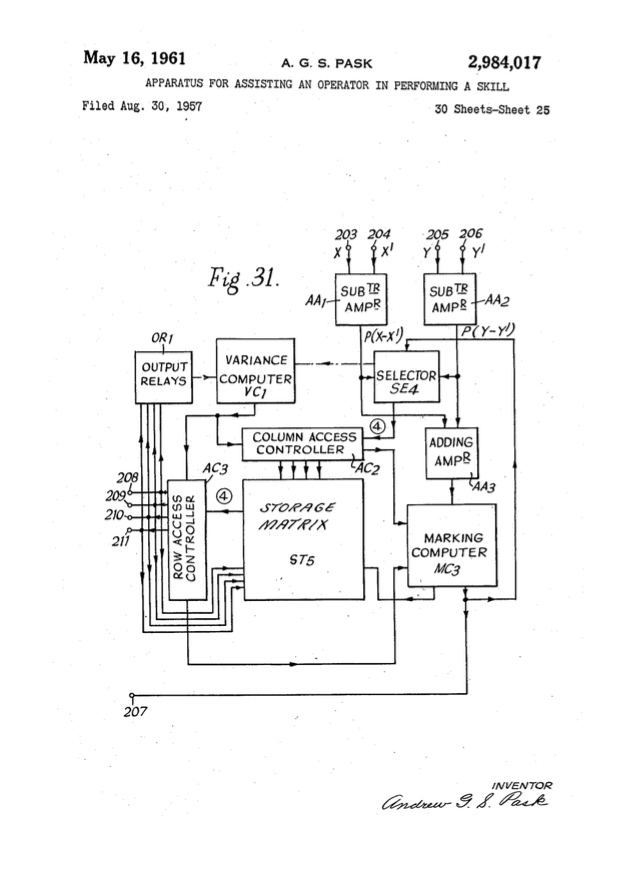 The SAKI was designed to train people to use a Hollerith key punch, a manual device used to punch holes in cards used in turn for data processing. There was at the time quite a significant demand for keypunch operators – mostly women – as this was, until the 1970s, a common method for data entry. 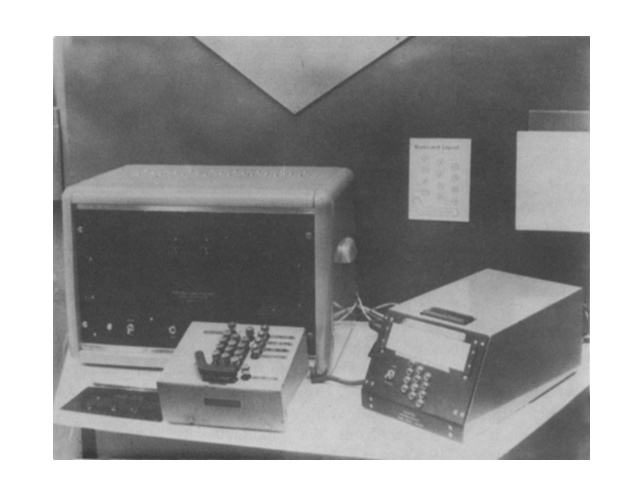 Like many teaching machines (then and now), SAKI purported to function like a human tutor. But unlike earlier teaching machines, the adaptive component of Pask’s devices offers more than just an assessment of right or wrong: they identify and measure a student’s answers – accuracy, response time – and adjust the next question accordingly. That is, the difficulty of the questions are not pre-programmed or pre-ordained. As Pask writes in a 1958 article “Electronic Keyboard Teaching Machines,”

The only meaning which can be given to ‘difficulty’ is something which this particular trainee finds difficult. There would be little point in building our own idea of difficulty into a teaching machine, and still less an average difficulty scale, for example, a scale obtained by averaging the results of a number of tests using this exercise material presented to different subjects. This average measure of difficulty might be perfectly valid on the average, but it would almost certainly never apply to a specified individual. In fact, even for the same individual, something deemed difficult at one moment will be rated easy the next.

Stafford Beer described using the SAKI in his 1959 book Cybernetics and Management:

You are confronted with a punch: it has blank keys, for this is a “touch typing” skill. Before you, connected to the punch, is Pask’s machine. Visible on it is a little window, and an array of red lights arranged like the punch’s keyboard. The figure “7” appears in the window. This is an instruction to you to press the “7” key. But you do not know which it is. Look at the array of lights. One is shining brightly: it gives you the position of the “7” key, which you now find and press. Another number appears in the window, another red light shines and so on. Gradually you become aware of the position of the figures on the keyboard, and therefore you become faster in your reactions. Meanwhile, the machine is measuring your responses, and building its own probabilistic model of your learning process. That “7,” for instance, you now go to straight away. But the “3,” for some obscure reason, always seems to elude you. The machine has detected this, and has built the facts into its model. And now, the outcome is being fed back to you. Numbers with which you have difficulty come up with increasing frequency in the otherwise random presentation of digits. They come up more slowly, too, as if to say: “Now take your time.” The numbers you find easy, on the contrary, come up much faster: the speed with which each number is thrown at you is a function of the state of your learning. So also is the red-light system. For as you learn where the “7” is, so does the red-light clue gradually fade. The teacher gives you less and less prompting. Before long, if you continue to improve on “7,” the clue light for “7” will not come on at all. It was getting fainter on "5" for you were getting to know that position. But now you have had a relapse: “5” is eluding you altogether. Your teacher notes your fresh mistakes. “5” is put before you with renewed deliberation, slowly; and the red light comes back again, brightly.... So the teaching continues. You pay little intellectual attention: you relax. The information circuit of this system of you-plus-machine flows through the diodes and condensers of the machine, through the punch, through your sensory nerves and back through your motor nerves, the punch, the machine. Feedback is constantly adjusting all the variables to reach a desired goal. In short, you are being conditioned. Soon the machine will abandon single digits as the target, and substitute short runs of digits, then longer runs. You know where all the keys are now; what you have to learn next are the patterns of successive keys, the rhythms of your own fingers. 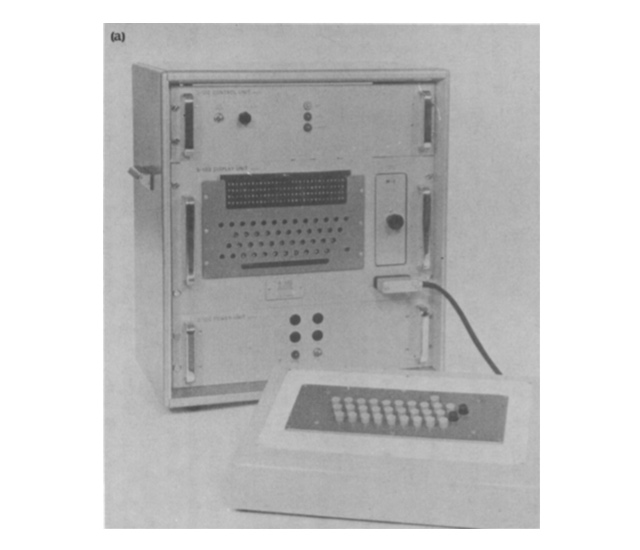 As Pask's patent application contends, the adaptivity of the machine serves to keep student’s interest (again, a feature that sets it apart from earlier teaching machines):

If the operator is receiving data at too slow a rate, he is likely to become bored and attend to other irrelevant data.


If the data given indicates too precisely what responses the operator is required to make, the skill becomes too easy to perform and the operator again tends to become bored.


If the data given is too complicated or is given at too great a rate, the operator is unable to deal with it. He is then liable to become discouraged and lose interest in performing or learning the skill.


Ideally, for an operator to perform a skill efficiently, the data presented to him should always be of sufficient complexity to maintain his interest and maintain a competitive situation, but not so complex as to discourage the operator. Similarly these conditions should obtain at each stage of a learning process if it is to be efficient. A tutor teaching one pupil seeks to maintain just these conditions.

Pask argued that, by using the SAKI for 35 minutes every workday, a novice keypunch operator could be trained to type 7000 kdph (key depressions per hour) in 4–5 weeks. “There is a slightly arcane figure (which is, however, if anything conservative),” he wrote in an article reviewing twenty-five years of SAKI development, “citing between 30% and 50% saving in training time.”

In 1961, the manufacturing rights to SAKI were sold to Cybernetic Developments. About 50 devices were sold.