“The Long Game of Betsy DeVos” by Jennifer Berkshire.

Via The 74: “Betsy Devos, Trump’s EdSec Pick, Promoted Virtual Schools Despite Dismal Results.” Her husband is an investor in K12 Inc. (Meanwhile, The 74’s founder Campbell Brown says she won’t write about DeVos since they’re besties.)

Education Week looks at the campaign donations Betsy DeVos has made to “to Senators who will oversee her confirmation.”

Via Politico: “Trump’s education secretary pick supported anti-gay causes.” Pretty sure that’s the case for every cabinet pick Trump has made so far.

Via The Columbia Dispatch: “Group once led by Trump education secretary nominee owes $5.3 million to Ohio.” The money owed is by All Children Matter Inc stemming from fines to the Ohio Elections Commission for violating campaign finance law.

“What’s the worst that could happen under New Ed Secretary Betsy DeVos?” asks The Hechinger Report, with the hellish-scenario game we get to play for the next four years. Yay.

“What Is the Future of the Office for Civil Rights?” by The Atlantic’s Melinda D. Anderson.

The Autistic Self Advocacy Network issued a statement on the nomination of Jeff Sessions as US Attorney General. Among the organization’s reasons for condemning the nomination: “Senator Sessions has suggested increasing the segregation of disabled students in public schools, calling the inclusion of students with significant disabilities ‘the single most irritating problem for teachers throughout America today.’”

More on how Trumpism is affecting schools in the campus and research sections below.

Certainly relevant to the new administration, this via Mother Jones: “Mike Pence’s Voucher Program in Indiana Was a Windfall for Religious Schools.”

Via The Chronicle of Higher Education: “In a report released on Wednesday, the U.S. Government Accountability Office said the federal government would forgive at least $108 billion of student debt in the coming years, an amount higher than expected.” More via NPR and Inside Higher Ed.

Via Politico: “Virginia Foxx wants to dismantle the Education Department and erase Barack Obama’s education legacy – and she’s poised to become one of the Hill’s power players with the authority to do that. The 73-year-old GOP lawmaker and former community college president is poised to assume the leadership of the House Education and the Workforce Committee, and she wants to veer far away from what she regards as Obama’s wrongheaded approach. ‘I’m going to push to diminish the role of the federal government in everything it’s in that isn’t in the Constitution,’ Foxx said in an interview in her district in North Carolina. ‘That’s education, health care. All the things that the federal government does that it should not be doing. I’m happy to diminish its role.’”

Via the Lexington Herald Leader: “Kentucky university funds may be based in part on number of degrees.”

Via the AP: “The state of Utah has denied it has anti-gay school laws as it defends itself from a lawsuit challenging restrictions on talk about homosexuality in the classroom.”

“Eighth-grade students across the United States showed some improvement in math and science over the past four years, but fourth-graders' performance was stagnant and students in both groups continued to trail many of their peers in Asia, according to the results of a major international exam released Tuesday,” The Washington Post reports. The test in question: The Trends in International Mathematics and Science Study (TIMSS) which is administered to students around the world.

Via The Center for Investigative Reporting: “McCain assails Pentagon for being too harsh on for-profit college.” McCain was angry that the University of Phoenix, one of his biggest donors, was sanctioned for predatory marketing to veterans.

Via Inside Higher Ed: “Some U of Phoenix Programs Fail Gainful Employment Standard.”

Via the AP: “For-profit colleges expect fortunes to improve under Trump.”

The Center for American Progress examines the enrollments in graduate programs at for-profits, noting that despite a drop in undergraduate loans, the money is still “flowing” for graduate student loans.

Via Google’s press release: “Google and Bertelsmann launch mobile digital skills initiatives with Udacity – 10,000 Android scholarships available for EU developers.” No mention that Bertelsmann is an investor in Udacity, or that Udacity’s founder is a former Google exec.

Via The New York Times: “The student who wounded 11 people this week at Ohio State University, plowing his car into a cluster of pedestrians and then slashing some of them with a butcher knife, may have been inspired by Anwar al-Awlaki, a Qaeda recruiter and propagandist, or by the Islamic State terrorist group, investigators said on Wednesday.”

Via The Chronicle of Higher Education: “How Colleges Are Responding to Demands That They Become ‘Sanctuary Campuses’.”

Via The New York Times: “Professor Watchlist Is Seen as Threat to Academic Freedom.”

Via Inside Higher Ed: “Dowling College filed for Chapter 11 bankruptcy protection Tuesday, moving to sell its two campuses on Long Island after shutting down this summer due to financial problems.”

Colorado Heights University will close, according to The Chronicle of Higher Education, after losing recognition by its accreditor.

Inside Higher Ed looks at how Trinity College in Connecticut is changing under its new leadership.

Via Inside Higher Ed: “Pivotal Year for Accreditation.”

“The first round of accreditation decisions for teacher prep programs under a new set of so-called ‘tougher’ standards is now over,” writes Education Week. “Out of 21 teacher preparation programs from 14 states that were seeking accreditation under the new standards, 17 have met all expectations and gained accreditation.”

Udacity has announced a “the Associate Android Developer Fast Track,” to help people get their Android certification. “This program is a model of efficiency, designed to teach you exactly what you need to know to successfully pass the exam and earn your certification from Google.”

Via Inside Higher Ed: “Liberty University has hired Ian McCaw – the former Baylor University athletics director who resigned amid widespread claims that his athletic department mishandled reports of sexual assaults committed by football players – to serve as its new athletics director.”

Via the AP: “A judge on Wednesday awarded more than $5 million to a former Penn State assistant football coach over his treatment by the university following Jerry Sandusky’s arrest on child molestation charges five years ago.”

This, from Edsurge, is horrifying: “What Universities Can Learn from Udacity‘s ’Gig Economy’ Service.” Can we talk about the “gig economy” and racial and gender bias, please? How its profits mostly go to wealthy executives rather than workers? (More on the “gig economy” from Data & Society.)

Via PRI: “Job retraining classes are offered to Rust Belt workers, but many don’t want them.”

Via The Hechinger Report: “Are uncertified teachers better than substitutes?”

Via The Register: “Kids’ Hour of Code turns into a giant corporate infomercial for kids.”

Via the press release: “The Library of Congress today signed a memorandum of understanding (MOU) with the Digital Public Library of America to become a ‘content hub partner’ and will ultimately share a significant portion of its rich digital resources with DPLA's database of digital content records.” 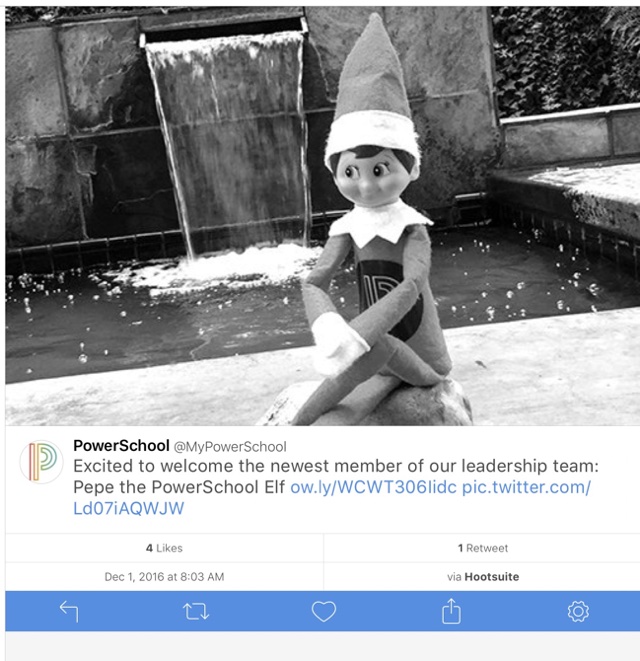 Larry Cuban has another article on AltSchool, which he says marries Dewey and Thorndike. Worst. Marriage. Ever.

Inside Higher Ed looks at an “Anti-Authoritarian Academic Code of Conduct” and MIT faculty’s commitment to “shared values” in response to Trump.

“If You Had $45 Billion, What Would You Do to Improve Education?” The Chronicle of Higher Education’s Goldie Blumenstyk asks Jim Shelton who now heads the Chan Zuckerberg Initiative, Mark Zuckerberg’s venture philanthropy fund. (I’d probably take it and divvy it up among the 15 million children who live in poverty in the US, but clearly I’d make a terrible venture capitalist.)

Via Edsurge: “How to Combat Fake News Online? Bring Reddit (and Other Online Forums) Into the Classroom.” Uhhhh, this seems to overlook what a cesspool of racism and misogyny Reddit is and how it’s been a key part of misinformation campaigns in the past.

Mozilla is retiring its identity management service Persona. But according to DigitalMe’s Matt Rogers, you shouldn’t worry if this was how you logged into your badge Backpack.

Also via Techcrunch: “Primo Toys rolls out Cubetto, a wooden robot that teaches kids to code.”

The Business of Ed-Tech

Livingtree, a private social network for schools and parents, has been acquired by Dean Drako, CEO of Eagle Eye Networks. The terms of the deal were not disclosed.

Via The Oregonian: “Audit: Oregon’s cyber security shortfalls leave state data vulnerable to hackers.” Among the state agencies that were reviewed and found vulnerable: the Department of Education.

Via Edsurge: “Overcoming Hacking and Cybercrimes – The Next Obstacle to Edtech.”

Speaking of cybercrime, you know it’s bad when hackers use ransomware to attack San Francisco’s public transit system. Good thing all the technologists in the vicinity are out there solving the world’s most pressing problems.

Common Sense Media looks at education applications’ use of encryption. “Our findings indicate that a significant number of vendors do not provide even basic support for encryption. While 52 percent of the 1,221 login URLs we surveyed require encryption, 25 percent do not support encryption at all, and an additional 20 percent do not require an encrypted connection.”

Via The Guardian: “Libraries promise to destroy user data to avoid threat of government surveillance.” One of the libraries in question: The New York Public Library.

Meanwhile, “The Internet Archive is building a Canadian copy to protect itself from Trump,” The Verge reports.

Analytics software Tableau offers its report on “The State of Data Education in 2016.”

Via Bryan Alexander: “Demographics and the future of education: lessons from a new study.”

Via Inside Higher Ed: “Report Projects Impact of Possible New Recession on Public Institutions.” The report comes from New America.

According to research from the National College Access Network, “the percentage of graduating high school seniors who completed the Free Application for Federal Student Aid in 2015 varied widely by city,” Inside Higher Ed reports.

Via Inside Higher Ed: “After reaching a peak of 14 percent in 2008, the number of undergraduates nationwide who used private student loans declined by roughly half by 2012, to 6 percent, according to a new data report from the U.S. Department of Education’s National Center for Education Statistics.” More too from Inside Higher Ed on how Moody’s views student loans.

Via Education Week’s Market Brief: “New Analysis Compares Costs, Effectiveness of K–3 Math Products.” The report comes from Noodle Markets. (This trend of startups releasing research on the efficacy of other startups is one to watch, particularly when they share many of the same investors.) Among the findings: “Houghton Mifflin Harcourt, Pearson, and McGraw-Hill account for 85 percent of the market share for K–3 math curriculum.”

Edutechnica is giving away data about LMS usage for Australia, Canada, and the UK. Mindwires Consulting is selling their report on the European LMS market.

“Who Thinks Tech Makes Learning More Fun?” asks Edsurge in a story that looks at the results of a survey by flashcard app maker Quizlet.

A report from Teaching Tolerance: “After Election Day, The Trump Effect: The Impact of the 2016 Presidential Election on Our Nation's Schools.” The report cites more than 2500 incidents of harassment traced directly to campaign rhetoric. “Who thinks tech makes learning more fun” seems like the silliest question to be asking right now.