US Secretary of Education Betsy DeVos appeared in front of a Senate subcommittee this week to talk about Trump’s budget proposal. “Asked About Discrimination, Betsy DeVos Said This 14 Times,” NPR reports: “Schools that receive federal funds must follow federal law.” That is, she completely hedged on whether or not schools could discriminate against LGBTQ students.

“Liberty University President Jerry Falwell Jr. said Thursday that he is still part of a higher education initiative for President Donald Trump,” Politico reports. “But he said the initiative is different from the group he had been tapped to lead in late January.”

Via The Chronicle of Higher Education: “Trump Will Push Apprenticeships, Using Accreditation and Student Aid.”

Via ProPublica: “Here Are the Financial Disclosures of 349 Officials Trump Has Installed Across the Government.”


Via Inside Higher Ed: “Education Secretary Betsy DeVos has appointed Adam Kissel, formerly of the Koch Foundation and the Foundation for Individual Rights in Education, deputy assistant secretary for higher education programs.” More via The Chronicle of Higher Education.

“After nearly seven years on the job, New Mexico Education Secretary Hanna Skandera is stepping down,” The Albuquerque Journal reports.

Via Pacific Standard: “What L.A.’s Mumps Outbreak Tells Us About Our Vaccine Policies.”

Via Inside Higher Ed: “The Canadian province of Ontario will invest about $740,000 (one million Canadian dollars) toward developing free online textbooks, the Ministry of Advanced Education and Skills Development said this week.”

“Education Aid Eludes Countries That Need It Most,” says NPR.

Via Inside Higher Ed: “The U.S. Supreme Court on Monday declined without comment to hear an appeal of a ruling that bars a technical college from drug testing all students.”

Via The Washington Post: “A Georgia sheriff ordered pat-down searches for every student at a public high school. Now they’re suing.”

Via The Chronicle of Higher Education: “Graham Spanier, 2 Other Ex-Penn State Officials Get Jail Time in Sandusky Case.”

The Business of Student Loans

Via ProPublica: “A Federal Regulator Is Probing Wells Fargo’s Mortgage Practices.” Yes, I know this is a loan for a house not for a college education. But pay attention anyway.

More on student loans (namely, people in powerful political office with connections to the student loans industry) in the politics of education section above.

Via Inside Higher Ed: “Update on Moves by ACICS-Accredited Colleges.”

Online Education and the Once and Future “MOOC”

If you can’t create revenue, raise venture capital. That seems to be Coursera’s business model. Details on the investment in the business of ed-tech section below.

Via Education Week: “Online charter school in Ohio set to graduate 2,000 students.” The Electronic Classroom of Tomorrow has been in trouble with Ohio about how it reports attendance.

Via Edsurge: “As LinkedIn’s Video Library Grows, Company Says It Has No Plans to Compete With Colleges.”

“Kids Are Quoting Trump To Bully Their Classmates And Teachers Don’t Know What To Do About It,” says Buzzfeed, winning this week with the headline “The Kids Are Alt-Right.”

Via The LA Times: “At $75,560, housing a prisoner in California now costs more than a year at Harvard.”

Via The Harvard Crimson: “Harvard Rescinds Acceptances for At Least Ten Students for Obscene Memes.”

Via The Chronicle of Higher Education: “Penn State Says It Will ‘Take Control of Greek Life’ After Student’s Death.”

Via The New York Times: “Colleges Get Proactive in Addressing Depression on Campus.”

“The Massachusetts Institute of Technology announced Wednesday that it will receive a $140 million gift from an alumnus who seeks to remain anonymous,” Inside Higher Ed reports.

Via The Chronicle of Higher Education: “180 College and University Leaders Sign Pledge on Climate Change.”

Related, via Doug Belshaw: “Some thoughts on the future of the Open Badges backpack.”

Via Inside Higher Ed: “A panel of the American Association of Collegiate Registrars and Admissions Officers has released guidance to its members on how to include disciplinary notations on transcripts of students who are seeking to transfer to other institutions.”

Via Inside Higher Ed: “White paper explores changing the accreditation system to encourage continuous improvement and open the door to ‘alternative’ education providers.” The white paper comes from Ithaka S+R.

More on accreditation issues in the politics and in the for-profit sections above.

Why did UNC cancel a class on athletic scandals, including the one at Chapel Hill?

Inside Higher Ed on “Video Games as a College Sport.”

Udemy has a new CEO: “Kevin Johnson, former CEO of EBates, a marketplace for coupons and shopping discount deals.”

Boyd Bischoff, formerly an executive at Amazon, will be the new CIO for WGU.

“​Shortly Before Raising More Funding, Civitas Laid Off 10% of Its Staff,” says Edsurge.

The Business of Job Training

Via The New York Times: “With Innovation, Colleges Fill the Skills Gap.”

Via Fortune: “Inside Odyssey: The Decline of a College Media Empire.”

Meanwhile, Oculus Rift founder and Hillary Clinton shit-poster Palmer Luckey has moved on to his next project: making surveillance technology for Donald Trump’s wall. But I’m sure the VR you’re promoting in your school is going to be lovely.

Google has launched a curriculum called “Be Internet Awesome” to encourage digital safety and citizenship. So many reasons why Google is the wrong entity to claim any sort of leadership position here, but hey.

Via Edsurge: “How U of Michigan Built Automated Essay-Scoring Software to Fill ‘Feedback Gap’ for Student Writing.”

“Textbook publishers announce new measures to curb counterfeiting of physical books, including certification seals on book covers,” Inside Higher Ed reports. Can we just say that if counterfeiting textbooks is a problem it’s because they’re too damn expensive, not because students are buying “fakes”?

“Handshake today said its career-services platform is now in use at more than 350 colleges and universities, a jump from the 160 institutions that the start-up touted earlier this year,” Inside Higher Ed reports. That’s despite privacy concerns about the company.

GeekDad reviews a “wellness tracker” to strap to your child.

GeekWire on an app called LAUGH that purports to help kids with mindfulness.

Robots and Other Ed-Tech SF

Via Techcrunch: “Sesame Workshop and IBM team up to test a new A.I.-powered teaching method.”

(Venture) Philanthropy and the Business of Ed Reform

“Gates, Zuckerberg Philanthropies Team Up on Personalized Learning,” Education Week reports. “Two of the biggest names in technology and education philanthropy are jointly funding a $12 million initiative to support new ways of tailoring classroom instruction to individual students.” The money goes to New Profit, which will in turn dispense the funds.

Venture Capital and the Business of Ed-Tech

Apptegy has raised $5.7 million in Series A funding from Five Elms Capital. The school messaging system has raised $6.8 million total.

The Tennessee Book Company, a subsidiary of the Ingram Content Group, has acquired the assets of learning and analytics platform Thrivist.

Via The New York Times: “The Teenage Life, Streamed Live and for Profit.”

“The Telltale Data That Can Identify College Students at Risk” – according to The New York Times at least.

Stanford professor claims to have discovered something called “active learning.” News at 11.

Via The Chronicle of Higher Education: “Does State Support Have ‘Weak’ Connection to Tuition? Association Begs to Differ.” Beware: think tank “research.”

The Pew Research Center is out with a report that asks “experts” about the future of the Internet of Things.

Via Inside Higher Ed: “Declines in bachelor’s degrees awarded are particularly notable for English and history, but trends at community colleges may cheer advocates for the liberal arts.”

UVA’s Daniel Willingham on “Adaptive practice, personalized learning, and what will ‘obviously’ work in education.”

The wearables market is growing, according to Campus Technology. 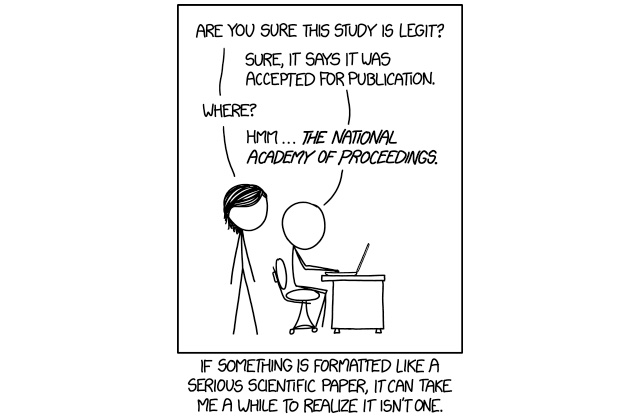