There have been several articles in the industry and investor press recently that describe the ed-tech market as “on the rebound,” with venture capitalists getting their “second wind” and finding ed-tech once again to be something worth throwing money at.

And indeed, according to my calculations too, the amount of money invested in education technology companies is up from this time last year and up from this time in 2015 as well. (And 2015 was a record-setting year for ed-tech investment.)

For what it’s worth, investment analyst firm CB Insights predicts that funding this year will not exceed that 2015 level, but one of the reasons I like to track the data myself is that everyone’s numbers and everyone’s assessment of the industry seem to be different, depending in part on “what counts” as ed-tech.


So far this year, there have been 95 investments in ed-tech companies, totaling $1.8 billion. (And yes, I do include student loan companies here. If you’re an ed-tech analyst and you insist that private student loans are something you shouldn’t or needn’t monitor, you’re not paying attention to what’s going on.) 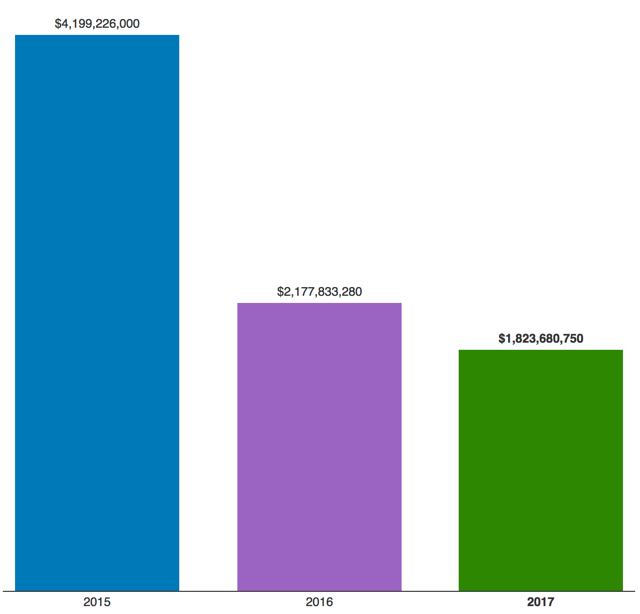 The average investment this year has been $21.2 million. (The median investment size: $4 million.)

Here’s a comparison of what funding looked like in Julys of previous years: 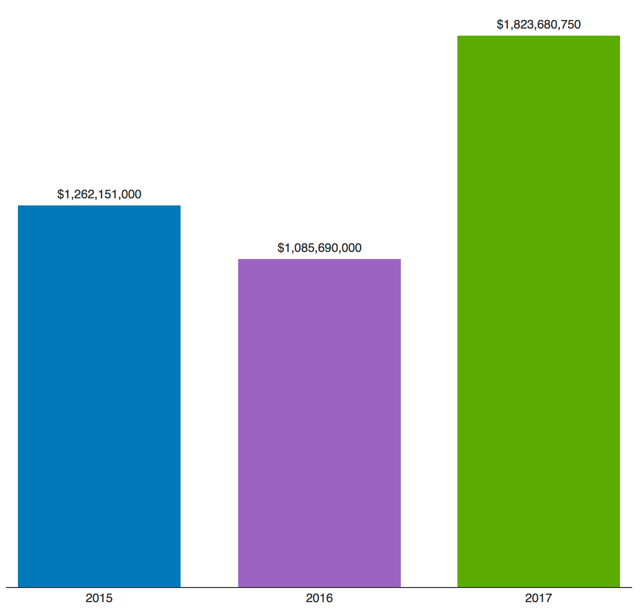 What Kind of Companies Are Raising Money?


More than half of deals so far this year have been in what some call “early stage” companies – that is, companies raising seed or their first venture capital funding. 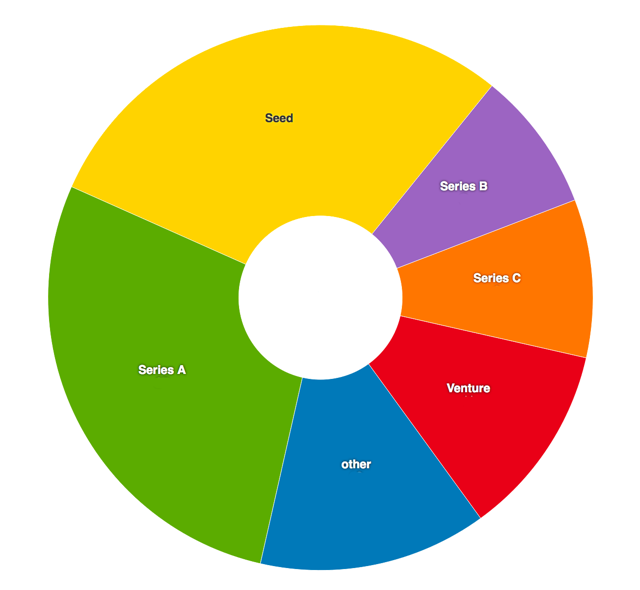 
Number of deals by country: 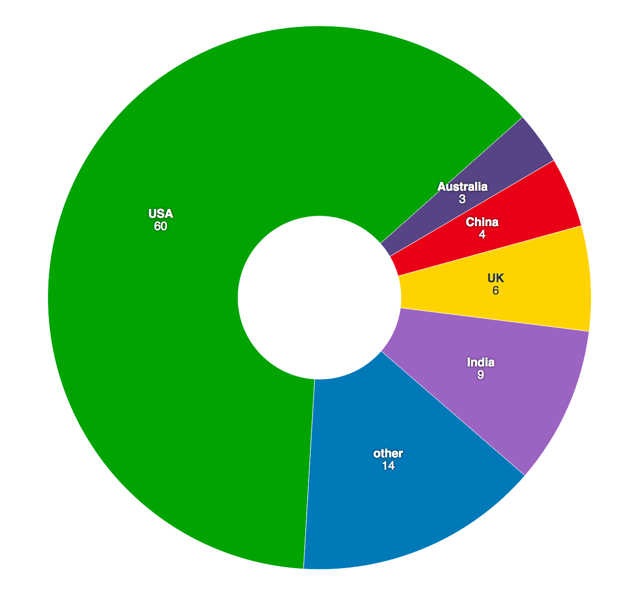 What Do These Startups Do?


Investors seem to really like “online education.” There have been 9 investments so far this year in companies that describe themselves that way – what a broad description, I realize – for a total of $320 million.

There were 4 investments in coding bootcamps, totaling $37.6 million.

The type of startup receiving the most funding: student loan companies, which have raised $540 million so far this year.

To Whom Are These Startups Selling?


Investments in companies serving the K–12 sector make up the majority of those funded so far this year. (But note: the kinds of companies that get coverage in the ed-tech and tech press – those that I’m likely to see and include in my research – are more likely to be those targeting K–12 and post-secondary education than those targeting the corporate learning market.) 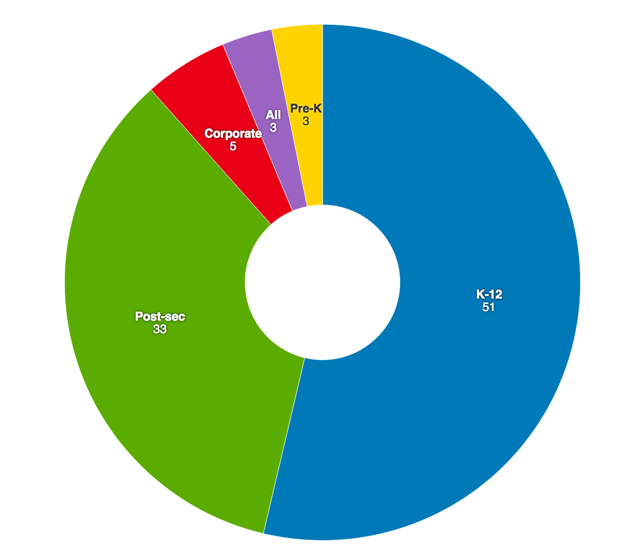 The Biggest Investments So Far This Year


The companies that have raised the most money so far this year:

The Most Well-Funded Ed-Tech Startups


These are the ed-tech “startups” that have raised the most venture capital. That is to say, these companies have not IPO’d or been acquired so even if they’re years old, they still sorta count as “startups.” (Clearly not all this funding happened this year):

The Most Active Investors of 2017


Most of the investors who’ve participated in the 95 deals so far this year have only participated in one ed-tech deal. There are just 9 firms that have made three or more investments in 2017:

Do note the overlap in their investments – the “herd mentality” of venture capitalists.


There are only a couple of outcomes once a company has raised venture capital. I mean, it has to pay its investors back, of course. So either it gets acquired, merges with another company, goes public, or goes away.

There have been 40 acquisitions so far this year. This is down from 68 this time last year and down from 64 this time in 2015. Acquisitions, that is to say, are down significantly.

Companies that were actively acquiring startups in previous years – Blackboard, Pearson, and PowerSchool for example – have not bought any startups this year. (Frontline Education, which bought five startups last year, has acquired just one so far in 2017.)

Only one education company has gone public this year: Laureate Education, which raised $490 million with its initial public offering. 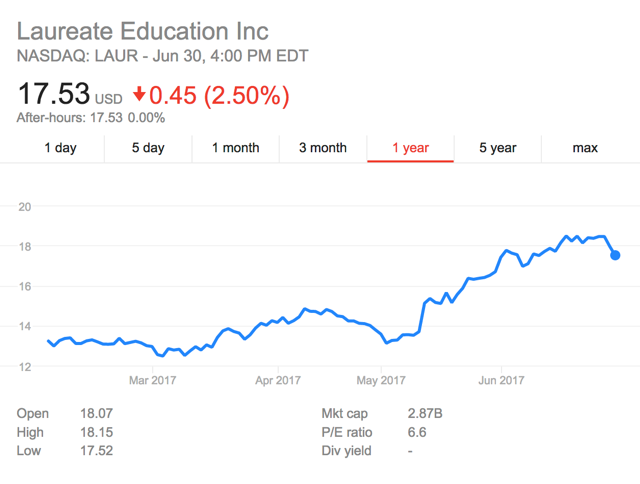 
Stating that the amount of ed-tech investment is up so far this year doesn’t really tell us much about what the ed-tech industry really looks like.

No doubt, we should ask why it’s up – why are investors re-enthused about education companies (particularly when successful exits seem to be slumping)? What role do federal and state education politics play in ed-tech investment? (Private student loans. Coding bootcamps. Betsy DeVos. Donald Trump. For-profit universities. Voucher programs. Online charter schools. And so on…)

Find an error in my calculations? Feel free to file an issue on – or better yet, contribute to – the GitHub repository that powers this analysis.