Nielsen has a new report out that examines mobile phone adoption among youth around the world. The report finds that across all countries surveyed, youth themselves are the ones who are picking out their devices. Price is usually the deciding factor in a mobile phone purchase, except in Russia where style is mort important. 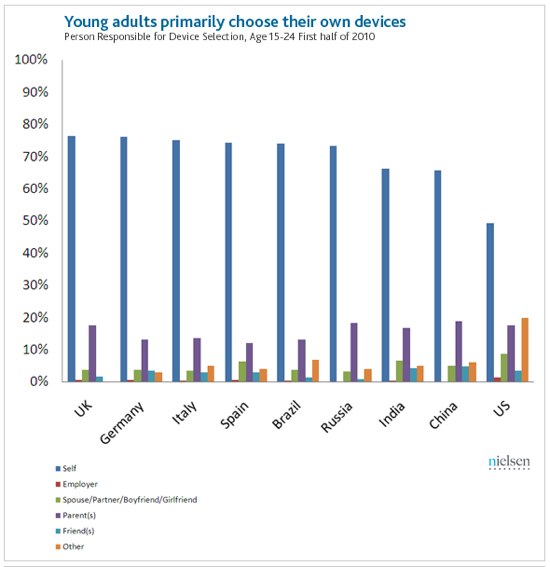 According to the findings, Italy has the highest penetration rate for smartphones among 15-24 year olds. 47% of this age group in Italy owns smartphones, compared with the European average of 28% (the same percentage as smartphone penetration in the U.S.).