How Fast Is Your School's Internet? FCC Offers a Mapping Tool To Show You

The U.S. Department of Commerce's National Telecommunications and Information Administration (NTIA) and the FCC launched Broadbandmap.gov, the National Broadband Map.

The map is a searchable website with over 25 million records, allowing users to view the availability and speed of broadband across the country -- something that according to the Pew Internet and American Life Project is on the rise but still something that only about 65% of Americans have.

The Obama Administration has highlighted the importance of broadband access to economic growth with its National Broadband Plan. But broadband is also a key piece of our education infrastructure. A recent FCC survey among schools and libraries found that 80% of institutions did not have broadband connections that met their needs. 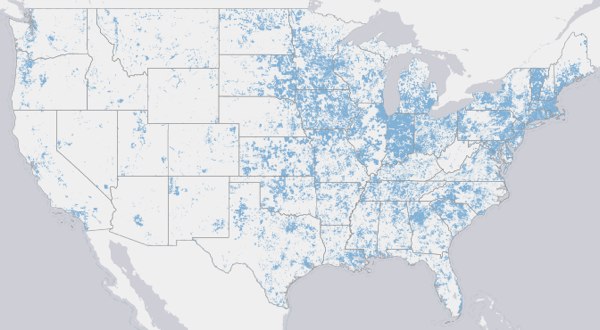 The data in the new National Broadband Map is crowdsourced, and you can give feedback about the data (or lack of data) provided. (One note: the data, so far, only lists the advertised broadband speed from local providers, not the actual speed as shown via testing.) The data here will probably help provide the roadmap for the government as it moves to divert funding from supporting telephone infrastructure to supporting broadband implementation.

How does your school or library stack up?