Mr. Callahan: The Best Teacher I Ever Had 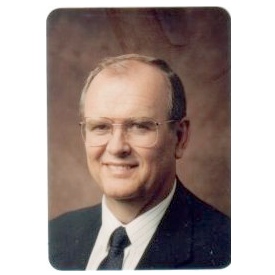 It's a question I get a lot as an education writer: who's the best teacher you ever had? I suppose I should be more politic, say they were all pretty good, say I have no favorites. But I do: Mr. Callahan was the best.

Much more difficult is the task of explaining what exactly made that so. Andhe stakes for making such a claim seem rather high right now too, as many of the prevailing education reform narratives involve teacher assessment -- the identification and rewarding of great teachers and concomitantly, the elimination of the bad ones.

Many of these reform efforts tie teacher assessment to student assessment. And that's where I balk. There are no standardized tests by which you can assess Mr. Callahan's impact on me or on any of the thousands of junior high school students who took his Latin classes. It was Latin, after all, not a subject currently tracked as part of the litany of government-mandated examinations.

I did get an As in Mr. Callahan's Latin classes, don't get me wrong. But I'm not sure you can make too much of that assessment either. I got As in everything. (Obnoxious. I know.) And getting As in Latin aren't the point. They aren't how I'd judge the class, the teacher, or myself as a student.

I can still rattle off Latin verb conjugations, and with a little brushing up, I imagine I could decline nouns quite handily too. I don't know how much we want to make of 25 some-odd years of Latin retention, but it counts for something I'd wager. More importantly, perhaps, the solid foundation Mr. Callahan gave me in Latin helped me more easily learn French, Italian, and Russian. But that's not on "the test" either, is it.

Then again, the rules of grammar (English grammar, that is) probably are on some test, somewhere. So thank you, Mr. Callahan, for the lessons in the nominative, accusative, dative, and genitive cases. And a little Latin knowledge does wonders for your vocabulary as well. That's bound to come in handy on multiple choice tests too, I guess. So again, Mr. C, thanks.

But that's still not what made him the best. That's the sort of measurement that's become a problem for our education system.

Understanding language's infrastructure is important (I'm a writer, so what do you expect me to say), but Mr. Callahan's Latin class involved much more than teaching these fundamentals. He taught us about Roman history and culture -- all in a way that was compelling, interactive, and memorable. "Salvete!" his booming voice would begin class. "Salve!" we would stand and answer in unison.

He was a large man -- tall, balding, and round. So when he would lead the class on field trips, particularly the times when all of us dressed in our Roman togas and stollas (everyone was required to make one), I have no doubt we made quite a sight. This was Casper, Wyoming, I should add -- not exactly a place where you would expect to find a classroom re-enacting Saturnalian rituals. But we did. I can still recite the chants.

It feels incredibly corny to say "he made a dead language come alive." And yes, that's part of what made him such a gifted teacher. But that's not quite the crux of it. At such a crucial age in a teenager's development -- 8th and 9th grade -- I'd say that Mr. Callahan's Latin class made a lot of us come alive.

There's a memorial page on Facebook dedicated to Mr. Callahan, who died of leukemia in 1998. The comments of former students echo mine here: "Mr. Callahan was the best teacher I ever had." "Of all the teachers I encountered during my public education, none had the impact upon me that Mr. Callahan had." "Hands down, the best teacher I ever had...at any level. All at once he was demanding, inspiring, funny, courageous, compassionate, intelligent, witty, silly, and human." "He made class interesting and fun. He inspired us to dream."

That last sentence speaks volumes, I think. Mr. Callahan encouraged -- demanded, even -- his students embrace learning, find and hone our minds and our skills. Dream.

For me, this involved writing. I wrote two plays that our Latin Club performed for the school. He urged me to submit a collection of poetry to the State Young Authors Contest. He wasn't my English teacher, and now that I think of it, I wonder if he even got the "official" credit when I won. A poet and a playwright. Those are wild dreams for a ninth grader from Wyoming. As a writer today, I am living those dreams, thanks to his support all those years ago.

I have a lot of great memories about Latin class, funny since I tend otherwise to shudder about junior high being so awful. But here's one that perhaps crystallizes why I remember him so fondly. Some background first: my ninth grade year was rough. Things really sucked at home. It was 1986 -- the height of the Reagan era, (yet another) bust in the oil industry, a weakened Wyoming economy. My family's business -- a local grocery store -- closed its doors. My dad laid on the sofa and drank. Our dog died. My great-grandma died. I came to class one day to find a handwritten note from Mr. Callahan on my desk. It was a card offering his condolences; even more, it was one recognizing that I was struggling and offering his support and encouragement as I moved forward.

A gesture like that is impossible to quantify if you're assessing a teacher solely based on students' performance, test scores, and grades. And while I don't know how you'd tie something like that card to graduation rates or future personal or career successes, it may be precisely the sort thing that matters deeply and precisely the sort of thing that makes a teacher great. Gratias, Mr. Callahan.