Visualizing the iPad 2 in Education

I'm a big fan of word clouds. I think that the visualization can help highlight patterns that you wouldn't ordinarily recognize. As such, I've been excited to play around with my friend Pete Warden's new tool Wordlings. I was inspired, in part, by the data mining he did of Apple, Microsoft and Google press releases, and I thought I'd turn that same scrutiny to some of the recent stories about the iPad and education.

I was hoping to see some sort of pattern that would highlight the things that make the iPad such an appealing device for students and teachers. "Mobility," for example, in big, bold letters. "Interactivity." "E-books." "Apps." "Learning." But nothing like that really stands out from what is, I admit, hardly an exhaustive review of every story written about the iPad 2 since it's release at the beginning of the month.

What does appear clear based on the word clouds I generated: the strong Apple branding. And perhaps that's the takeaway here. We're clamoring for the iPad in the classroom not because it's really such an amazing tablet that meets our educational needs but because it's, well, an iPad. 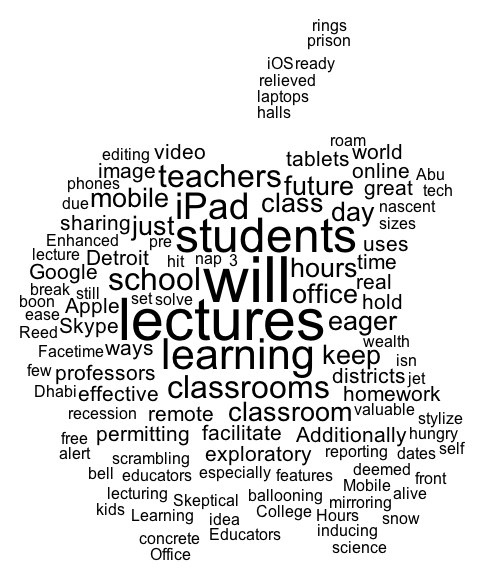 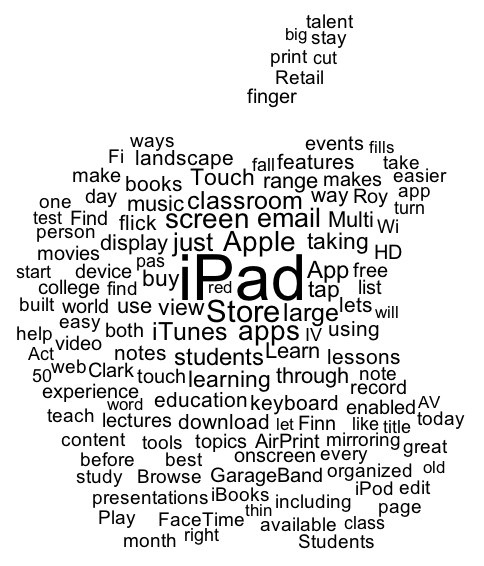 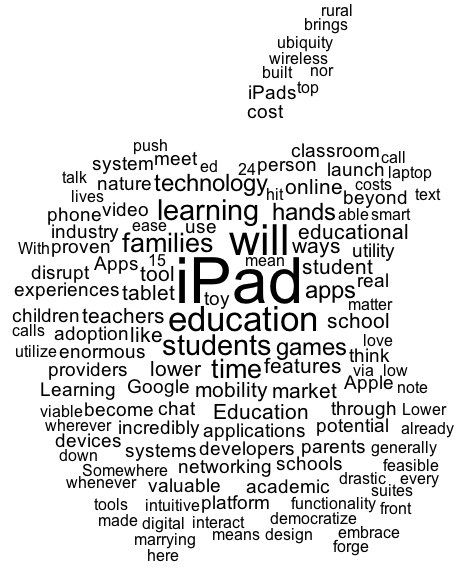 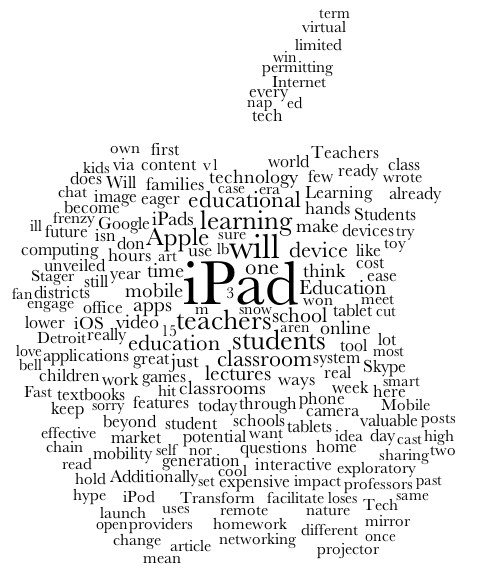 Sources: How the iPad 2 Will Revolutionize Education, Fast Company; iPad 2 Could Level Playing Field for Learning, Huffington Post; Apple in Education; Will the iPad 2 Make the Grade for Classroom Usage?, ReadWriteWeb