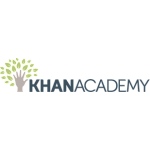 Late last year, Khan Academy announced that it would be expanding its faculty beyond just Sal himself.  The first hires, back in October, were SmartHistory's Dr. Beth Harris and Dr. Steven Zucker. Today, Khan Academy adds another member to its team: mathematician and "mathemusician" Vi Hart.

Hart's math videos are incredibly popular on YouTube, and in them she doodles her way through explanations and lessons about various topics.  Many of these are called "Doodling in math class," which tap into the common notion that math class is boring.  Hart's videos stand as a strong counter-argument (perhaps not to math class being boring) to the idea that math is boring.  Her videos come in a format that's fun and engaging and informative, a rare trio when it comes to educational video materials (sadly).  Her latest video on Fibonacci (posted December 21) has already received over 200,000 views.

Hart says that the new position at Khan Academy won't change her work much:  "Previously I lived off of speaking fees, ad money, and donations. Now I get to spend less time in airports and more time making videos, plus videos are now ad-free! I also have more resources and am surrounded by awesome people doing awesome things, so basically this is good for everyone."

You can ask the two of them questions about their plans for collaboration and upcoming lessons via a Google Moderator thread.  As some of the questions already posted there indicate, people are curious to see how well the partnership will work and how well Hart will be able to teach them the concepts that she so effortlessly outlines in her work.