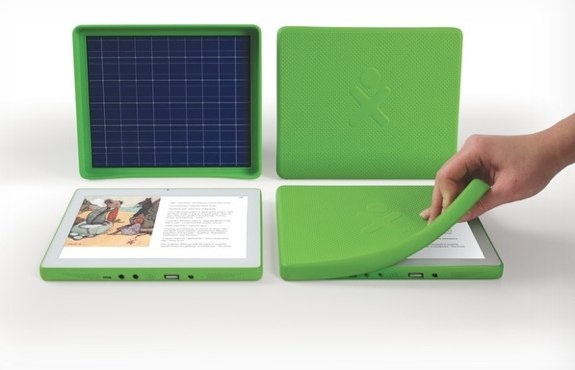 At the flashy Las Vegas gathering this week, the Consumer Electronics Show, there will likely be a lot of tablets unveiled, but none are as eagerly anticipated as the OLPC XO 3.0, a tablet version of the famously inexpensive and rugged laptop from One Laptop Per Child founder Nicholas Negroponte.

The tablet release comes after bruising criticism of the highly anticipated laptop several years ago, which some in the industry called a failure. One of the main criticisms was the laptop’s lack of mobility: “Cell phones are far more popular as the means to connect to the net in much of the Third World and cell-phone type devices rather than cute little laptops might have made much more sense,” writes BusinessWeek’s Bruce Nussbaum.

You can read the rest of my story over on MindShift...