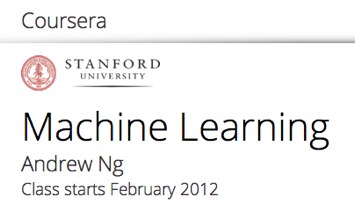 Last week, news broke that Professor Sebastian Thrun would be stepping down from teaching at Stanford to launch an online learning company called Udacity. Udacity is an outgrowth of his incredibly popular Artificial Intelligence class offered through Stanford last fall.

Now it appears that two other Stanford professors Daphne Koller and Andrew Ng (Ng taught last term's massive Machine Learning class) have started their own company, Coursera, one that offers a very similar service as Thrun's.

According to the startup's jobs page, the two are "following up on the success of these courses to scale up online education efforts to provide a high quality education to the world. Out platform delivers complete courses where students are not only watching web-based lectures, but also actively participating, doing exercises, and deeply learning the material."

Much of the vision of Coursera echoes what Thrun said on stage at the DML conference when he unveiled his plans for Udacity: for too long, access to a world-class education has been available to only a select few. "We see a future where world-leading educators are at the center of the education conversation," says Coursera, "and their reach is limitless, bounded only by the curiosity of those who seek their knowledge; where universities such as Stanford, Harvard, and Yale serve millions instead of thousands. In this future, ours will be the platform where the online conversation between educators and students will take place, and where students go to for most of their academic needs."

But rather than leaving the university and the professoriate entirely, it appears as though Koller and Ng are working with universities to extend their reach online. Coursera will be the platform that runs many of the upcoming online classes from Stanford (including CS 101 and Cryptography). It also appears as though the platform will be used by UC Berkeley for its Software Engineerring for SaaS course.

That Ng and Koller are launching a company to help foster these massive online education efforts while remaining at Stanford certainly adds an interesting twist to Thrun's statement that "I can't teach at Stanford again." Thrun's company has taken investment from Charles Rivers Ventures (as well as using some $200,000 of his own money), while it's unclear what, if any, financial stake Stanford has in Coursera.

It's hard to say what happened behind the scenes at Stanford (I've requested comment from Koller about her plans for the startup as well as for her intentions to stay at Stanford, but haven't heard back). Felix Salmon, who broke Thrun's news last week, has a follow-up interview with Thrun today that sheds a bit more light on these back room machinations, with Salmon noting that Stanford was "none-too-enthusiastic" about the prospect of these massive online courses particularly when it came to the whole question of credentialing for successful completion.

And yet Stanford seems to be supportive of the Coursera efforts.

As such it will be very interesting to watch these two competing platforms developed to help administer massive online courses. Based on reviews from the students who took both Thrun's AI class and Ng's Machine Learning class last term, the latter seemed to win higher marks. But was it the platform? Or the professor? Or both?

And despite what appears to be an incredibly disruptive moment for higher ed, what role will Stanford (and other universities) play in unleashing and/or reigning in the power of the massive online course?