The LMS Instructure Makes Its Move into the K-12 Market 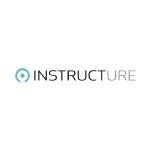 The learning management system upstart Instructure is unveiling Canvas K-12 today, a version of its platform aimed — as the name suggests — for the K-12 level. The company says that it’s already had over a dozen school districts adopt Canvas, even before this roll-out of a specially designed LMS.

Traditionally the LMS has been something implemented primarily by colleges and universities, but as more and more K-12 schools move to online learning and digital curriculum, there’s a growing demand at that level. It’s a hot market, and according to research published in December 2011 by Simba Information, “the LMS segment is expected to grow at a compound annual rate of 7.3%, reaching $377 million by the 2014-2015 school year.”

As such, it’s hardly surprising to see some of the big education companies make their move to offer schools these services. The acquisition of Edline by Blackboard last fall made it clear that the learning management giant was serious about its push into that market.

But as the Simba research suggests, it’s a market that’s still up for grabs. While Blackboard still holds a little over half of the higher ed LMS market, Blackboard, Pearson and Moodle altogether share only about 30% of the K-12 market.

That provides an interesting opportunity for Instructure, which officially launched its cloud-based LMS this time last year.

Read the rest of the story on e-Literate