On February 1, the FCC and the Department of Education unveiled a "Digital Textbook Playbook" (PDF), a guide to help K-12 schools makes the transition from printed textbooks to digital ones. According to FCC Chairman Julius Genachowski, the goal is to get all students in the U.S. using digital textbooks in the next five years.

In both the chairman's and in Arne Duncan's remarks, as well as in numerous write-ups of the initiative, it's the weight of the printed textbook that is given as one of the top reasons why we simply must make the switch.

An argument for digital over printed content shouldn't just be that we're going to take those heavy print-bound tomes, scan them, and convert them to the beautiful weightlessness of bits and bytes. That seems like a gross failure of imagination to rethink what digital content (hell, let alone digital learning) can be. Truth be told, it feels like reprise of the decades-old promise of electronic publishing (which isn't that surprising if you look at who helped the two government agencies write the playbook or if you see who the tech press has crowned as "the winner" of this announcement.  Hint:  it's not students). 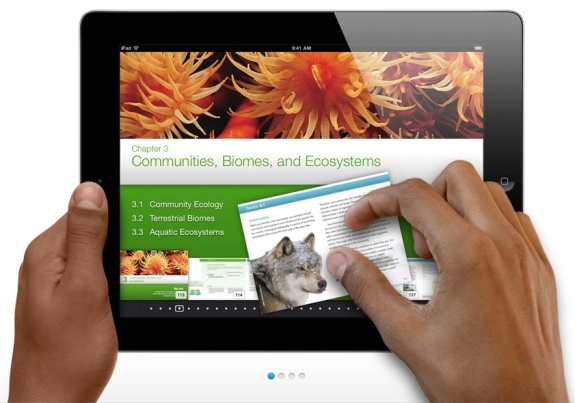 Why I hate the PDF

Speaking of a decades-old promise of electronic publishing, let me pick on a file format that I abhor: the PDF. The Portable Document Format is almost 20 years old now. Once Adobe's proprietary format, it's become a de facto standard for distributing electronic documents, in part because it nicely "fixes" things onto the digital page as they were meant to be seen on the printed one. In other words, the PDF is a file that contains all the text, fonts and graphics necessary to render digitally what appears on a piece of printed paper.

My problems with the PDF are severalfold, including the file size (often larger than HTML or plain text) as well as the high cost of buying the Adobe software that was once necessary to create one. (The Reader has always been free.) The PDF is also incredibly frustrating as it's a digital document version of Hotel California: once you check in, you can never check out. While you can save a file as a PDF to make it supposedly "portable," it's very difficult to get data or a document back out of that format. PDFs. It's where data goes to die.

So the fact that the FCC and Department of Education offer their advice to K-12 schools in the form of a 67-page PDF strikes a bad chord with me. (Not to mention they're using a ton of stock photos of kids, computers, and ethernet cables and a spiral-notebook-looking design template that seems so very 1997.)

It might seem that I'm confusing form (and file format) with content here, although I'd argue that you can never separate the two. See, it does matter what kind of document the government distributes -- whether it's a PDF or PowerPoint or Google Doc or YouTube lecture or an interactive visualization or an XML data dump. If you think about those 6 different digital formats right there, you can see that how they're written, how they are read, and how they're delivered all shape (and reshape and restrict) what they contain.

It's worth pointing out that of the 67 pages in the Digital Textbook Playbook, very little actually deals with textbooks themselves -- other than digital ones will be lightweight, of course. Oh, and they won't simply be "static." (It's easier to revise a digital file than it is to reprint a book, so the argument goes). But as the crux of the government's argument about why schools should "go digital," there's little attention to the form (in either analog or digital format) of the textbook itself. That's not too surprising, I suppose.

The textbook is a literary form that shapes and is shaped by pedagogy, by economics and by the history of how and what we teach. And it's a terrible form at that. It's one that standardizes, not personalizes learning. It's one that closes rather than opens inquiry. It's offers digests of primary resources, complete with diagrams and end-of-chaper quiz questions and spelling words. It's one that assumes a teacher at the head of every classroom, moving students en masse through the lessons.

With a World Wide Web of resources, why must we adopt digital textbooks at all? Why not ditch them altogether? Much like Adobe has convinced us to think that the PDF is somehow a necessary and convenient way to distribute documents electronically, I fear that the textbook publishing industry is trying to convince us that their format is similarly "the standard" for teaching and learning. It's not.

Don't get me wrong: I think the work the FCC is doing to push for more broadband access at home and at school is crucial. There is an infrastructure problem here that needs to be addressed. But if we're making an argument that we need to get buildings and kids and devices "wired" so we can deliver them "digital textbooks," all that technology is just going to put a silicon shine on rather a dull notion. Remember: the PDF was designed to render digitally the fixity of the printed page. "Digital learning" shouldn't mean doing the same with the fixity of schooling.