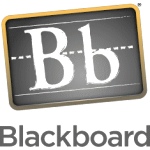 Blackboard has just announced its acquisition of Moodlerooms and Netspot, two companies that help provide support and deployment services for schools that use the open-source LMS Moodle.

"Wait. What?" is an acceptable, albeit mild response.

This is, after all, the LMS giant -- one that once claimed the patent on e-learning technology and sued other companies who provided competing software. Blackboard now says it is embracing open source -- "Ours is no mere dalliance with open source, but a very committed plunge into the pool," says the company's Ray Henderson. To that end, Blackboard has also announced it's creating an Open Source Services Group that will help institutions manage their open source LMSes, including Moodle and Sakai.

The Moodlerooms and Netspot acquisitions will give Blackboard a team that's familiar with deploying the former. To boost its expertise with the latter, it's also brought on board "Dr. Chuck" to help lead the Sakai-related initiatives. In the string of press releases from Blackboard today, honestly, I think this one stings the most.

Charles Severance (aka "Dr. Chuck") is one of the founding members of the Sakai community. He's been a long time advocate for open source and interoperability, helping create the Common Cartridge "standard" that make it easier for schools to move from one LMS to another. Severance is also the author of the book Sakai: Free as in Freedom. I don't mean to go all Richard Stallman here, but that's not the F-word that comes to mind with the Blackboard news today.

F as in failure, fiasco, flop, for starters. (Why, were you thinking another F-word?!) As George Siemens notes, it's hard not to see this new initiative -- one where Blackboard says it's no longer interested in just its own product, but in support for everyone's product -- as a major surrender: "It leaves the impression that Bb doesn’t have the confidence to compete on their own product." Siemens wonders what the economic model is for the acquisition of Moodlerooms and Netstop. Indeed, it seems as though Blackboard is arguing out of both sides of its mouth: the LMS doesn't matter and the LMS is a commodity that you can trust Blackboard to maintain.

To misquote Henry Ford, "Blackboard customers can have any LMS they want. As long as it's black." Just sign the contract. Please, sign the contract. (And then in turn, schools can mandate 100% LMS adoption and usage, following the lead of Moodle-using Lasell College. And therein lies the new business model: the data from all these transactions.)

Even with the acquisition of Dr. Chuck and some open-source LMS service providers, it's hard to not be incredibly skeptical about Blackboard's intentions here. Granted, in the last few months, the company has launched a number of initiatives that it claims make it more "open." And it's not the only education corporation that's making these sorts of gestures or adding the adjective "open" to its offerings, of course. There's Pearson's "Open Class," too.

I think there are any number of reasons why we should be deeply suspicious of this "open-washing." Why now? Why does Blackboard suddenly care to make this move? Is its share of the LMS market in that much danger?  And where is the open source community in this?  How will it respond -- I don't just mean in terms of angry pitchfork-wielding hackers.  I mean in terms of willingness to keep contributing code?  As Blackboard's Henderson writes, "Longtime participants in the open and community source communities may be concerned about our corporate intentions, and how we’ll conduct ourselves given that we are governed by an interest in business growth." That's particularly the case with Moodle, which as Blackboard notes in its press release the former Moodlerooms and Netspot staff will "continue providing Moodle services, participating in the community, and contributing financially to Moodle exactly as they always have." Is this how you kill an open source project?  By driving away the community?

Community: Not For Sale

It's the question of community here that I'd like to stress. Because while we can pay attention and give respect to the open source code or the openly-licensed educational materials, these objects do not exist in a vacuum. At their best, they are part of a rich community of contributors who create and share in order to move projects, ideas, and in turn, communities forward. "Community" is different -- very very different -- than "market," and it's "market" that time and time again that Blackboard refers to with its open source pronouncements.

But you can't acquire community. And you can't just slap the adjective "open" onto your services and pretend as though vibrant contributions will follow.

You can sure try, though.