4see: A Game that Teaches Teens Team-Building (Now on Kickstarter) 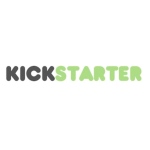 I'm a big fan of Kickstarter, as I love how crowdfunding platform brings fundraising for all manner of creative projects to the general public. It's the community at large that supports these endeavors -- books, films, hardware, art, what have you -- not just investors or philanthropists or banks or charities. You don't have to give a lot to the projects to offer your patronage -- as little or as much as you want -- and the payment is only processed if the project reaches its funding goal within a set timeframe.

Nathan Maton says he's a believer in crowdfunding too. Good thing, as he's a little over halfway through the month he has to raise money for his new Kickstarter project, 4see. 4See is a video game to help teach teens team-building skills. The hope in turn is that better collaboration skills will help make youth activism, organizations, and projects more successful.

In addition to raising money, Maton says that Kickstarter is providing he and fellow 4see team member, game designer Ala' Diab with an opportunity to involve some of the diverse communities that they hope will use the game. "We are trying to reach a population undertaking civic projects that doesn't aggregate itself in one place," Maton says. "Teachers haven't been able to tell us where active civic projects run by youth take place, neither have non-profits (with a few exceptions) so we know we needed some way to reach them and their families directly."

A successful Kickstarter will not just fund 4see but will hopefully help get the word out to the right people in the (DC) community that development of the game is underway.

The game will have both a single-player and a multi-player mode. In the former, the focus is on two key components of working well as a team: 1) having diverse team members and 2) finding a common purpose. Maton describes the game play:

The multiplayer mode will put people into simulations where they'll have to work together to solve a problem. In additions to the lessons from the single player mode, gamers will learn about the importance of creating clear boundaries, creating clear team rules, and creating explicit norms.

4see has a pencil-and-paper version of the game sketched out already, and with successful funding, he says the game will be built in Unity, meaning it will work on mobile devices as well as on PCs.

In some ways, Maton says, video games are already changing how teens work in teams -- within video games, at least. The trick is to help transfer that knowledge outside of the game world, supporting collaborative, social spaces offline as well as online and helping youth become more successful in their community activism.