The Promise of "Personalized Learning" 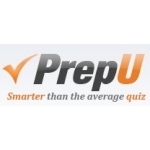 When the educational publishing giant Pearson and the adaptive learning startup Knewton announced their partnership late last year, it was heralded as a watershed moment for the longstanding promise of computer-based "personalized learning." But Pearson is hardly the only textbook publisher interested in making its content adaptive, and Knewton hardly the only company with algorithms that promise to do just that.

To that end, another adaptive learning company with ties to an education publisher is unveiling its latest product launch today. PrepU, a portfolio company of Macmillan New Ventures, is launching an adaptive learning environment for students prepping for AP exams.

PrepU has been around since 2005, but focused primarily on the higher ed market (that's where Pearson and Knewton are focused too). PrepU will have plenty of competition in the AP test prep market. Another social learning startup, Grockit also offers AP Calculus and History classes. But by and large, much of the test prep for AP course, even when offered online or with the promise of adaptive technologies, is little more than a series of practice questions or extra tutoring.

PrepU believes it's developed something far more sophisticated, based in no small part in the massive amount of data that it's been able from users testing the system. Some 44 million quiz questions have already been answered on its new "adaptive quizzing platform," and all that data is used to calibrate the materials, so that the right level question can be given to the user. As the user gets more questions right, the level of difficulty increases.

PrepU will launch its AP test prep system for in US History, Chemistry, and Psychology. Each subject area boasts some 3500 questions in its bank, compared to the 50 or so you'll find in a traditional paper-and-pencil practice exam. Writing those questions and calibrating them is "non-trivial," says PrepU, but it plans to expand the number of subjects it offers next year.

Currently, the product is focused on students (and their parents), but the company plans to roll out a product that schools can buy by the fall. In both cases, the product will let students see how well their score stacks up against others, and in case of the school version, teachers will also be able to gauge where the class as a whole is struggling and/or has misconceptions. But in the end, it's all about "content mastery."

"We think this is where education's going," Macmillan New Ventures' Troy Williams told me. "It'll be more of a competency-based education system, rather than a completion-based system."

Does Education's Future Look Like an (Adaptive) AP Exam?

While AP courses are generally seen as more rigorous and, well, "advanced," and while high scores are supposed to translate into college credit, there have been lots of questions lately about the AP system, particularly as it falls into larger trends of standardized testing and the college admissions "arms race." Physics teacher John Burk (@occam98) has been particularly critical of the ways in which the AP exam shapes curricular and student expectations. (See his series from late last year: Part 1, Part 2, Part 3). Burk also says that some college professors have actually found a negative correlation between performance in the AP and performance in college level courses.

Can an adaptive learning platform address something like that? I'm not sure. After all, part of the problem that Burk and others point to are the ways in which cramming "the facts" for the AP exam becomes an all-consuming effort for many students (just as, I suppose, teaching those same facts becomes the focus for many AP teachers). Do we want to hand that task off to a computer program? Maybe, I guess, if it would free up class time for more problem-solving, deeper thinking, more conceptualization, more hands-on experimentation. But I'm not sure one necessarily begets the other. I'm not sure a better "adaptive quizzing" system does anything other than further our multiple choice fetish.

And this is where I always stumble when it comes to adaptive platforms. While the promise of personalized learning to students is incredibly compelling and the data science behind these systems fascinating, I'm fairly skeptical that the optimal learning environment comes from taking a bank of questions and creating an algorithm so that students can work through that content. That necessarily means we're interested in the (fixed) knowing and not on the (open) learning.

(Thankfully -- and I do say this as a professional writer, of course -- there's no adaptive technology for the essay section of the AP test.  Yet.)