Why Is Mathalicious Raising Money on Kickstarter? 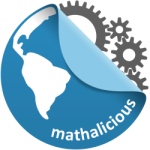 Why is Mathalicious raising money on Kickstarter?

When I pose that question, I do so as a fan of both startups. Let me state that right up front, dear reader: I love the idea of crowdfunding of creative projects through Kickstarter. I support as many learning-focused projects as I can. (Although my contributions are really small, I like to chip in.) And I love the real-world math lessons provided Mathalicious. (See my previous coverage of the company.) I have backed its Math52 Kickstarter project.

Mathalicious is currently raising $164,000 to create a series of math videos – 52 in all as the project name suggests. That’s one math video a week, along with a teacher’s guide on how the videos can be incorporated into lessons. The videos will follow the approach of the rest of Mathalicious mission: show students how math helps you understand the world around you. I don’t mean “two trains leave the station” kind of story problems either. I mean problems that are interesting and relevant to students and that teach basic math concepts (Common Core State Standards-aligned) as well as broader problem solving and critical thinking skills. A sample lesson on probability: Does “Bankrupt” come up more often than it should on Wheel of Fortune? Is the show rigged?

$164,000 is sizable goal for a Kickstarter project; the average project seeks under $10,000. But there have been some fairly incredible success stories with Kickstarter as of late. Musician Amanda Palmer raised her goal of $100,000 for her latest record and tour in just 6 hours (she’s now raised over $600,000 with 21 days still to go). 5 projects so far this year have raised over $1 million, and when its campaign ends on May 18, the Pebble E-Paper Watch will have set the new Kickstarter record, with over $10 million raised. The original ask: $100,000.

With 37 days left to go, the Math52 project has raised $20,000. Based on the pledges per day, will Mathalicious make its goal? There’s a math lesson there, for sure, about rates and ratios. But there are other problems and other lessons that question should prompt us to consider too. 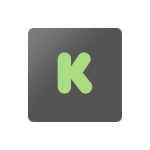 Namely, why Kickstarter? Why turn to crowdsourcing for funding? Why would a startup use Kickstarter when there’s so much investor interest in the education sector right now? Why not raise a seed round of funding?

Well, it could be that, much like Amanda Palmer’s decision to make music without a major record label contract and to fund her next album through her fans. Kickstarter offers creatives the ability to finance their projects outside traditional funding mechanisms and outside control of investment capital. Those who pledge to fund a Kickstarter project don’t own a stake in the company, as investors do.

But it also could be, in the case of Mathalicious in particular, that the project just isn’t something that VCs want to fund. Sure, learning management systems, education platforms, educational mobile games, education social networks, education analytics are all “hot,” and there’s a lot of capital flowing in to the ed-tech industry. But you don’t see the same sort of clamoring over teacher PD. There are marketplaces where teachers can sell their lessons (Better Lesson raised $1.6 million in a Series A round last fall, for example), but there aren’t many venture-backed companies that truly help teachers teach better lessons.

It probably doesn’t help Mathalicious’s case much either that Khan Academy has so much mindshare in Silicon Valley and in edu-investor circles when it comes to math video content. Khan Academy is free. Mathalicious is not (it instituted a “pay what you want” subscription model at the beginning of the year). Mathalicious also boasts a sharp founder, Karim Ani, whose a sharp tongue and fiery critique earlier this year of Khan Academy and Silicon Valley’s “secular faith that technology is the solution to everything” probably won him no friends in investor circles.

But that’s okay. That’s why there’s Kickstarter, right? The projects that can’t attract VCs (for any number of reasons) can turn to the community for support.

Education as a Public Good – Folks, That’s Your Kickstarter Reward

Their support accompanies rave reviews for Mathalicious from teachers and students, and in a video update posted to the Kickstarter campaign site today, teachers speak up about why they’d like to see the Math52 project funded.

But why support Math52 if you’re not a teacher, asks founder Karim Ani in the video above.  I mean, if you back the Pebble Watch campaign, you get a device you can wear on your wrist that connects via bluetooth to your iPhone or Android! (Meh) If you back Amanda Palmer's campaign, you can attend a VIP record release party with her in Berlin! (Friggin' awesome)  If you back Math52, well, the reward might not seem as exciting I guess (it's just better math education, smarter kids, a better world... no big thing).

Certainly the campaign has failed thus far to "go viral" the way that either Pebble Watch or Palmer's did.  And I have to wonder if it's just another indication that how we fund education (or how we fail to fund education) -- whether it's with crowdfunding or with venture capital or with property taxes or with philanthropic donations -- is so very deeply flawed.  Our funding follows our values, after all.