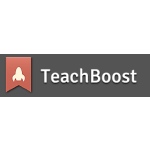 One of the cornerstones of the Obama Administration’s Race to the Top (RTTT) initiative has been the demand that states improve “teacher effectiveness.” In theory at least it’s hard to argue with such a thing – after all, great teachers have a lasting positive impact on their students, a major study by Harvard and Columbia professors released earlier this year contended. But in practice, it’s not so easy to say what makes a teacher “great” or what you mean by “effective.” For its part though, RTTT wants to measure this through more rigorous teacher evaluation systems, ones that are based in large part on students’ standardized test data, as well as on classroom observation.

I’ve written in detail and with great skepticism about the first part of that measurement – the emphasis on standardized test scores as the abiter of “what works” and “what matters” in the classroom. There’s no agreement that we can really ascertain a teacher’s effectiveness (or “value add”) based on this data. Great teaching is so much more complex than that.

But that complexity isn’t always apparent through classroom observation either, and that’s been one of the few other measurements we have about teacher performance.

This is all one terribly long-winded introduction – and perhaps even a caveat – to situate a new startup called TeachBoost that’s stepping right into the middle of the teacher evaluation maelstrom with its “performance management platform.” That’s a pretty bold step to take for a startup, I think, even if the RTTT rules might indicate that the market for teacher evaluation tools could be big.

But one thing that struck me as I talked to TeachBoost CEO Jason DeRoner last week was his great humility in building this (potentially) politically-charged product and a recognition that he and his engineering-heavy team (with no classroom teaching experience among the founders) were going to have to take a lot of cues from schools about what the tool would need to do.

DeRoner also repeatedly stressed the importance of trust – trust in TeachBoost, sure, but also trust among administrators and classroom educators. This isn’t about surveillance, DeRoner insisted, but about “safe feedback” and collaboration: teachers and administrators working together to set and attain professional goals. 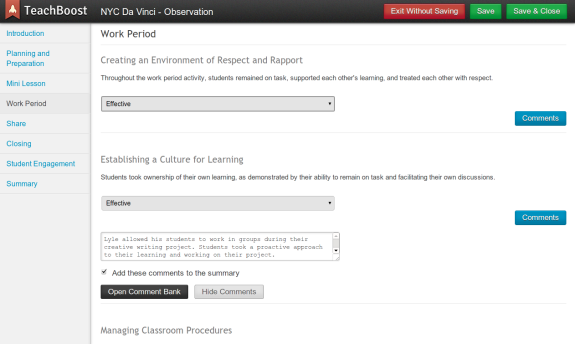 The design and workflow of TeachBoost are geared in part towards mobile usage; the idea is to make it easier for principals to take notes and make ratings during classroom visits. (It’s the old challenge of an app replacing paper.) TeachBoost offers a mobile Web app so that principals can use any sort of device – laptop or iPad, for example – to jot down what they see during walkthroughs. As a Web app, the information is secure in the cloud and accessible via the same interface when they’re back at their desks. 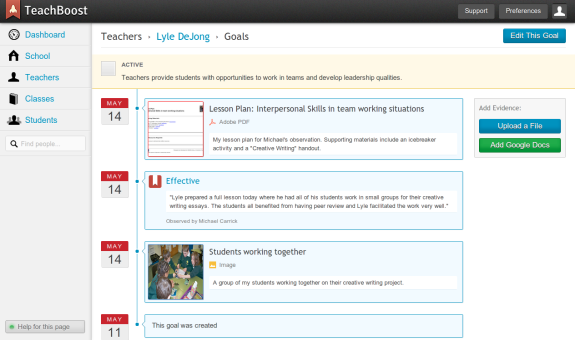 TeachBoost can be customized so that it includes evaluation rubrics that are required by the state as well as additional questions and goals that teachers and principals establish together. “We don’t want any ‘gotchas’,” says DeRoner. And teachers too are encouraged to submit their own documentation and data to their TeachBoost profiles. Again, a single classroom observation can never really capture a teacher’s effectiveness.

But observations alone should not be the end-game. In other words, even if a principal does write down notes about a teacher’s performance, then what? So what? DeRoner argues that a tool should do more than just monitor performance  and as such he describes TeachBoost as a “teacher development platform." He says the tool should help match teachers with mentors and help schools develop their own expertise and form their own learning networks based on teachers’ strengths.

TeachBoost offers free and paid accounts and is a member of the most recent ImagineK12 graduating class.