Crowdfunding the "Ungluing" of E-Books 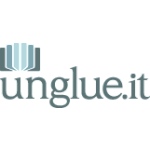 The crowdfunding of creative projects has become incredibly popular lately (and at times, incredibly lucrative), most notably this past week when the Pebble E-Paper Watch crossed the $10 million threshold and shattered the record for most money raised via the Kickstarter platform. Most successful Kickstarter projects raise far less than that, of course only 46% of projects are successful. But there seems to be substantial power in leveraging the power of “the crowd” and the community to finance a number of creative efforts – movies, video games, theater, photography, fashion, books, and as I wrote about last month, academic research.

Here’s hoping that that bodes well for a new crowdfunding site that officially launches today. Unglue.it hopes to raise money for e-books -- but not, as is the case with platforms like Kickstarter or Unbound, to have these books written. Rather, the funds will go towards paying authors or publishers for existing works, giving them a one-time licensing fee in exchange for their releasing their e-books for free, under a Creative Commons license and without DRM.

These “unglued” e-books can then be easily accessed and read and shared by anyone, with anyone, on any device. (You know, like how it works with printed books.) As such, Unglue.it is tackling one of the main drawbacks of e-reading – we are finding books locked into a proprietary format, restricted to a specific device, only available through a particular bookseller.

Read the rest of the story over on Inside Higher Ed...