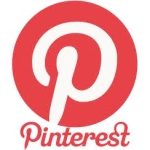 When Pinterest exploded onto the scene this year, I noticed a lot of teacher-friends following me there (confession: I never use the service but yes I have an account). I noticed too a lot of blog posts about “Top 10 Ways to Use Pinterest in the Classroom” (or in the library as the case may be). It’s not that shocking that Pinterest has been popular in some educator circles. Although the service was initially viewed as a way to share your interior decorating tips or plans with what shoes you’d like to buy, it’s clear that the “bulletin board” model is one that many classroom teachers are pretty darn familiar with: take a topic that you want students to know about, and design a visual presentation around it. Gather a bunch of resources, and pin them up for everyone to see.

But like a lot of non-edu-oriented tools that find themselves adopted in edu-settings, there are certainly things that Pinterest doesn’t do quite right, or that it could do better – stepping back a tad from an excessive focus on consumption being the least of which, in my opinion.

Nevertheless, the interest in Pinterest makes for a great opportunity for an education company to build a better version, one that takes advantage of our fondness to pin and share online but that also recognizes that we must do more than just build a visually appealing “content delivery system” if we’re really going to make something that works for teaching and learning.

Enter Grockit… Or Rather, Enter Learnist

It’s no surprise to see a startup grab this opportunity (least of which being the $1.5 billion valuation given to Pinterest just last week). It is fascinating, however, to see which one has done so: it’s Grockit, a social learning company that up ’til now has been focused on test prep. Today, Grockit introduces Learnist which it describes as “a way for anyone to share what they know” and which I’m sure every tech blogger, myself included, will use the “Pinterest for education” comparison.

In many ways, the launch of Learnist marks a substantial pivot for Grockit, which does say it will continue to offer its test prep services but will focus primarily on the social learning aspects of its new site as it moves forward.

But Learnist isn’t really that big a pivot for Grockit if you’ve ever spent time with founder Farbood Nivi, who’s always far more interested in talking about social learning than about SAT scores. And despite the adaptive learning engine that underlies Grockit’s test prep offerings, the company has always stressed “people” over “algorithms.”

Like Pinterest, Learnist allows people to pull together various resources from the Web – blog posts, music, videos, imagese, podcasts – and assemble them into lessons. Those resources can be annotated with notes and explanations and then ordered so that the sequence makes sense to learners – remixing plus knowledge mapping. The social element – sharing and commenting – is integrated throughout; you can push “learnings” to your Facebook timeline; you can follow people as well as topics. As learners move through the resources, they can check off the “learnings” they’ve completed. And they can add and suggests new learnings, as well as suggest experts (or, well, “others”) contribute to particular boards. 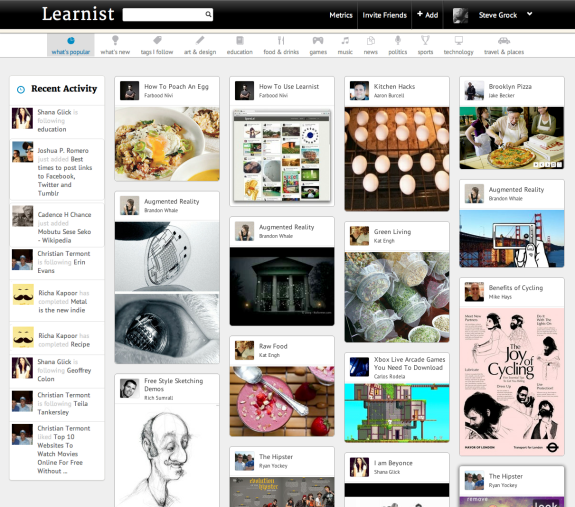 iOS apps are in the works too – the iPad app will focus mostly on reading and watching while the iPhone app will be designed around recording “learnings” (taking photos, recording video, and so on).

The content of the boards created during the Learnist beta give some indication of how this tool can work for both core curricula and for lifelong learning. You can learn about where to get the best pizza in Brooklyn. You can learn about simplifying algebraic expressions. In the case of topics like the latter, Grockit practice questions are included in the boards, and Nivi says that by the time the new school year rolls around, they’ll have boards available for all the Common Core State Standards.

Learnist is still in beta, and you still need to request an invitation to join (I have a handful to hand out – leave your email address in the comments and I’ll send you one). Attracting a strong user-base to the site will be the first challenge for the site, particularly as the emphasis is on social learning. Although Learnist isn’t really a challenger to a site like Wikipedia, I think there are important lessons to be learned there about the power of volunteer editors and about the struggles to define what constitutes the “right thing” or “right information” – let alone the right learning.