Unable to get his DREAM Act through Congress, President Obama has issued an executive plan that would would involve granting many of those same provisions to young illegal immigrants. The administration will stop deporting those under 30 who came to this country illegally as children and will offer them work permits. Pulitzer Prize winning journalist Jose Antonio Vargas wrote about his status as an illegal last year and in a recent TIME article as well. This policy change will effect some 800,000 young immigrants who live in fear of deportation. (But not Vargas, who just turned 31.)

Scotland’s Argyll and Bute Council has reversed its decision to censor the photos of school lunches taken by 9-year-old Martha Payne and posted to her blog. The school council originally banned her from doing so, upset at the criticism that her blog generated about school lunches. But after a storm of protests from The Internet, it appears as though they’ve changed their minds. Keep journalist-ing, Martha! 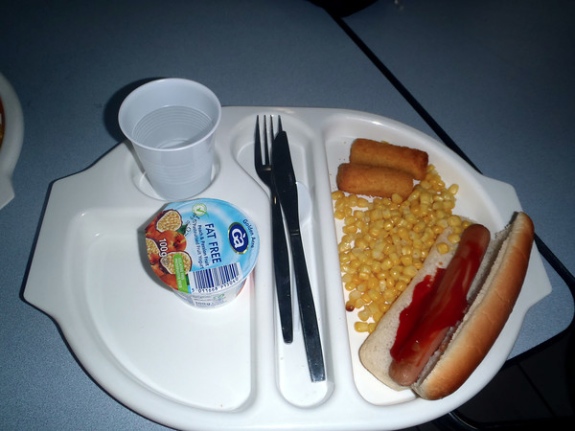 News broke earlier this week that the State Department is signing a $16.5 million no-bid contract with Amazon to provide Kindles and content to overseas language-learning programs. Initial reports pegged the cost at between $2000 and $5000 per device. Although the State Department was quick to say “nothing’s in writing yet!” there are still lots of questions about how the program could cost so much. PaidContent’s Laura Hazard Owen has the details.

The University of Puerto Rico’s Joseph Henry Vogel has secured a patent for a method to stop students from sharing textbooks. Dumbest patent ever.

Apple held its annual developers conference this week and unveiled updates to its MacBook lines and its Mac and mobile operating systems. I wrote about the end of the white MacBook here, and Wired’s Kyle Wiens calls the new MacBook “the least repairable laptop we’ve ever taken apart.”

A new open-access, peer reviewed journal launched this week: PeerJ. Rather than expensive subscription fees and rather than charging researchers to publish their works, PeerJ will charge a lifetime fee of $99 for authors. The Scholarly Kitchen takes a look at the business model, asking questions about how the requirement that all authors pay that fee might be a disincentive for “honorary authorship,” the ways in which researchers recognize the important contributions (such as in citizen scientists’ discovery of the Green Pea Galaxies or gamers’ enzyme discoveries with Fold.it)

Education app-maker Motion Math has launched its latest iOS game and its first one aimed at preschoolers: Hungry Guppy. The startup also announced that it’s crossed the 1 million downloads threshhold.

Duolingo, one of the startups I chose as my favorites of 2011, has just released its French-language version. Duolingo was created by the inventor of CAPTCHA and uses a similar sort of crowdsourcing effort to translate the Web. In the meantime, users learn a language. The startup is still in closed beta.

Instructure unveiled its learning analytics platform at its annual user conference this week. (See my story here). The learning management system startup also announced that it’s won the contract for Cisco Networking Academy, a program that serves about a million students worldwide.

Educational wiki provider Wikispaces announced the integration of Google Apps for Education into its wikis. Presentations and documents can now function as wiki pages (rather than just be included as embedded docs).

The Bodleian Library is considering lending books, which seems to have some Oxford scholars in a tizzy. The library opened in 1602 and has been an exclusive club, errr, reference library.

The popular Speak For Yourself app, which allows young autistic children to communicate, has been pulled from the Apple app store due to patent litigation. The holders of the patent don’t actually plan to make an app; they’re just suing. Did I mention yet in this post how dumb patents can be?

In news that’s baffled many students and faculty, the University of Virginia’s president Teresa Sullivan has stepped down, after just 2 years on the job. She was ousted by the university’s executive board which called an emergency meeting last weekend and announced the news Sunday afternoon. According to the statement released by the board, the “environment calls for a much faster pace of change in administrative structure, in governance, in financial resource development and in resource prioritization and allocation. We do not believe we can even maintain our current standard under a model of incremental, marginal change. The world is simply moving too fast.” UVA’s faculty have issued a letter in strong support of Sullivan, saying that they’d been optimistic about the changes she was making.

Paypal co-founder, billionaire, libertarian and anti-college-but-has-several-degrees-and-teaches-at-Stanford hypocrite Peter Thiel announced the second round of students who’ll receive $100,000 from him to drop out of college. VentureBeat has the full list of students. Echoing last year’s selections, the Thiel Fellows are overwhelmingly male: just 2 out of the 20 are women.

Although the actual funding was announced last fall, there was a bit of a dust-up this week over the Gates Foundation’s backing of “galvanic response skin bracelets.” As part of its Measuring Effective Teachers projects, the foundation has handed out over $1 million in grants to research how we can monitor students’ responsiveness and engagement. Diane Ravitch, the Washington Post, and Reuters were all wrote about the story with sufficient alarm and Orwellian references.

CodeNow, a DC-based non-profit that helps teach kids to code, is turning to IndieGoGo to crowdsource its latest funding efforts. It’s hoping to raise $15,000 to pay for its summer training session.

Earlier this month, I mentioned the growing market for “gadget storage trucks” that park outside schools and charge students to store their cellphones (which are banned at school). In New York City this week, one of these trucks was robbed at gunpoint, with over 200 student cellphones stolen.

It’s not official data, but Georgia Tech CS professor Mark Guzdial reports that there’s been a significant increase in the number of students who took the CS AP exam this year – up about 20% from last year.