Typically, discussions about this involve student information systems – students’ names and grades – and the inability for other applications that schools use to pull from or feed into them. But “student data” is more than that. Now it includes everything that a student does digitally. So when there is no portability, it isn’t simply that thee data about enrollment or test scores is trapped in these systems; it’s that students can’t control, access or keep their own information.

This past weekend, I spoke with a mom who told me about the new 1:1 iPad program at her daughter’s middle school. At the beginning of the year, the school offered parents the chance to buy the iPad. But this particular mom said she couldn’t afford it, nor was she particularly interested in doing so – she wasn’t convinced the iPad was useful or necessary, let alone “worth it.” But as the school year progressed, and she saw all the things her daughter was using the iPad for, she changed her mind. So at the end of the year, when it was time to return the iPad to the school, she asked if she could purchase it. “No,” the school said. She’d missed her one and only chance at the beginning of the year. The school took the iPad back.

But it wasn’t just the device that the school took back. There was data on that device – all the student’s assignments, all her drawings, all her creative writing, all her photos, and yes all the free games she’d played and levels she’d achieved. In most cases, that data was trapped in those apps. No iPad for this family now means no record of much of what this young girl did in sixth grade.

We can cheer for the end of the paper-oriented classroom all we want; and much of the reams of papers that kids bring home at the end of the year probably just gets tossed away. But at least with paper we have that option. In an increasingly digital world – and a world without data portability – we don’t have that option. Students and their families have very little control. And we aren’t asking enough hard questions when we adopt technology tools in the classroom about this: how do students get their data out? Is data stored in the cloud, and is it accessible via a Web interface? 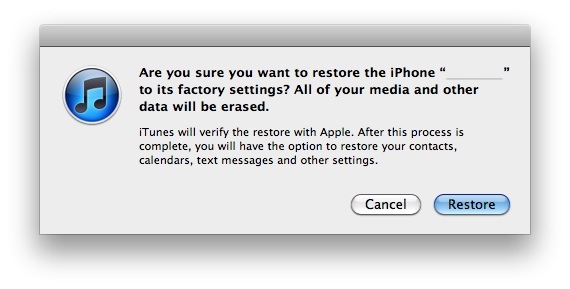 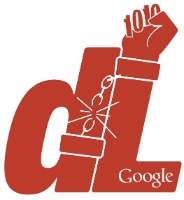 This story weighed heavily on me as I ventured in to the ISTE 2012 Exhibit Hall. I had my boyfriend Kin Lane who works as an API evangelist in tow. We planned to walk up and down the aisles and ask every company whether or not they have an API, an application programming interface. As I’ve written about here previously, an API is a way for applications to communicate with one another, to request and to share information. An API isn’t a guarantee that you won’t end up with data silos, but having one is certainly a sign that the application is built to be extensible -- and extensible without having to have special downloads or special partners or secret handshakes to make things happen.

So I can’t offer a complete listing of who on the showroom floor had APIs. But based on our small sample, most do not. Most of the folks working the booths didn’t know what APIs are. (And, sorry, this is a tech conference, so no excuses for that.) “This is the first time anyone has asked ever asked me this question,” one person said. That means it isn’t just the tech companies’ problem here; it’s educators’ too.

A few bright lights in an otherwise dismal trip through the Exhibit Hall:

The Gates Foundation-funded Shared Learning Collaborative is working on infrastructure to help address the problem of data siloes, as are startups like LearnSprout (which I covered here) and the newly-launched Clever, neither of which were exhibiting but both of whom are building APIs to help third-party developers connect their apps to SISes.

In some ways, I'm confusing two topics here, I realize:  data portability and APIs.  They're related, sure, but not always directly.

Yet it’s clear that many of the legacy software systems in education have been constructed with no consideration of data portability and student ownership of data. And it’s clear too that many tech folks recognize this (startups in particular). But consumers – teachers, students, principals, parents, librarians, etc – have to get smarter about this as well.

If you had to give up your iPad tomorrow, what data would you lose? What happens if your favorite tech tool goes out of business tomorrow? Why use a tool that doesn’t offer data portability? It’s your data, right?