Google IO and the "Education Story" 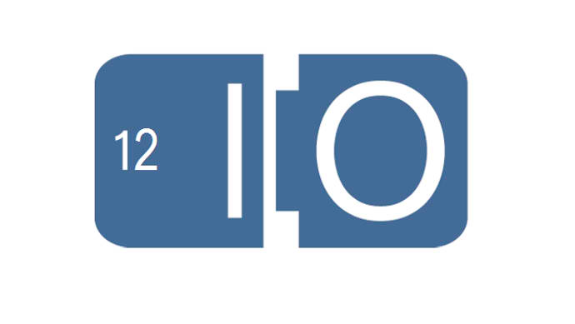 The announcements from the Day 1 Keynote at Google IO yesterday prompted my Inside Higher Ed colleague Joshua Kim to write a lament that there wasn’t an education angle to the news or an education focus to the products that Google unveiled on stage. (In case you missed the news from yesterday, Google announced the latest Android operating system, a new Google tablet, and the Nexus Q, as well as the chance for those in attendance to get their hands on a pair of the new Google glasses.)

I’m pretty sure I’m the only education technology reporter here at Google IO. And I’ve promised a friend not to write a story touting how Google Glass will “revolutionize” education. Perhaps someday in the future, the type of heads-up display that Google co-founder Sergey Brin showed off with such flair will be used in education. But yeah, it's not a revolution. It's not even a story. Yet.  But I digress...

But as the only edu-journo here at Google's annual developer conference, I didn’t walk out of yesterday’s keynote disappointed at all that Google hadn’t uttered “education” or “learning” at all. Clearly the Nexus tablet, the focus of Kim’s story, isn’t an education device. It’s not really an iPad competitor either, I’d argue. The Nexus tablet is an Amazon Kindle Fire competitor. And the Kindle Fire, as I’ve argued elsewhere, is definitely not an educational tablet.

Now, I realize that many in education are terribly excited about the potential for tablets. Cue more headlines about "revolution."  And to that end, K–12 schools in particular have purchased a lot of iPads. It's not surprising then that many people have been expecting, even hoping for, a tablet competitor (in the education market as elsewhere), someone to step up to offer an alternative to Apple.

Will it be Amazon? No, not based on the Kindle Fire it won't be. Will it be Microsoft? With the recently announced Surface, maybe. Will it be Google? No, not if you're looking at Google's newly released Android tablet.

In fact, I'd argue that this whole concern for an education tablet from Google misses the point entirely of what the company is doing in education.

Google’s interest in education isn’t about a piece of hardware, even though it’s clear that that the Android operating system is important to Google and it’s clear too that Apple has pressured Google to enter into the hardware business.  But those are consumer plays, not education ones.

Google’s interest in education involves the Web. It's centered on Google Apps for Education and, by extension, on the Web apps that are in the Chrome Web Store. (True, Google has the Chromebooks, and yes, that is a hardware play. But remember, the Chrome operating system is all about the Web.)

All the things that Kim says he wants to see in an educational Android appstore – courses, transcripts, badges, coursepacks, textbooks – are already on the Web. Why do we need these in an app? Why would Google want them in an app? (Apps and their content aren’t indexable by search engines, after all.)

Today’s Google IO Keynote, incidentally, was all about the Web. (Day 2 of Google IO always is.) Google touted the phenomenal pace of adoption of the Chrome browser and of its Google Apps offerings. (The one mention of education during the IO keynotes came here, in the long list of schools that have "gone Google.")  The company also unveiled new features for the Chrome browser, for the Chrome OS, and for Google Drive. (Google Docs are finally available offline. Hooray!) It also introduced iOS versions of the Chrome browser.

And that’s a key piece of news, and one that's pretty indicative of Google's bigger vision – it isn’t just the fact that the world’s most popular browser can now work on all those iPads and iPhones.  Chrome on iOS highlights the importance of cross-platform and cross-hardware support.  And it’s a recognition that when Google talks about the future of mobile, it doesn’t just mean Android. It means the mobile Web.

Kim ends his piece in Inside Higher Ed by asking why Google is ignoring education in its mission to organize the world’s information.  I'm not really sure how you could argue that, frankly.  In fact, I fear that by only thinking about education in terms of apps – whether they’re Android or iOS – we're the ones who are losing sight of our mission to organize, offer, and access the world's information.  All that info -- for now at least -- can be found on the Web.  Let's not be in such a big hurry to stick it all into a native app.